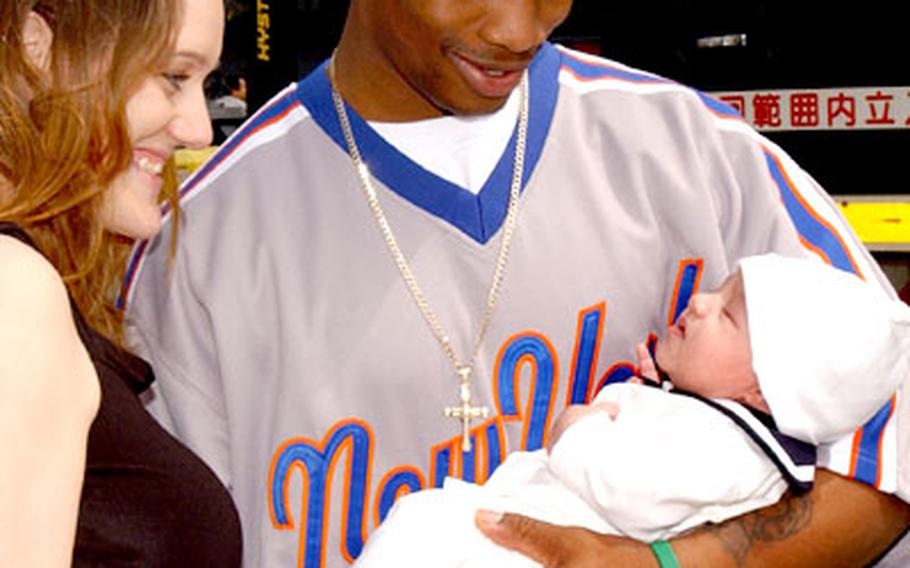 Sailors aboard the USS John S. McCain stand on the weather decks searching for their loved ones on the pier at Yokosuka. (Gary Granger / U.S. Navy) 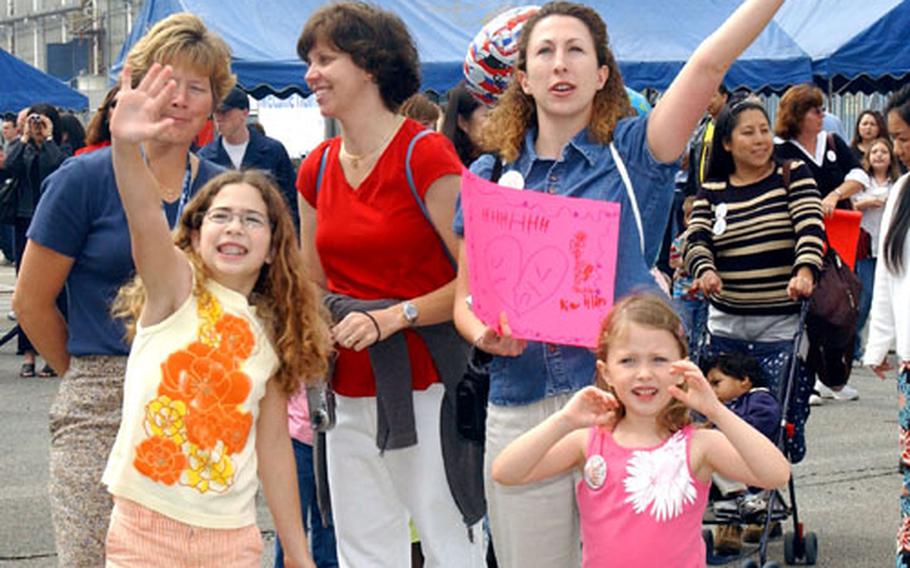 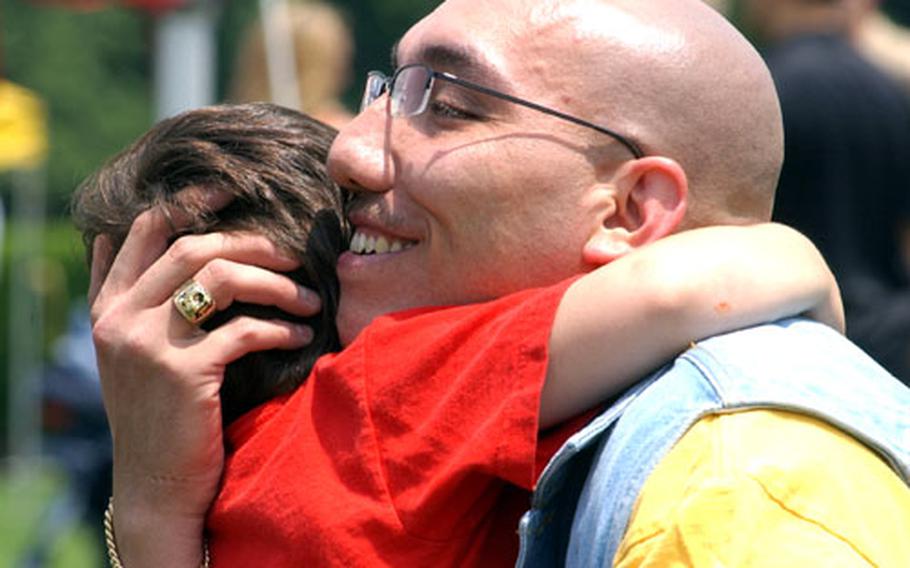 The USS Kitty Hawk and its strike group sailed home to Yokosuka Naval Base, Japan, on Monday after three months at sea, four port calls, several exercises and more than 25,000 nautical miles traveled.

During the spring tour, the approximately 5,000 sailors and airmen aboard the ship traveled to Hong Kong, South Korea, Singapore and Australia.

With its strike group &#8212; which includes the USS Chancellorsville, the USS John S. McCain and the USS Vincennes &#8212; the Kitty Hawk took part in the joint Foal Eagle exercise off the coast of South Korea and the long-range War-At-Sea exercise, according to a ship news release.

A week after the Kitty Hawk left port Feb. 18, Secretary of the Navy Gordon England visited the ship to thank the sailors and airmen for their work.

Sailors aboard the ship took part in community-relations projects and hosted receptions at each port of call for hundreds of visitors.

During a four-day visit to Singapore, sailors helped disabled adults and joined Singaporean teams for soccer, basketball and softball.

In Fremantle, Australia, sailors spent five days visiting the country and participated in an outdoor cleanup.

During the tour, the ship&#8217;s crew conducted a two-day missile exercise to practice handling and firing live ordnance.

During the three months, the ship consumed about 12 million gallons of fuel, officials reported.

The Kitty Hawk is the Navy&#8217;s only permanently forward-deployed aircraft carrier.