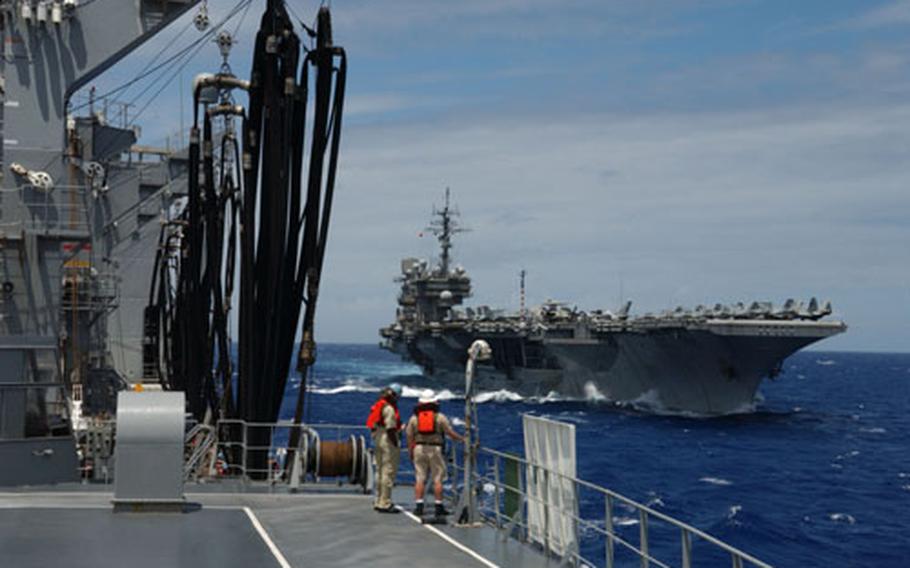 USS Kitty Hawk makes its approach to the oiler USNS Yukon to commence a replenishment-at-sea. (Courtesy of U.S. Navy)

USS Kitty Hawk makes its approach to the oiler USNS Yukon to commence a replenishment-at-sea. (Courtesy of U.S. Navy) 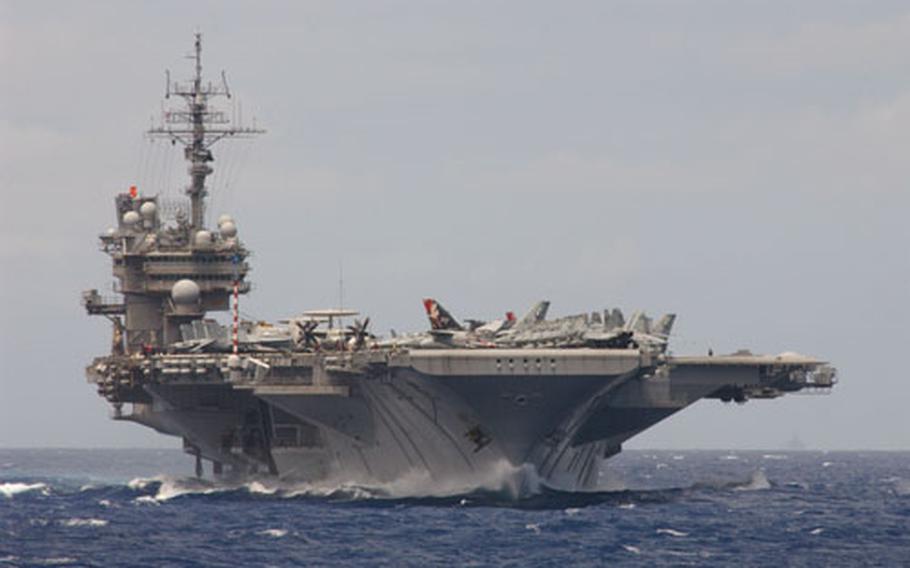 USS Kitty Hawk plows through the waters of the Pacific Ocean as it makes its approach to the oiler USNS Yukon before starting a replenishment at sea. (Courtesy of U.S. Navy) 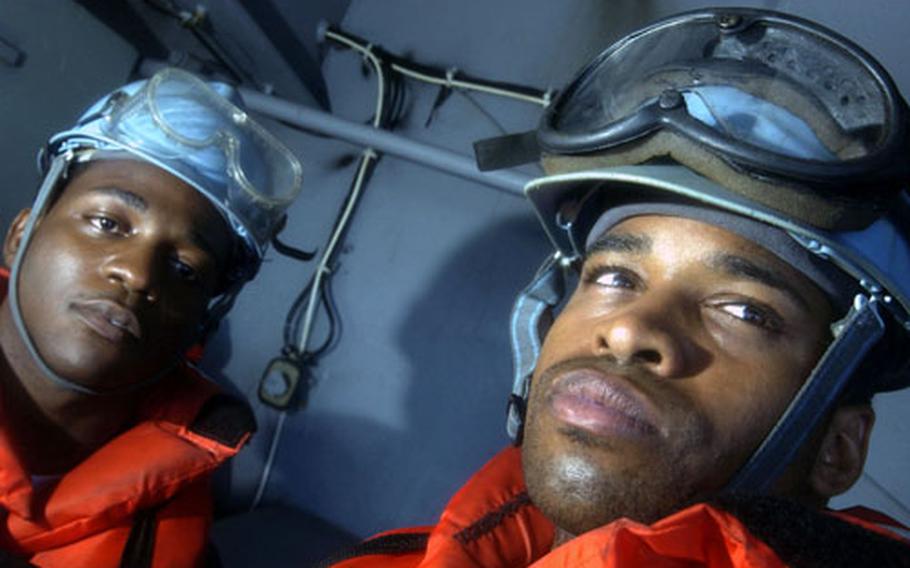 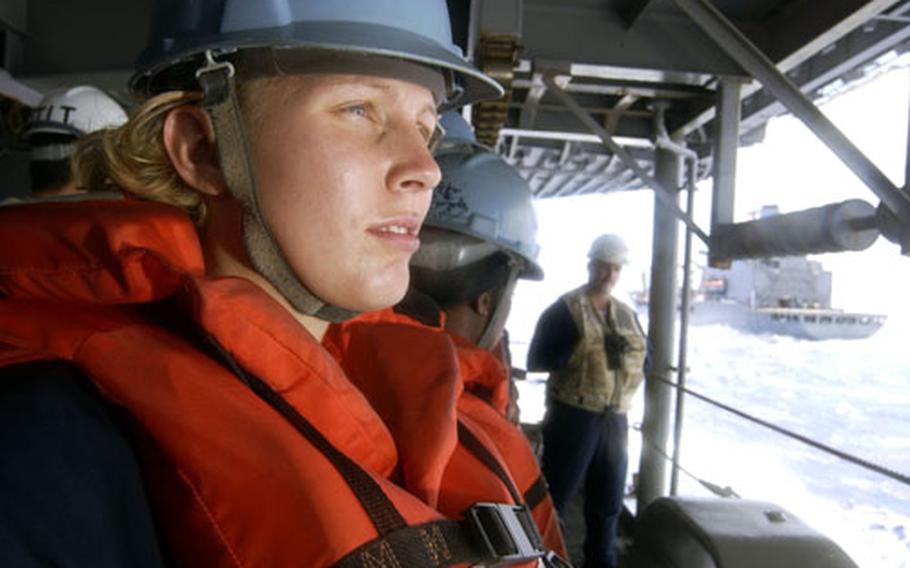 Seaman Kim Tromburgh of Boise, Idaho, stands by while the USS Kitty Hawk comes alongside the replenishment oiler USNS Yukon to conduct replenishment at sea. (Courtesy of U.S. Navy)

It was sort of bad weather, with winds around 40 knots (46 mph) and 6- to 8-foot seas, because of a typhoon named Rananim to the south. But the USS Kitty Hawk needed to fuel and cruise away from the storm so it could continue its mission flying planes, and maybe the weather would get worse. So the razz, or replenishment at sea, was moved up a couple of days as the Kitty Hawk cruised in the western Pacific earlier this week.

As the Kitty Hawk cruised along at 15 knots (17 mph), the USNS Yukon and its tremendous, serpentine gas hoses pulled alongside. Some 500 Kitty Hawk sailors got cracking, doing all the heavy lifting, complex calculations and tense ship driving needed to refuel the carrier as it cruised less than 200 feet away from the Yukon.

Lt. Cmdr. Bruce Deshotel of the deck department and his crew got ready on the wet, windy deck to shoot projectiles over to the Yukon from rifles, to start winching up the wires and cables that would bring the three giant gas hoses over to the carrier ports, as well as a rudimentary phone line so the ships could communicate.

On the deck, one of the worst things that can happen is for a wire to snap and snake around the deck. Since they&#8217;re under some 10,000 pounds of pressure, the wires can take off limbs. About five months ago during a fueling a line snapped, catching a sailor in the head, breaking his jaw and knocking out four teeth, according to Seaman Brian DuBois. When he came to, &#8220;He didn&#8217;t want to leave,&#8221; DuBois said, but the medics made him.

For the ship as a whole, the worst that could happen would be for the oiler and the carrier to collide. The goal is for the ships to remain about 170 feet apart. More than 180, the lines snap, and less than 160, &#8220;You start to see the whites of their eyes, and everybody gets scared,&#8221; Deshotel said.

Before the unexpected razz began, Senior Chief Petty Officer Elvis Buckhalter had given the crew, which included two new seamen who had just arrived the day before, a little pep talk.

Up many levels, on the bridge, Parker directed numerous officers, including the navigator and conning officer, as they steered the ship by degrees to keep the refueling going smoothly, even as the USS Chancellorsville pulled up on the oiler&#8217;s other side to refresh its fuel tanks.