Kitty Hawk crew back, but not bored, at Yokosuka 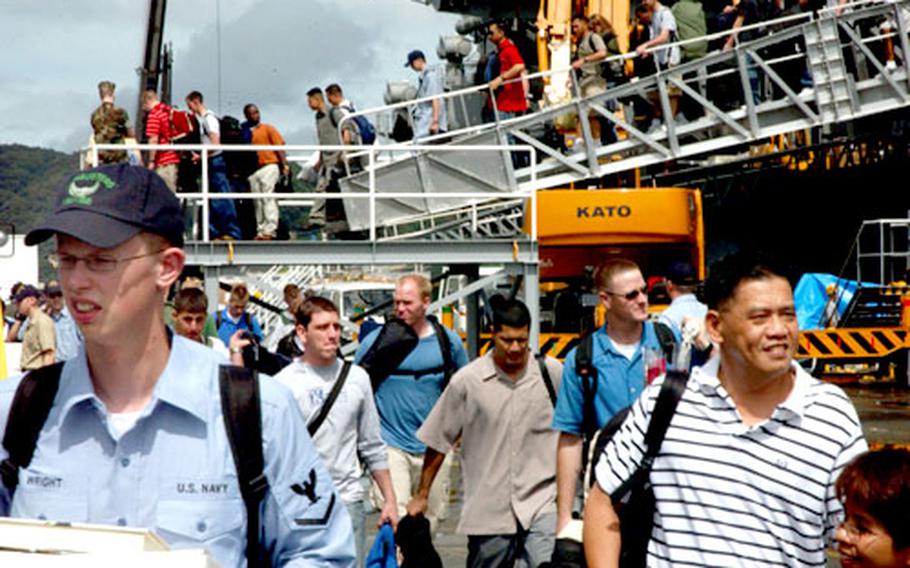 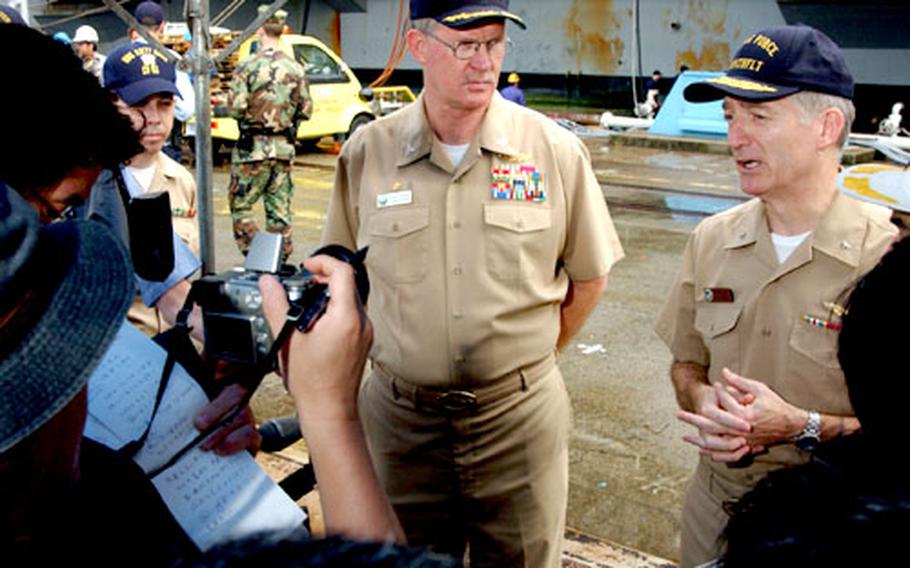 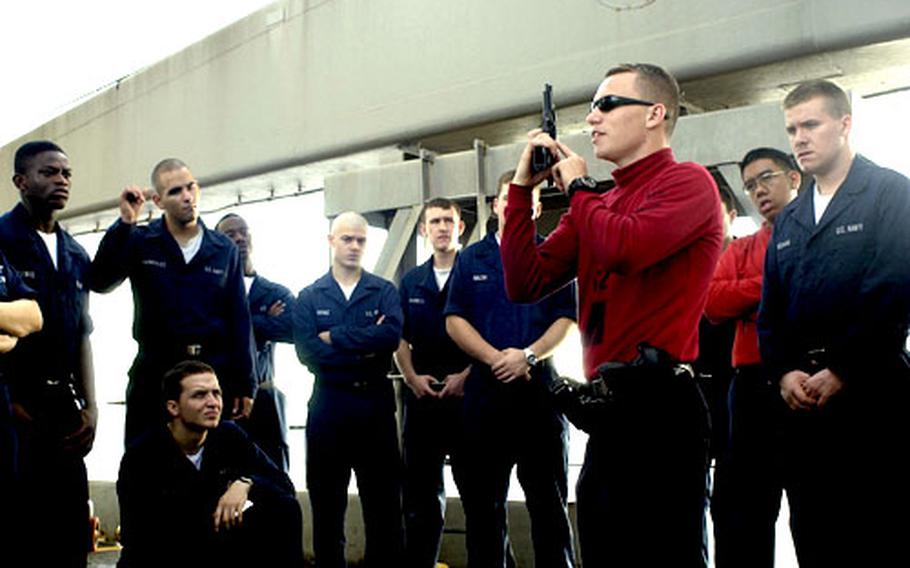 Petty Officer 2nd Class Brenton Davis of Meadville, Pa., a gunner&#39;s mate, holds training on the 9mm pistol for a group of sailors preparing to qualify on the weapon. Sailors are required to qualify to shoot a 9mm pistol prior to standing any armed watches in port. (Andrew Wiskow / Courtesy U.S. Navy) 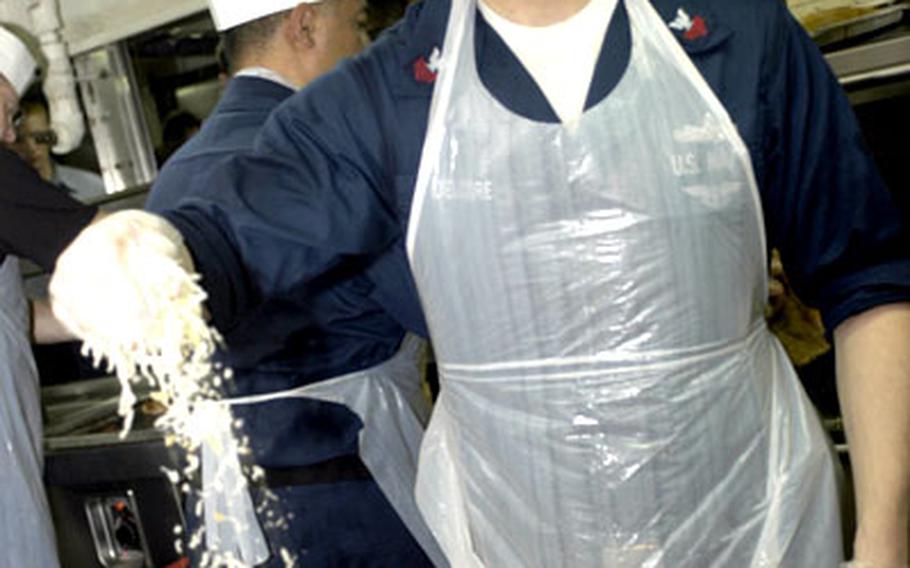 YOKOSUKA NAVAL BASE, Japan &#8212; The USS Kitty Hawk moored at Yokosuka Naval Base one day after Labor Day, after a busy summer cruise filled with exercises, inspections and typhoons.

But for Kitty Hawk sailors, the labor never ends.

&#8220;We&#8217;re going to give liberty as much as possible today and tomorrow, but we have to hit right back into it on Thursday,&#8221; Lt. Cmdr. Brook DeWalt, Kitty Hawk spokesman, said Tuesday afternoon.

On Thursday, DeWalt said, more than 1,000 E-4s were expected to take the Navy Advancement Exam, which tests their knowledge in their rates, toward promotion to E-5.

The ship and its crew of some 5,000 departed from Yokosuka July 19 and took part in what the Navy called &#8220;Summer Pulse 2004.&#8221; It was the first time six carrier strike groups all deployed in waters around the world within 30 days.

Then the Kitty Hawk became the only West Coast carrier to pass the big Maintenance and Materials Management (3m) Inspection on the first try &#8212; and the first carrier ever to score a 95 on the inspection.

In the meantime, Carrier Air Wing 5 aviators and air crews engaged in joint operations with the USS John C. Stennis and the Air Force, even as typhoons forced the carriers to maneuver around the seas to dodge the worst of the weather and forced aviators and crew to work in rolling seas and on a pitching deck.

Then there was another inspection. The Tailored Ship&#8217;s Training Availability preceded a final evaluation of the ship&#8217;s operational readiness. The tally, as decided by a team from the Afloat Training Group Pacific, was 377 out of 400.

What was up with the ship, which hasn&#8217;t always scored so highly and is expected to be decommissioned by 2008?

&#8220;I think we are gaining a culture of excellence on board here,&#8221; Cmdr. Gary Peterson, Kitty Hawk executive officer, remarked in a news release.

Capt. Tom Parker called it &#8220;an outbreak of excellence,&#8221; according to the release, and said sailors had proved &#8220;Kitty Hawk, although the oldest ship in the fleet, is just as capable as any carrier in the fleet, and better than most.&#8221;

Sailors got a brief respite Aug. 19 when the ship pulled into port in Guam. They were scheduled to stay several days. Many had booked hotel rooms.

But on Aug. 21, the ship made an emergency recall to escape Typhoon Chaba. Sailors rushed back aboard. And it was back to work.