Kinnick students' production focuses on the issues they face as teens 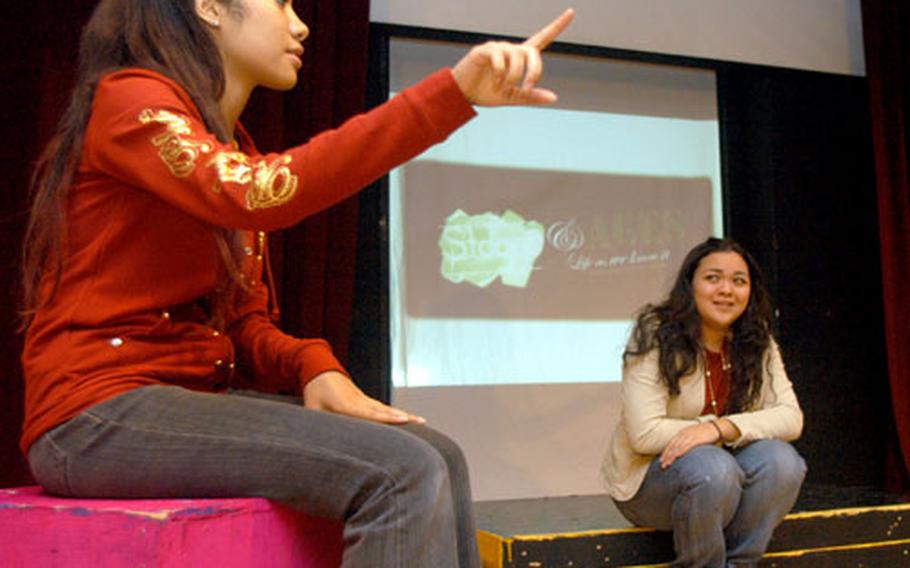 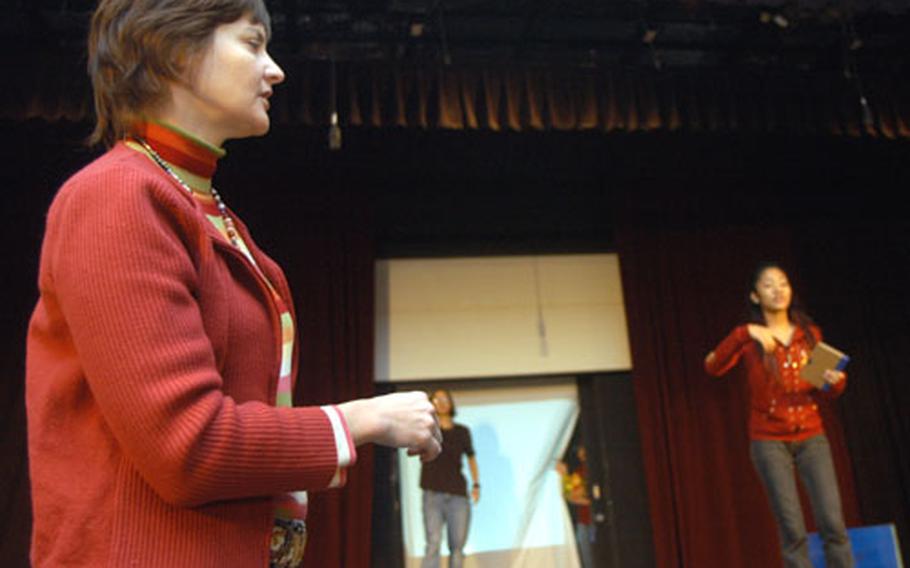 Theater teaching assistant Yvette Vandermolen wanted to take students through the authentic process of writing and directing for the stage. (Allison Batdorff / S&S)

The controversial elements merited a preview Tuesday by David Tran and Shelly Kennedy, respectively Kinnick&#8217;s principal and assistant principal. The show still was &#8220;a little rough around the edges,&#8221; Tran said.

Theater teaching assistant Yvette Vandermolen said the students expected a little language editing. She said she was glad they weren&#8217;t dealing with other issues &#8212; such as gang violence and domestic assault &#8212; tackled by some of the other community groups she&#8217;s worked with.

Even so, the audience &#8220;should react,&#8221; said Eunice Magnusson, 15, who wrote about morphing attitudes towards the simple things in life and the lost innocence of a barefoot child.

The production came from a performing-arts student exercise centered on the authentic writing-for-theater experience, the teaching assistant said. Students submitted their own stories, staged them and fine-tuned the scenes by collaborating with student actors.

Audiences will be involved in developing the pieces further, Vandermolen said.