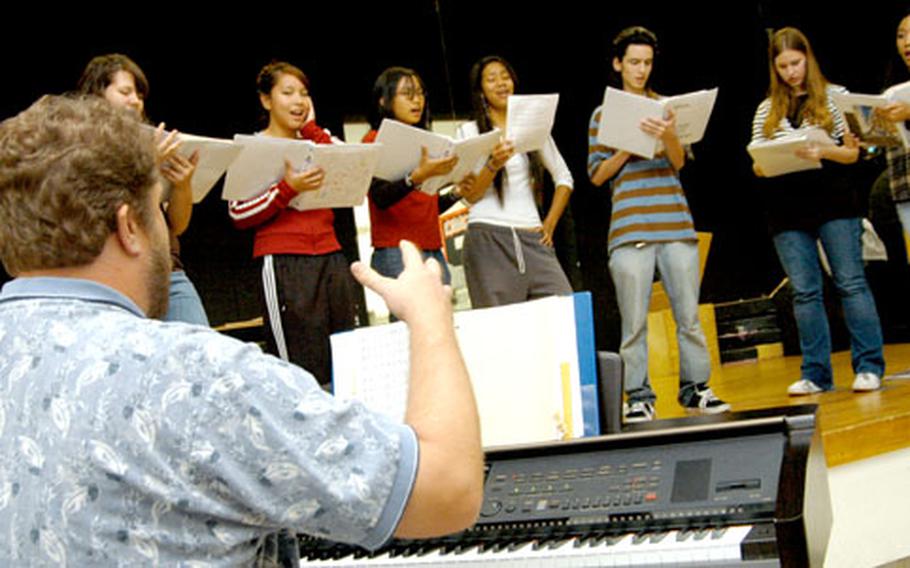 The Nile C. Kinnick Show Choir practiced Wednesday for the United Nations’ environment-focused “Our Forest Is Alive” show in Kawasaki on Sunday. The choir performed more than 30 times in 2005. (Allison Batdorff / S&S)

The Nile C. Kinnick Show Choir practiced Wednesday for the United Nations’ environment-focused “Our Forest Is Alive” show in Kawasaki on Sunday. The choir performed more than 30 times in 2005. (Allison Batdorff / S&S) 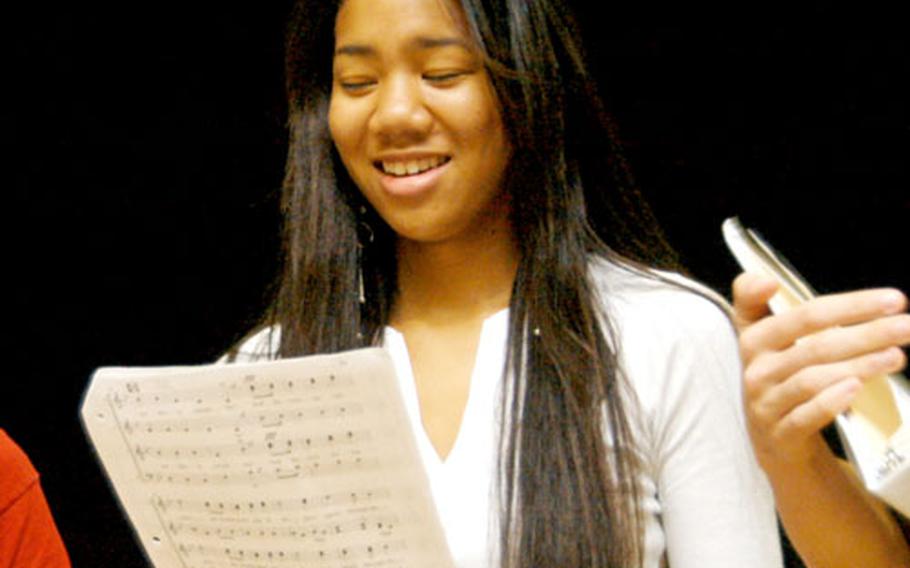 &#8220;Beast,&#8221; promptly answered Cody Bauhs. Kinnick&#8217;s Show Choir has made such great strides in the past few years that none of his buddies give him a hard time for singing, he said.

Others seem to agree: The show choir did more than 30 performances in 2005, racking up awards as well as a standing ovation at a gathering of all secondary school principals in Kanto Plain. Last week, the show choir sang at the Tokyo American Club for the College Women&#8217;s Association of Japan. This Sunday they&#8217;ll sing in the United Nations&#8217; environment-focused &#8220;Our Forest Is Alive&#8221; show in Kawasaki.

In Kinnick&#8217;s show choir, formally dressed students sing a variety of songs in English, Japanese and Italian. A few singers are adding Spanish, French and German songs to their repertoire, Rose said.

Getting this far meant &#8220;raising the bar&#8221; from former choirs, said Phillip Ulmer, who was choral director for four years. He now works in the Department of Defense Dependents Schools Japan district office at Yokota Air Base.

The group will present the &#8220;Our Forest Is Alive&#8221; concert on Sunday at the Muza Kawasaki Symphony Hall. The choir will perform the selections closer to home on Oct. 22, at 1 p.m. at Yokosuka&#8217;s Benny Decker Theater.