Kindergarteners get own space in Sicily 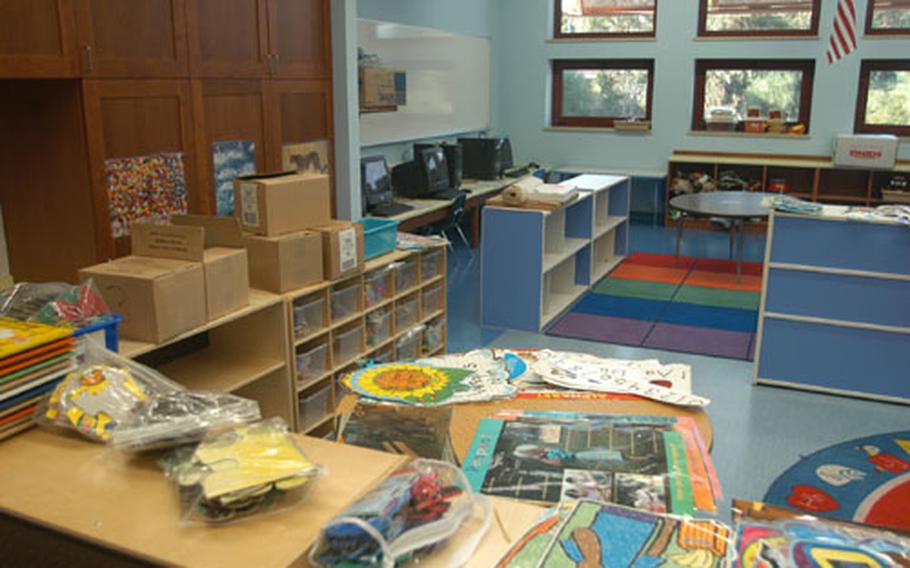 Sigonella&#39;s new kindergarten has everything from crayons to computers. Each of the classrooms has its own kid-sized bathroom and adult kitchen area. Each kindergartner will also have their own storage area for coats or school supplies. (Jason Chudy / S&S)

Sigonella&#39;s new kindergarten has everything from crayons to computers. Each of the classrooms has its own kid-sized bathroom and adult kitchen area. Each kindergartner will also have their own storage area for coats or school supplies. (Jason Chudy / S&S) 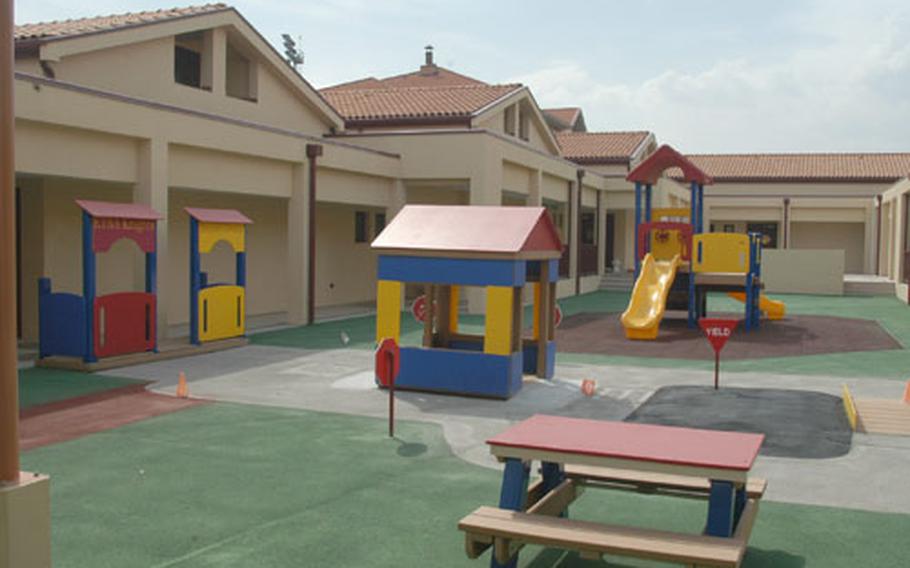 A playground in the center of the Sigonella kindergarten building depicts a city street scene, complete with buildings, street signs and roads. (Jason Chudy / S&S)

Kindergarten and preschool pupils in Sigonella, Sicily, don&#8217;t have to share the playground with the big kids anymore.

They have their own turf following the opening Tuesday of a new primary building at Stephen Decatur Elementary School. Previously, they had used regular school rooms.

The kindergarten and three preschool programs are now housed in seven rooms. In addition, kindergarten pupils can test their green thumbs in a playground area that features a vegetable and flower garden, and the preschoolers have a private playground in a courtyard.

And the new classrooms?

When the kindergarten went from a half-day to a full-day schedule last year, teachers needed four rooms instead of two. Two of the teachers had to hold class in a regular classroom.

Now, each class has a bathroom and furnished kitchen. The 105 kindergarten pupils store their backpacks in built-in cubbyholes. Last year, the hooks in the plain storage cabinets were too high for tiny arms to reach.

The old rooms were carpeted, a problem when water splashed off a table during imaginary fishing trips. The new rooms have Italian tile, new furniture and computer centers.

Austin is especially appreciative of the new supplies from the district superintendent&#8217;s office.

The $2.6 million building is part of a phased construction program at the school that will continue next summer, said Chris Morell, recapitalization manager for Naval Air Station Sigonella 1.

As old wings are torn down, displaced classes will rotate into temporary modular buildings. All the school&#8217;s buildings will be new by 2008.