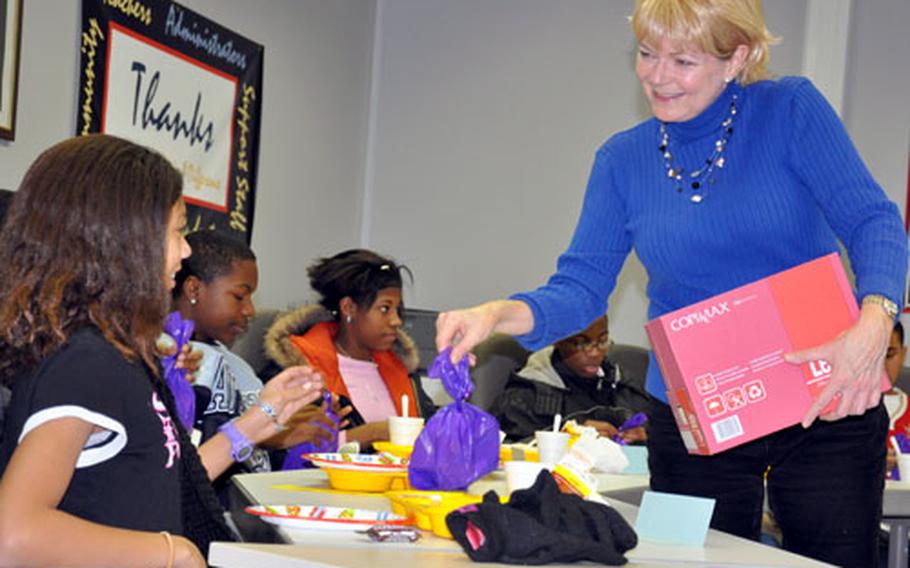 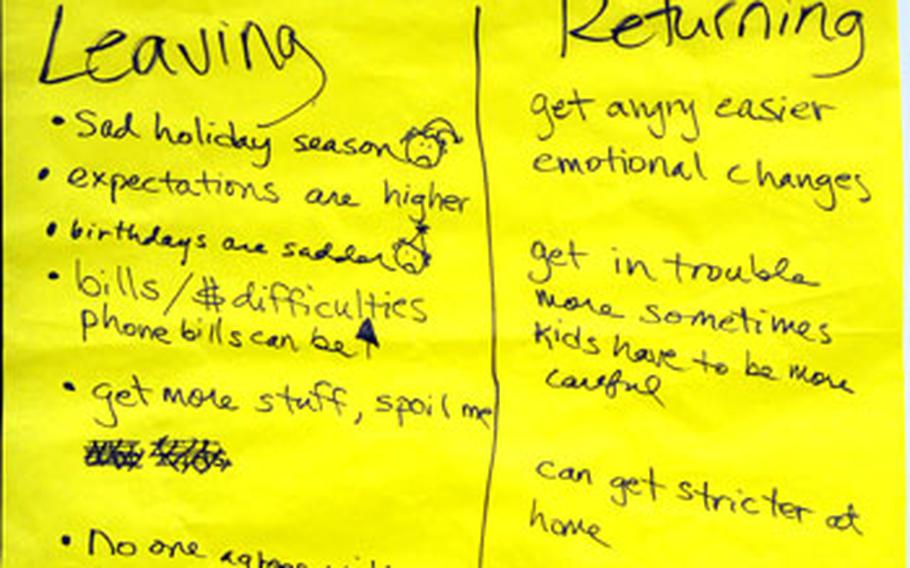 A chart in the classroom displays some of the issues students brought up concerning a parent&#39;s deployment. (Dan Blottenberger / S&S) 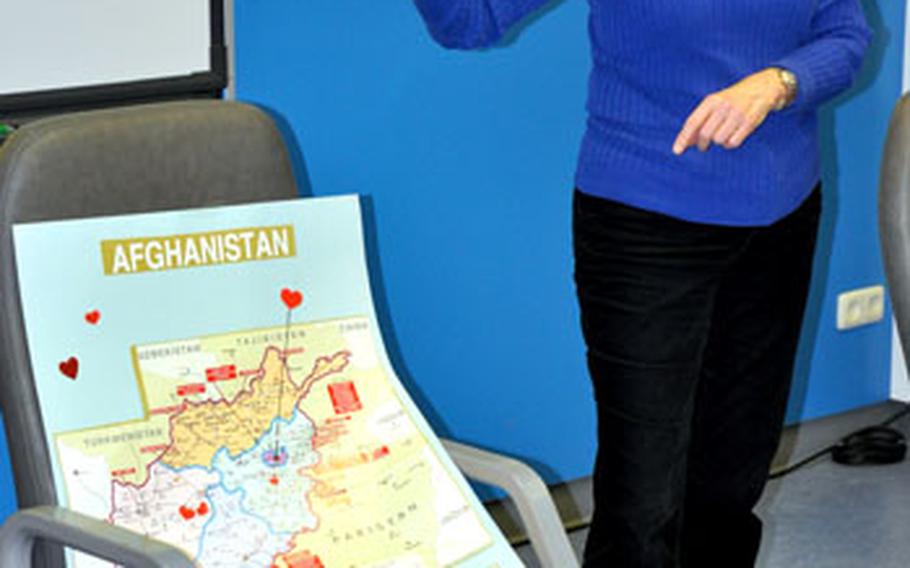 Beverly Brinn points to a map of Afghanistan that is marked with hearts representing approximately where students&#39; parents are currently deployed. (Dan Blottenberger / S&S)

BAMBERG, Germany &#8212; When a parent is deployed, holidays can be a stressful and sad time for students. But a school counselor in Bamberg hopes she has found a way to help young people cope with the separation.

Beverly Brinn, a counselor at Bamberg Middle/High School, formed a deployment group, in which students come together once a week during lunch to talk about whatever they have on their minds concerning their deployed parents. She came up with the idea two years ago and has been holding the lunchtime chats ever since.

&#8220;Would you please show with your hands how many times you have experienced a parent deployed for the holidays?&#8221; Brinn asked at a recent meeting.

Every student in the group raised a hand, showing with their fingers how many times a parent had been gone during the holiday season. Some of the students showed just one finger, several put up three fingers and two of the students placed all five fingers in the air.

Students then discussed healthy tips for surviving the holidays. Suggestions included surrounding themselves with other family and friends, sleeping in, listening to music, using a stress ball, writing a paper to express any feelings of anger and spending time with their pets.

School counselors found that several of the problems associated with deployment come from the emotional status of the parent who is at home with the child while the other parent is deployed, Brinn said.

An American Academy of Pediatrics study released in November also showed that a student&#8217;s behavior often reflects that of the nondeployed parent.

&#8220;The kid is the symptom when something is not right at home,&#8221; Brinn said, after a middle school child accidentally mentioned that his holiday plans included drinking.

&#8220;Statistics show that if kids are dealing with stressors and the unknown, like a deployment ... then people are more apt to use substances,&#8221; said Timothy Tobin, a counselor with the school&#8217;s Adolescent Substance Abuse Counseling Services.

&#8220;Everything we do is supposed to be therapeutic, helping and supporting ... the kids ... and in a small way actually providing mission readiness when a parent downrange has less to worry about. ... That might contribute to mission readiness.&#8221;