Kids tune in to ‘code talker’ 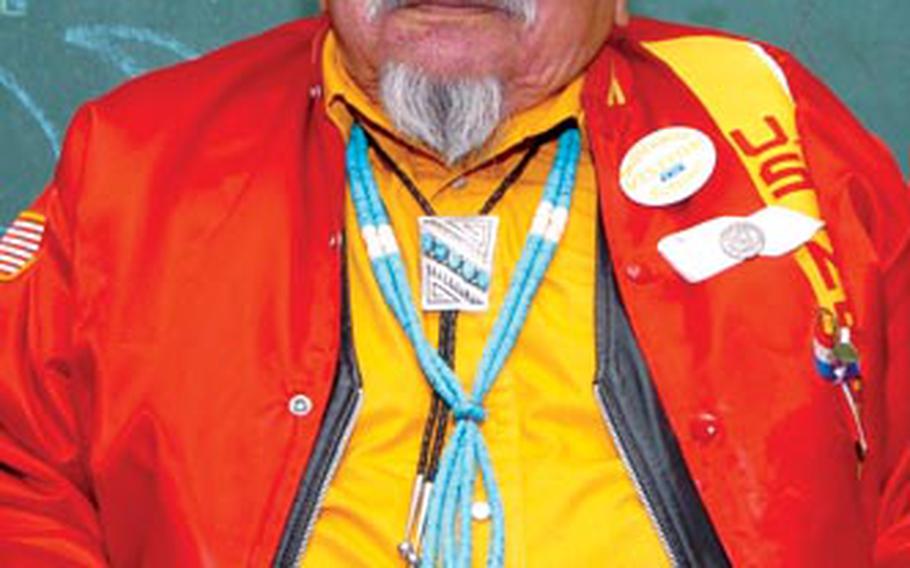 Samuel Smith, 82, lied to recruits about his age to become a code talker during World War II. (Tim Wightman/S&S)

Samuel Smith, 82, lied to recruits about his age to become a code talker during World War II. (Tim Wightman/S&S) 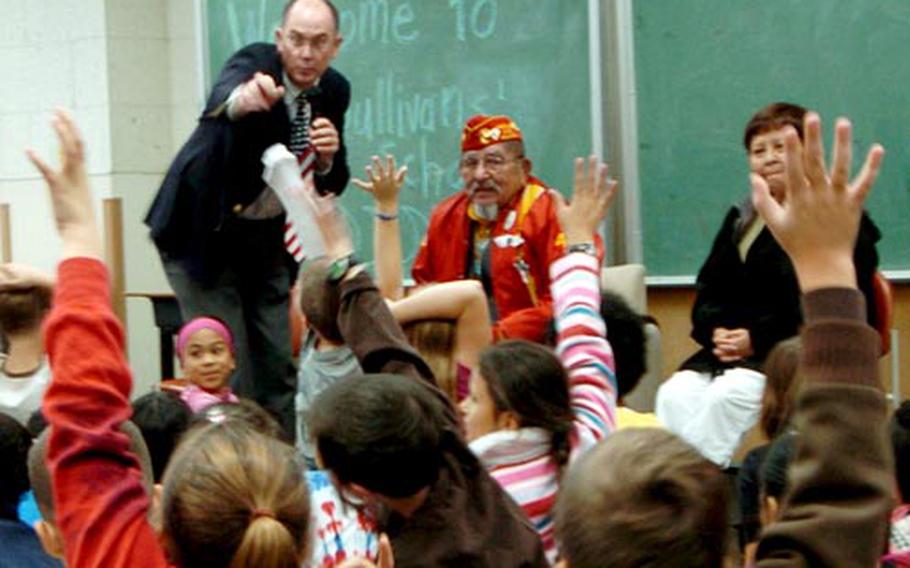 The Sullivans School Principal Walter Wilhoit calls on a student to ask a question during Navajo code talker Samuel Smith’s visit to the Yokosuka Naval Base school Wednesday. The code talkers used their native language to transmit secret, tactical information for the Marine Corps during World War II as a way to keep the enemy from decoding the messages. (Tim Wightman/S&S)

YOKOSUKA NAVAL BASE, Japan &#8212; A piece of living history visited Yokosuka Naval Base&#8217;s elementary school Wednesday to give students a first-hand account of his role in World War II.

Samuel Smith, a Navajo and former Marine, was a member of the so-called "code talkers," who transmitted secret, tactical messages using their native language over military telephones and radios.

"It&#8217;s not often that we get to witness or question or listen to a vet, especially a vet like Mr. Smith, who&#8217;s a Native American," The Sullivans School Principal Walter Wilhoit said. "So, I see it as Native American Heritage and Veterans Day all rolled into one."

The 82-year-old Smith joined the Marine Corps early in the war. He was 16 when he signed up, but told the recruiter he was the required age of 17, saying the recruiter would have to trust him because Navajos didn&#8217;t have birth certificates.

He told a curious fifth-grader that war for him was a scary experience at first, "but once I got in there, I was not afraid anymore. I wanted to get even all the harder."

Smith, who received the Congressional Silver Medal, awarded by Congress for noteworthy actions, described the code-talking process to the students.

"All during the operation, when something didn&#8217;t feel right, [the commanders] would give us a message written in English and the only time it&#8217;s coded is by lip over the air to the other ear," Smith said.

Then Smith gave the kids an example of a coded message, saying "Attack tonight" in Navajo. He added that all ships were spoken of in the Navajo code as fish and all aircraft were spoken of as birds.

His presentation went over well with students.

"The most interesting thing I heard is how it felt to be in the Marines," said fifth-grader Joshua Orciga. "He said that it was tough but you have to do it. It&#8217;s like sacrificing your life to save yourself."

Smith attributed some of that toughness to his grandfather.