Kids take their views to the polls 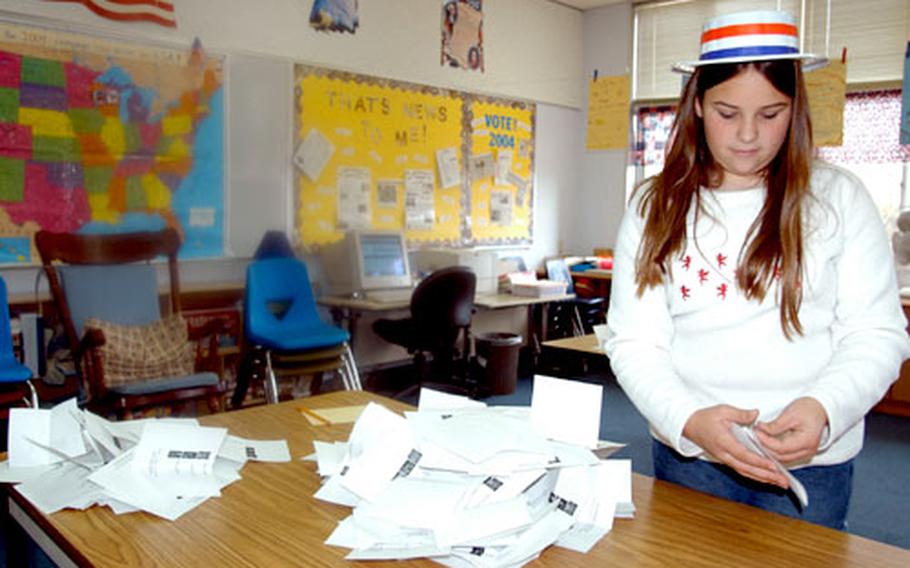 MISAWA AIR BASE, Japan &#8212; Sollars Elementary School&#8217;s fourth-, fifth- and sixth-graders went to the polls Thursday and overwhelmingly voted for the incumbent in a mock election.

The school&#8217;s votes will be counted as part of National Mock Election Day, when millions of students across the United States, as well as U.S. students living elsewhere in the world, get the chance to cast mock ballots in an exercise to promote civic awareness.

Sollars&#8217; gifted-education teacher, Lori Grant, organized the school&#8217;s mock election to get students interested in and excited about voting &#8212; so they&#8217;ll exercise their right to vote when they turn 18, she said.

But talk to the Sollars students, and some say they don&#8217;t even know for whom their parents voted.

Grant said the students researched the candidates and made campaign posters, and most are studying the election process in their curriculum. Some classes even watched the presidential debates, she said.

They also registered at school to vote in the mock election about two weeks ago.