Kids reach for the moon ... and touch it 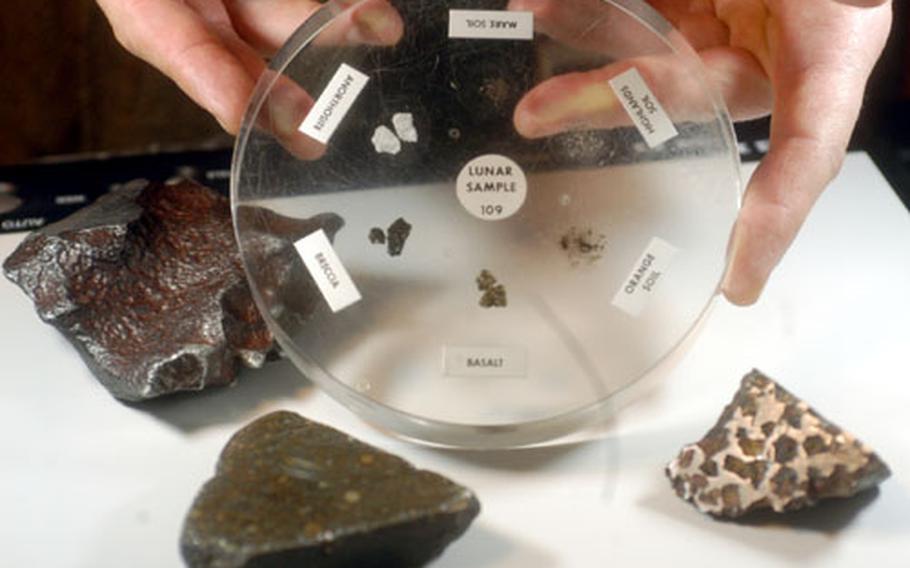 Greg Klaes, science teacher at Lakenheath Middle School, RAF Feltwell, England, holds samples of moon rocks encased in plastic. Surrounding them are meteorites that have struck the earth. Klaes is using the loaned samples in his classroom this week. (Ron Jensen / S&S)

Greg Klaes, science teacher at Lakenheath Middle School, RAF Feltwell, England, holds samples of moon rocks encased in plastic. Surrounding them are meteorites that have struck the earth. Klaes is using the loaned samples in his classroom this week. (Ron Jensen / S&S) 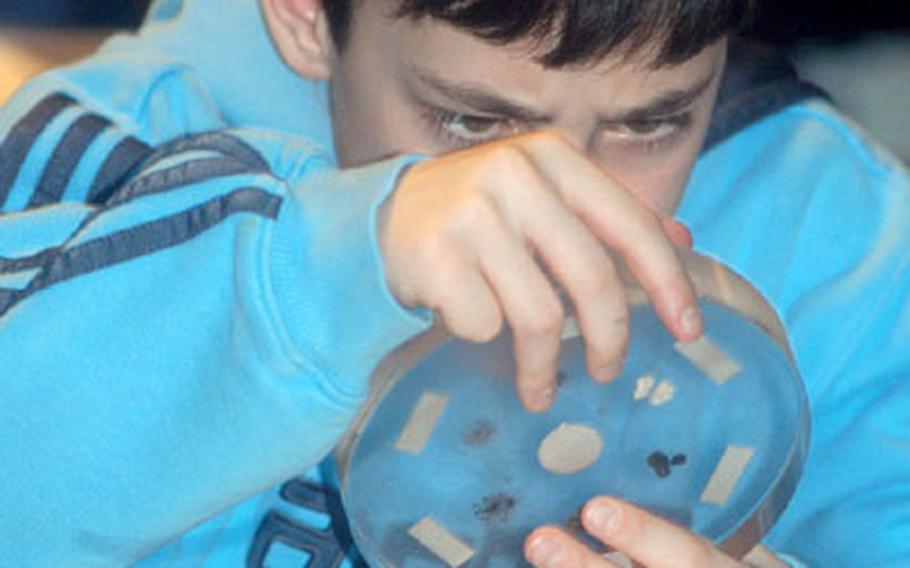 RAF FELTWELL, England &#8212; The moon may sit in an orbit 240,000 miles from Earth, but tiny bits of it were close enough this week for pupils at Lakenheath Middle School to hold in their hands.

She did manage to say it was great the school was able to acquire the bits of lunar surface, along with meteorites.

Gregory Klaes, the science teacher at the school, received the other-worldly bits on loan from the Particle Physics and Astronomy Research Council in Swindon, England. Having the samples makes learning more meaningful, he said, than just talking about something so far away.

Klaes is holding an open house in his classroom at 6 p.m. Thursday for parents and families to get a close look at moon samples and meteorites.

The 12 astronauts who walked on the moon, beginning with Apollo 11 in July 1969 and ending with Apollo 17 in December 1972, collected about 1,000 pounds of lunar material. Most of it is for study by scientists, but NASA has made some of it available for classrooms.

He uses the samples to further lessons about the origins of the universe.

One piece of meteorite, for example, came from the surface of Mars, knocked off by the impact of another meteor, and has the fossilized remains of bacteria.

&#8220;There could have been living species there,&#8221; one pupil said when asked what that might mean.

Some scientists have theorized that life on Earth could have grown from such a simple beginning, Klaes said.

However, he added, much research has to be done to find the answer.