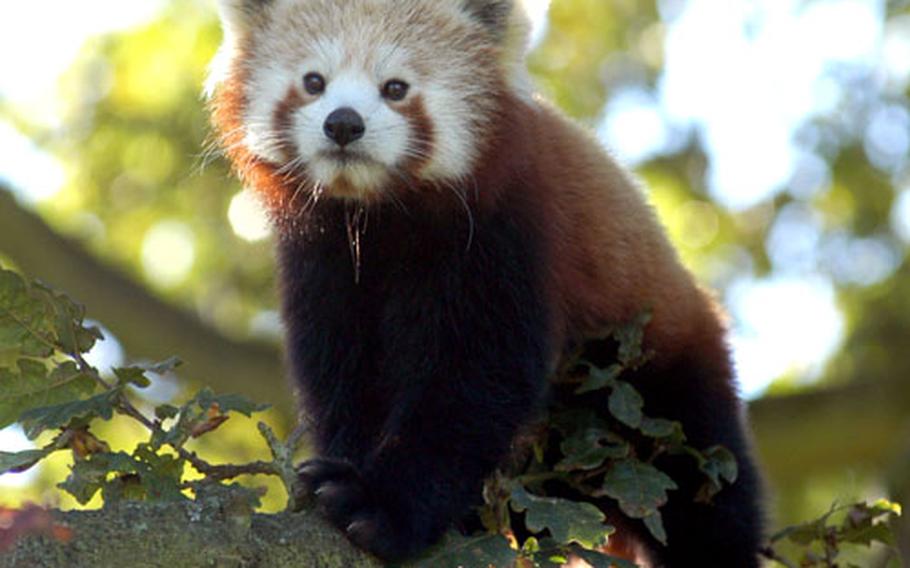 A female red panda keeps an eye on some Alconbury Elementary pupils eager to see the endangered animal in a tree at the Whipsnade Wild Animal Park. (Sean Kimmons / S&S)

A female red panda keeps an eye on some Alconbury Elementary pupils eager to see the endangered animal in a tree at the Whipsnade Wild Animal Park. (Sean Kimmons / S&S) 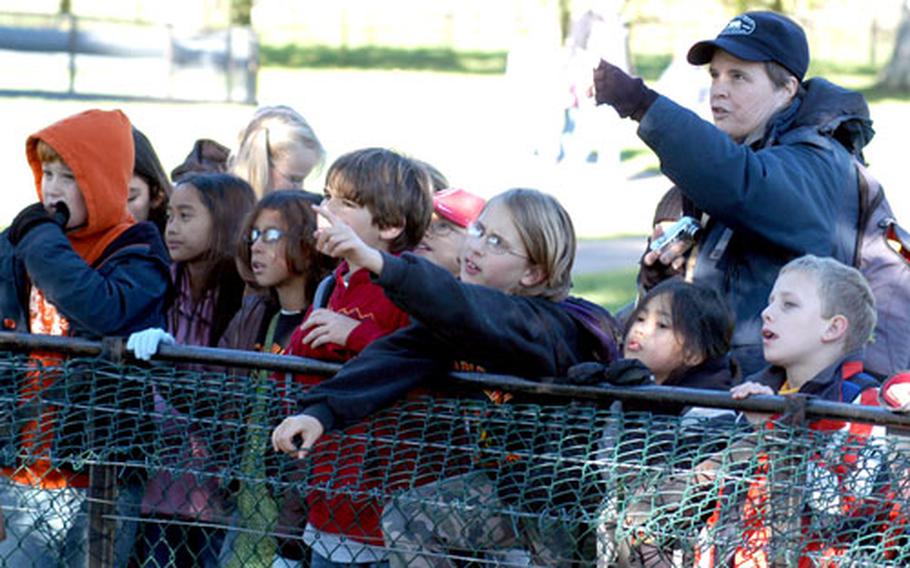 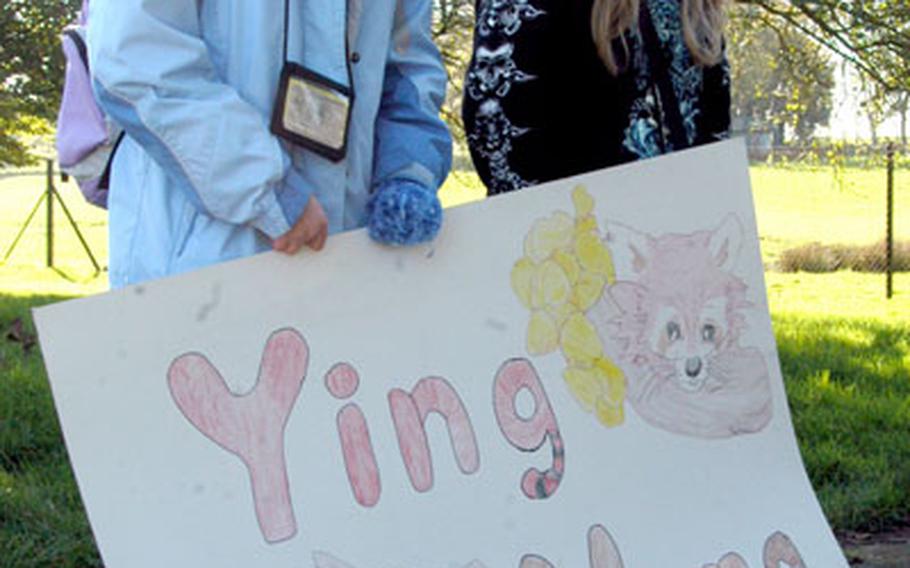 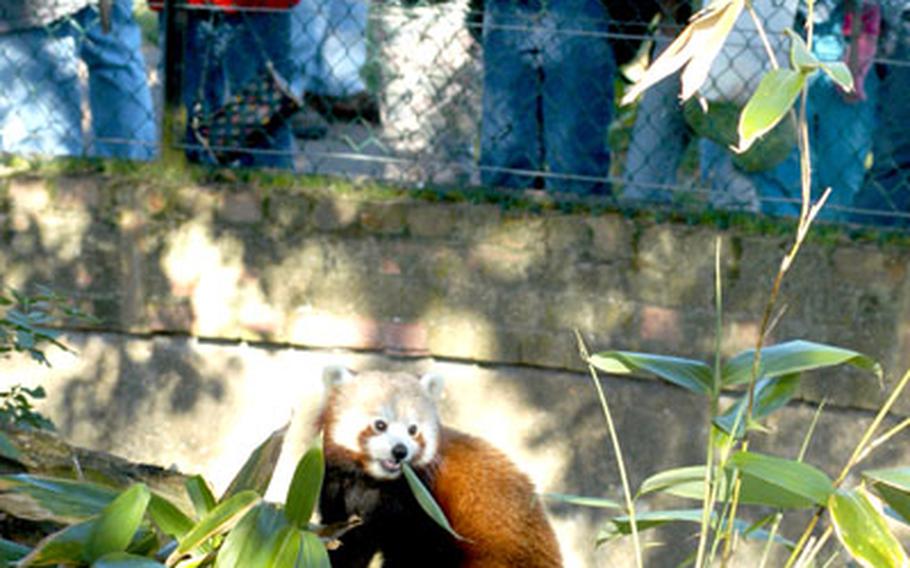 WHIPSNADE &#8212; About 20 Alconbury Elementary pupils surrounded a small enclosure at the Whipsnade Wild Animal Park last week, pointing and laughing at every move that the four red pandas made.

It was no surprise that the small, furry creatures stayed up in the enclosure&#8217;s lone tree, keeping a watchful eye on the energetic children. But these endangered animals, which sort of resemble a raccoon with red fur, should have been glad to see these kids.

That&#8217;s because the fourth- and fifth-grade children are continuing a 10-year tradition of selling popcorn at their school to raise money for the pandas.

In return for their efforts, the park allowed the students to name two female red pandas born last year. The most popular names voted among the students were Ying and Yang, beating out Malaya and Himalaya, which refers to the Himalayan Mountains where the red panda comes from.

&#8220;They&#8217;re cute!&#8221; said fourth-grader Rachel Pagio after admiring the cuddly creatures, which are slightly larger than a domestic cat.

Their teacher, Sherri Sullivan, spearheads the fundraiser. She brought up the idea of sponsoring the lesser-known red pandas to students 10 years ago as opposed to adopting a whale, gorilla or another popular animal in the wild.

The added benefit with the red pandas, Sullivan said, is that the students would actually be able to see their adopted friends in person. Students agreed and voted to adopt the red pandas at the wild animal park about 50 miles south of RAF Alconbury.

Rob Hutton, a senior zookeeper who cares for the red pandas, estimates that the school has donated 7,000 pounds to 8,000 pounds ($13,350 to $15,250) over the years. The school has given even more money to the park from its numerous admission fees as part of its annual field trip.

As a show of gratitude this year, students were allowed free entry into the zoo last week. The park also has placed a small plaque along the fence outside the red pandas&#8217; enclosure thanking the Alconbury pupils for their contributions.

So far, Alconbury funds have paid for new housing boxes in the tree and a graphic display that provides information about the animals. The park plans on spending the rest and any future funds on an improved habitat since the tree on which the red pandas spend most of their time is dying.