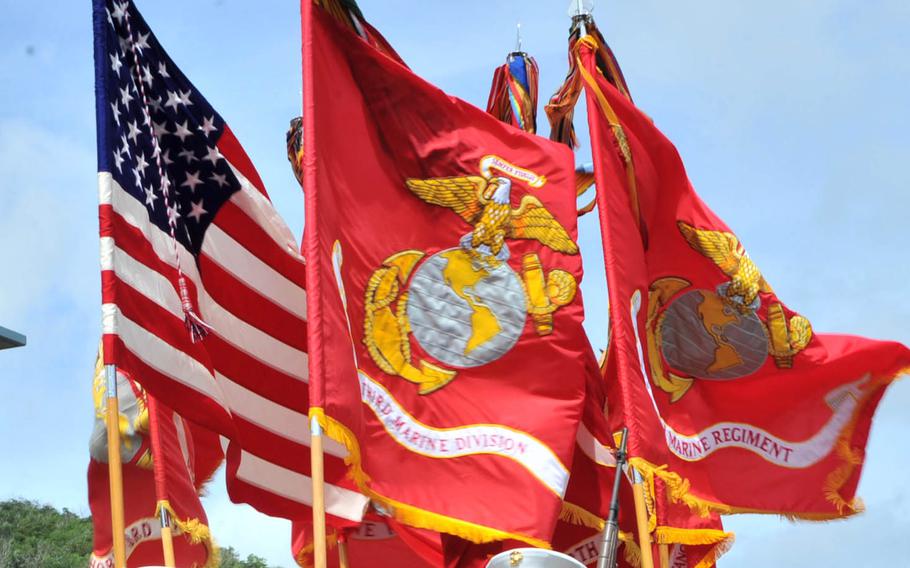 CAMP FOSTER, Okinawa — The U.S. government awarded a key contract this week to lay the groundwork for 4,000 Okinawa-based Marines to move to Guam within the next decade.

Granite-Obayashi, a joint venture based in Watsonville, Calif., received the $164.89 million firm-fixed price contract Thursday from Naval Facilities Engineering Command to design and build “utilities and site improvements” for the future Marine Corps Base Guam on Naval Computer and Telecommunications Site Finegayan, a NAVFAC statement said.

The contract was funded by the Japanese government through international agreements between the allies.

“This effort is a big step in strengthening Guam, as part of the Marianas strategic hub, ensuring the Marine Corps’ ability to sustain a forward presence within the Indo-Asia-Pacific region,” Marine Corps Forces Pacific commander Lt. Gen. David Berger said in the statement.

The contract calls for the preparation of an approximately 400-acre site within the NCTS boundary for operational, administrative and bachelor housing structures, the statement said. This includes utilities, roads and other infrastructure.

The work, which also ecompasses the clearing of unexploded ordnance, stewardship over historic properties and conservation for threatened and endangered species, will follow environmentally friendly waste and stormwater management procedures, the statement said.

It remains unclear when Granite-Obayashi plans to begin the construction work. Spokeswomen for NAVFAC Pacific and NAVFAC Marianas could not be reached for comment Friday.

Follow-up projects are scheduled to begin in fiscal year 2020.

Plans to relocate Marines to Guam grew from a small but passionate Okinawan protest movement — buoyed by strong public support — that has sought to reduce the deployment of U.S. forces on the tiny island prefecture. Okinawa is home to about half of the approximately 100,000 U.S. servicemembers, civilian base workers and their families stationed in Japan.

A forces realignment in the region was agreed upon in 2006, but the numbers of troops has changed over the years. The current plan calls for 4,100 Marines to be relocated from Okinawa to Guam, 2,700 to Hawaii and 800 to the U.S. mainland. Another 1,300 Marines from Okinawa would make up the majority of a 2,500-person rotational force in Australia.

Plans call for the Marines to move to Guam sometime between 2022 and 2026. Construction is already underway in the northern part of the island.

A maximum $30 million contract was also awarded Thursday to Jacobs Government Services Co. of Fort Worth, Texas, for architect and engineering services at Navy, Marine Corps and U.S. government facilities around the Pacific, including Hawaii and Guam, a separate NAVFAC statement said.

“This project exemplifies our commitment to both environmental stewardship and the defense of our nation,” NAVFAC Pacific commander Rear Adm. John Korka said in the Granite-Obayashi statement. “Our goal in designing and building this project is to balance the commitment to the environment with the mission to relocate Marines to Guam.”