Kennedy: Serving as ambassador to Japan ‘greatest privilege of my life’ 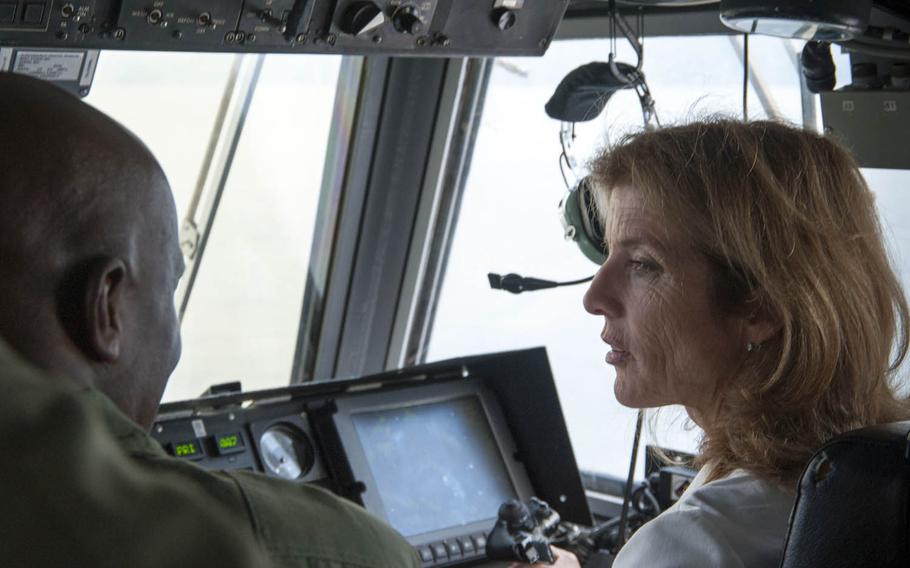 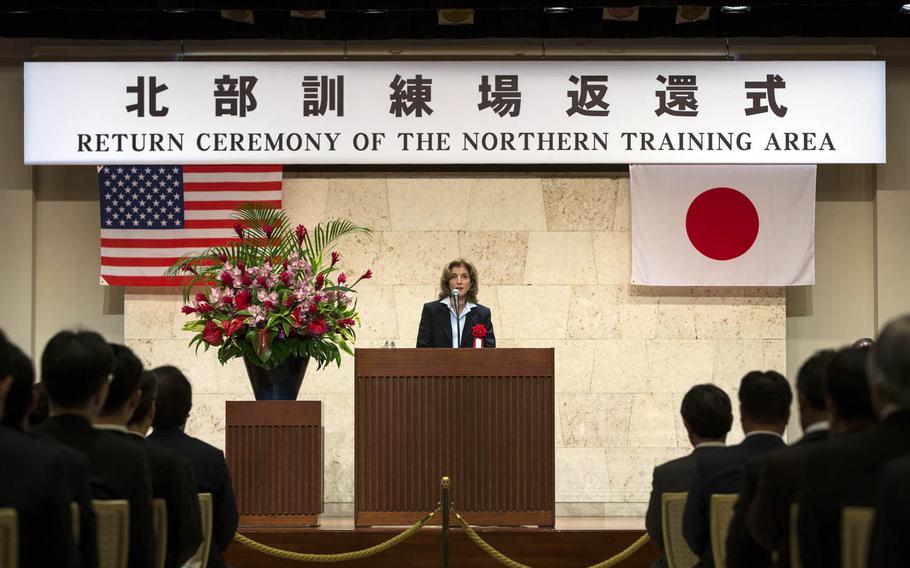 YOKOTA AIR BASE, Japan — Caroline Kennedy said serving as the United States’ ambassador to Japan was her life’s “greatest privilege,” in a farewell message released this week by the U.S. Embassy in Tokyo.

President John F. Kennedy’s daughter, whose three years of service ends when President-elect Donald Trump takes the oath of office Friday, was the first woman to serve in the role.

“I want to thank Prime Minister [Shinzo] Abe and the members of his government for working to strengthen our ‘alliance of hope’ and for sharing President [Barack] Obama’s belief in the ‘power of reconciliation,’” Kennedy said in a video published on the embassy’s YouTube channel.

The outgoing envoy, who said she was nervous when presenting her credentials to Emperor Akihito in 2013, thanked Abe and Minister for Foreign Affairs Fumio Kishida for sparking Obama’s historic visit to Hiroshima last year.

Kennedy then lauded Abe for paying his respects last month at the USS Arizona Memorial in Pearl Harbor.

She also thanked the people of Okinawa — the small island prefecture that hosts the bulk of U.S. forces in Japan — for helping her “better understand their struggle in our shared history.” Kennedy said she was proud that the U.S. and Japan recently concluded the largest return of land to the Japanese government since 1972. Nearly 10,000 acres in northern Okinawan were handed back last month.

Kennedy made headlines around Christmastime when a video of her dressed as Santa Claus went viral, garnering more than 1 million views in less than 24 hours. The clip, which shows the ambassador and other embassy staffers dancing to a popular Japanese tune, has been watched more than 6.3 million times.

State Department officials confirmed last week that “non-career” ambassadors like Kennedy were told they must end their service immediately on Jan. 20, with “no exceptions,” according to the Washington Post.

Hagerty, who was an economic adviser to President George H.W. Bush, spent several years in Tokyo with a management consultancy group.