Keeping supplies in the air keeps them off the road 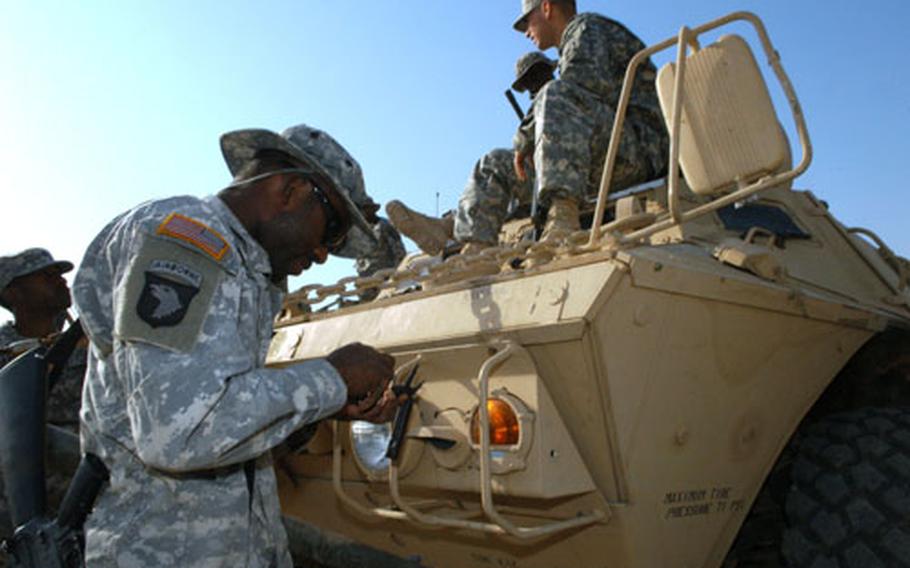 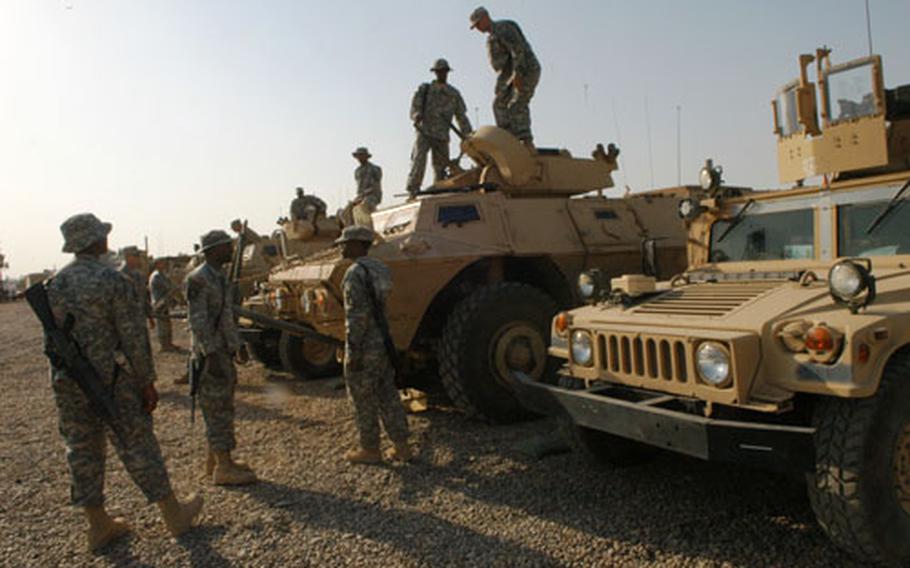 The Army’s 416th Transportation Company is one of several convoy security units on the road every day escorting fuel and goods deliveries to bases. Logisticians are looking to reduce the number of trucks on the road due to roadside bomb hazards. (Allison Batdorff / S&S) 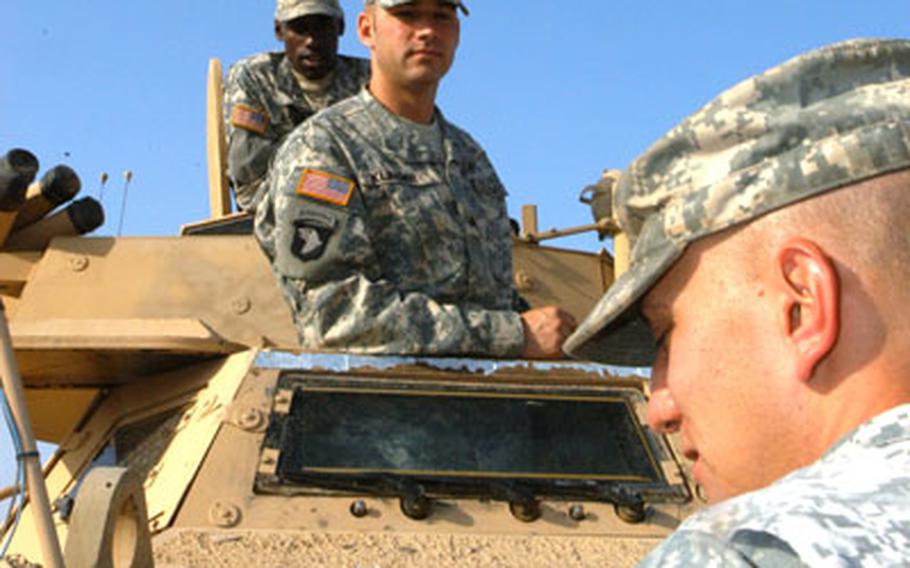 BALAD, Iraq &#8212; Thousands of U.S. soldiers pile into Humvees, trucks and tanks to deliver food, ammunition, fuel and other goods to American military bases in Iraq every day.

Couch&#8217;s command, based at Logistics Support Area Anaconda near Balad, gets hit by a roadside bomb every night, he said.

Both men are working with the Air Force to move items by air when possible.

Instead of providing security for the contractor deliveries, soldiers build pallets for things such as repair parts and get them airborne, Couch said.

However, the volume of airborne supplies barely dents the immense amount of logistics traffic on the road.

More than a million gallons of fuel are needed in Iraq daily. A base without running water gets 100,000 cases of water at a time. The 1st TSC has 400 trucks moving from Kuwait, 150 trucks leaving from Jordan and an additional 200 leaving from Turkey each day.

Aircraft can take about 40 trucks off the road, but this is &#8220;insignificant&#8221; when looking at the grand totals, he said.

Logisticians also are looking to the bases themselves to help, said Col. Judith Lemire, 47, of Wantagh, N.Y.

The number of vehicles on the road hasn&#8217;t gone down as more and more people flow into Iraq, Couch said. But this likely will change as &#8220;surge&#8221; troops start leaving, Leonard said.