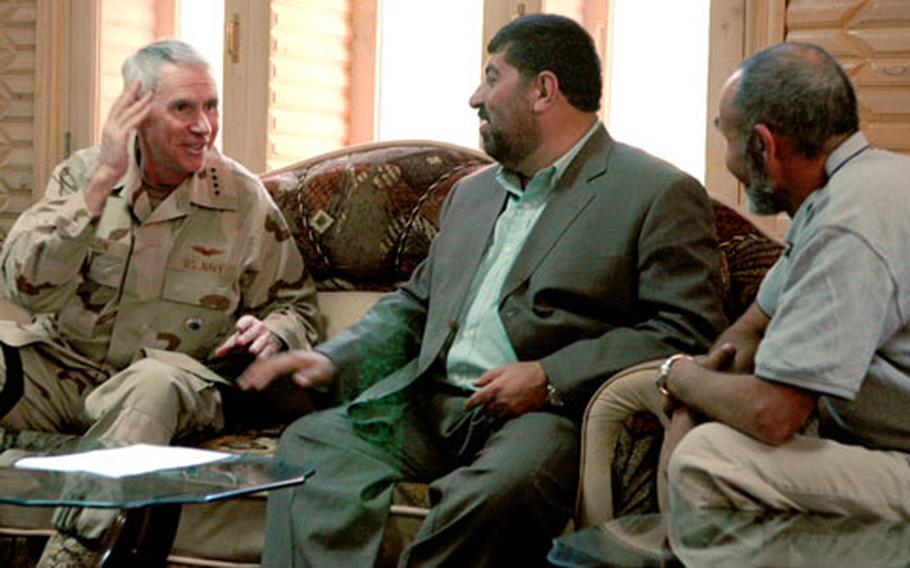 JALALABAD, Afghanistan &#8212; One of the U.S. military&#8217;s top commanders made a quick stop in eastern Afghanistan as part of a tour of the nation Tuesday.

Adm. William Fallon, the Hawaii-based commander of the U.S. Pacific Command, met with local leaders and troops stationed in Jalalabad, one of Afghanistan&#8217;s largest cities. Jalalabad Airfield is home to the 1st Battalion, 3rd Marines, of Kaneohe Bay, Hawaii.

During his two hours in Jalalabad, Fallon met with Nangarhar governor Gul Agha Sherzai and a slew of local dignitaries at the governor&#8217;s mansion Tuesday afternoon.

Fallon later said he felt the meeting, which was brief and filled with platitudes and pleasantries, was an important gesture toward local leaders. &#8220;I demonstrated to the governor that the senior leadership cares,&#8221; he said. &#8220;I don&#8217;t think you get a guy as senior as me out here very often.&#8221;

He did not publicly address the Monday death of a Jalalabad-based Marine, whose name has not been released. However, local leaders offered a prayer for four Jalalabad-based soldiers who were killed Sunday in Kunar province.