KATUSAs soak up U.S. culture while preparing for civilian life 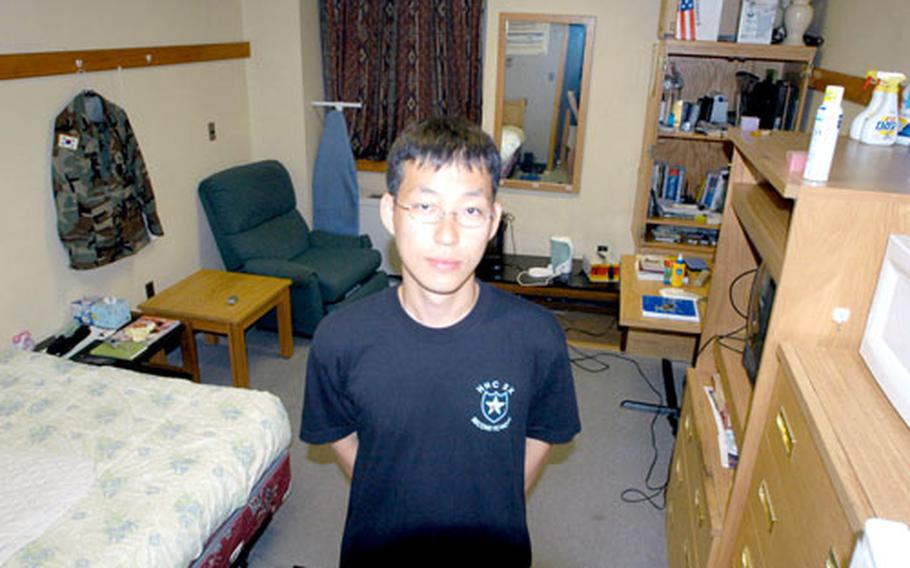 Korean Augmentee to the U.S. Army Sgt. Won Woo Hee, 28, has all the modern conveniences in his room at Camp Red Cloud. (Seth Robson / S&S)

Korean Augmentee to the U.S. Army Sgt. Won Woo Hee, 28, has all the modern conveniences in his room at Camp Red Cloud. (Seth Robson / S&S) 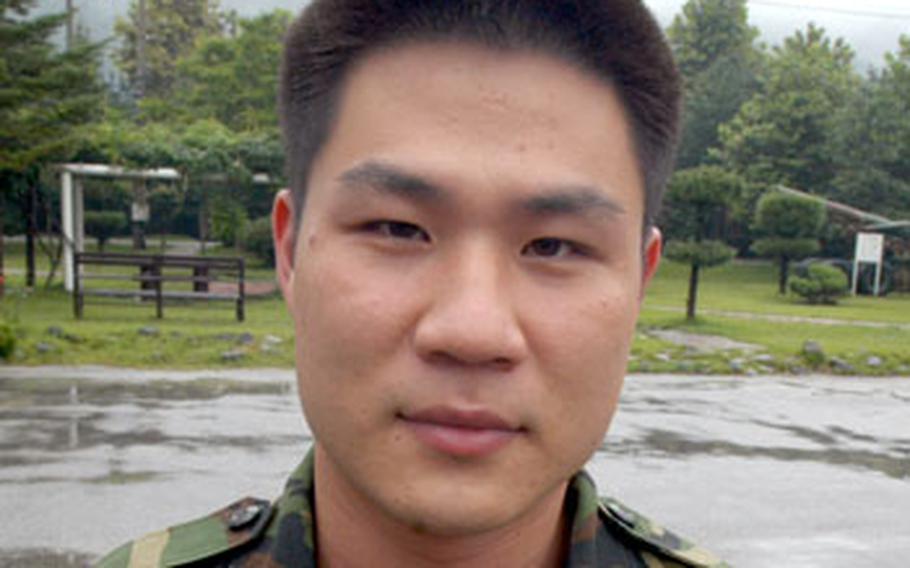 At Camp Red Cloud, a few miles from the ROK army&#8217;s Rising Tide base, KATUSA Sgt. Won Woo Hee has his own American-style barracks room complete with two televisions, a refrigerator, queen-size bed and desk. Won, 28, who serves with 2nd ID&#8217;s Special Troops Battalion, also could have Internet access in his room but chooses not to.

KATUSAs stationed at Camp Red Cloud said they have access to all of the recreational facilities available to U.S. soldiers, including the bowling alley, swimming pool, gymnasium, sports fields and golf course.

They are subject to the U.S. Army curfew of midnight on weeknights and 1 a.m. on Friday and Saturday nights but can shop and visit bars and restaurants in downtown Uijongbu after work and can get a leave pass to visit their families on weekends, the KATUSAs said.

Won, whose father works in the South Korean Prosecutor&#8217;s Office, speaks fluent English and earned a master&#8217;s degree in law before becoming a KATUSA.

&#8220;Many excellent people apply to be KATUSAs,&#8221; he said. &#8220;Competition is high and there is a strict selection course. To become a KATUSA you need good English skills, effort and self development.&#8221;

Won started as an intelligence analyst with 2nd ID last year but now helps supervise the other KATUSAs at Red Cloud, he said.

When KATUSAs with the 2nd ID&#8217;s 2nd Brigade Combat Team were reassigned after the unit deployed to Iraq without them last year, most wanted administrative positions. So a lottery was held to determine jobs, Sgt. Kook Jung-hoon of 2nd ID&#8217;s Headquarters and Headquarters Company, told Stars and Stripes in 2004.

&#8220;They are just doing national service and that (office work) is what they are going to be doing after serving their two years,&#8221; said the Camp Red Cloud-based KATUSA. &#8220;They don&#8217;t want to serve in the line units. The American soldiers are enthusiastic about the physical challenges but for a lot of us, this is something that we have to do. It is not like we get a career out of this or a lot of money,&#8221; Kook said.

Like the ROK army soldiers, Won is paid about $35 a month. In his free time he plays soccer and video games, studies English and prepares for life in the civilian work force.

He eats mostly American food at a U.S. dining facility on-post, but in addition to choices such as ice cream, fried chicken, pasta, salad, potatoes, soft drinks and coffee, he also can choose South Korean food such as kimchi, which the dining facility serves regularly, he said.

The chance to soak up American culture is one of the best things about being a KATUSA, Won said. &#8220;I meet U.S. friends and I can learn new language and culture,&#8221; he added in an e-mail message. &#8220;Because we spend most of our time with the U.S. soldiers, we can learn American culture easily and it is a good opportunity to give them Korean culture.&#8221;