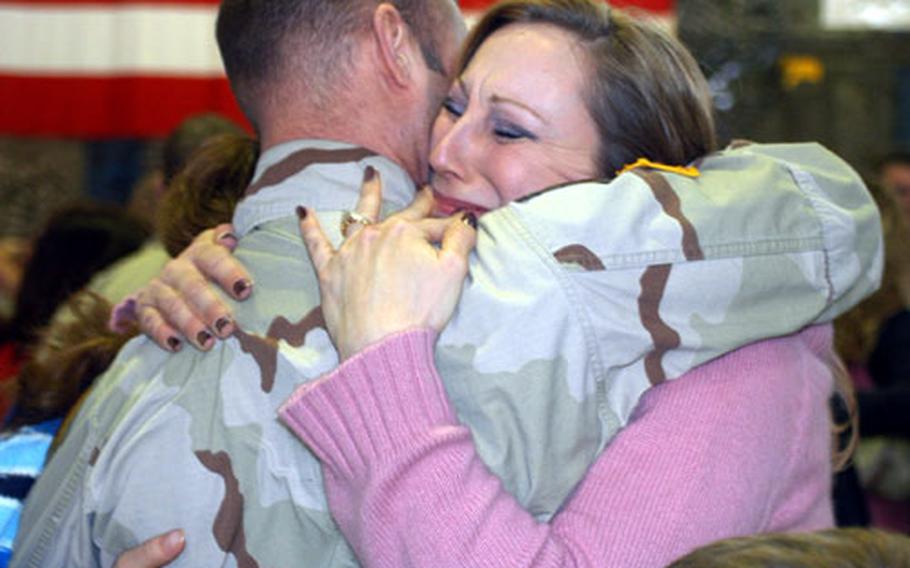 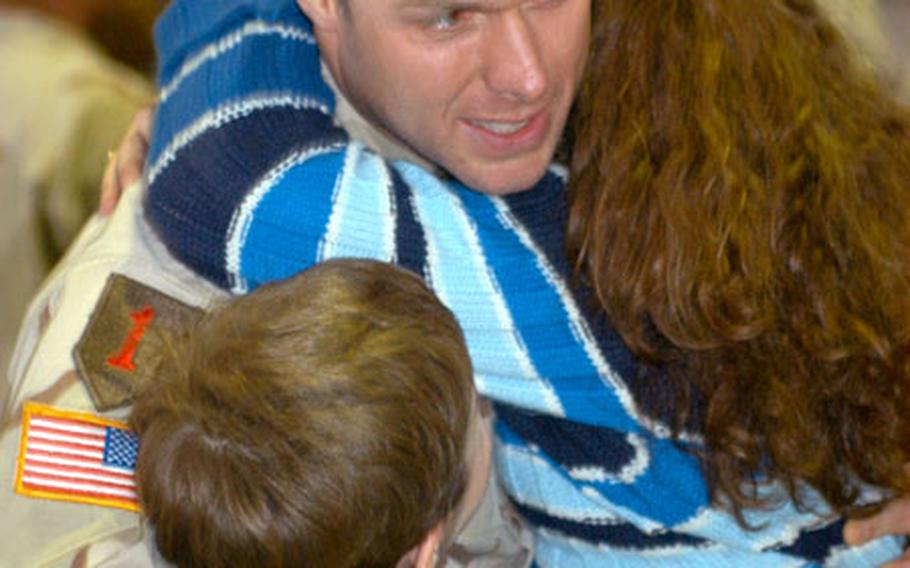 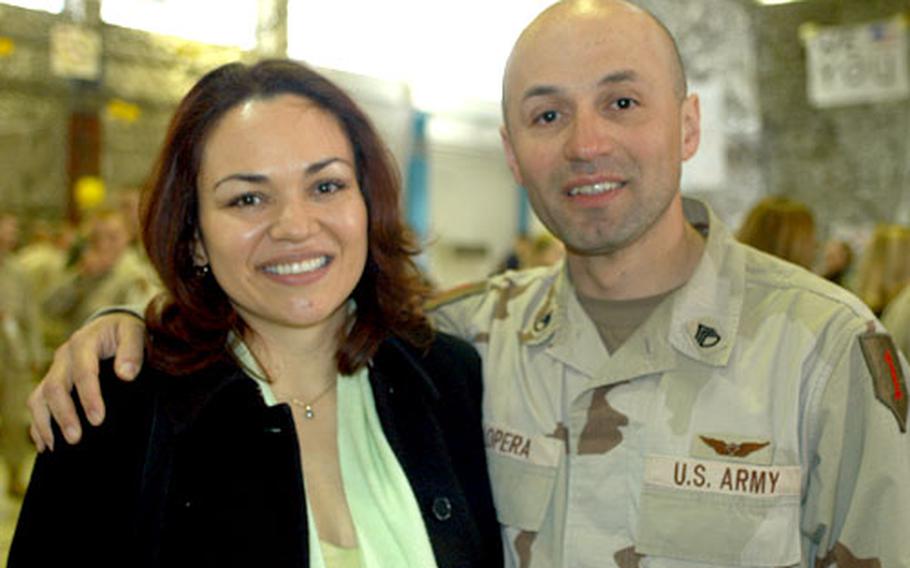 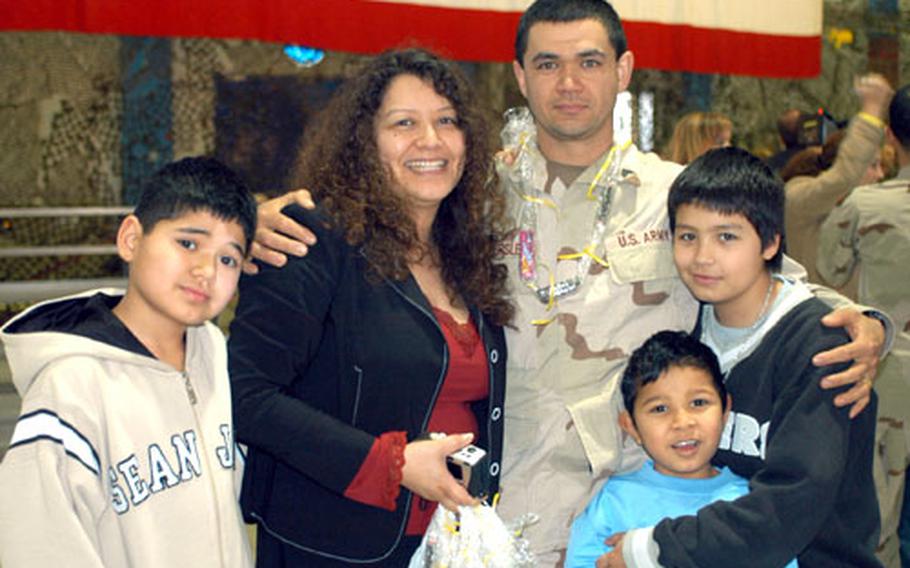 KATTERBACH, Germany &#8212; After waiting a year for their soldiers to return from Iraq, families at Katterbach Army Airfield didn&#8217;t seem to mind that their reunions were delayed a couple of hours.

The families of 162 soldiers from the 1st Battalion, 1st Aviation Regiment and 601st Aviation Support Battalion followed the rules and patiently stayed in the welcome home hangar, even though their loved ones were right next door, turning in weapons and doing some paperwork.

A couple of the wives were too nervous to be upset over the delay.

Perhaps families were patient because two hours is a mere nanosecond compared to the time they have been separated by deployment.

Martinez tried to surprise her three children &#8212; 11-year-old twins Michael and Justin and 7-year-old Clay &#8212; by telling them they had to go to an appointment. But the boys quickly figured out what was up when they arrived at the hangar, decorated with dozens of welcome home signs.

When the doors finally opened to the soldiers marching into the hangar, the crowd was on its feet, screaming, cheering and applauding.

After a short ceremony, the wait was finally over.

Jessica Czarnecki dashed from the bleachers and jumped on her father, Sgt. Shawn Czarnecki, 1-1 Aviation, wrapping her arms around his neck and legs around his waist.

His son, Jacob, and wife, Cara, caught up seconds later.

The family&#8217;s immediate plans were to get out of the Army and move to Arizona, said Cara Czarnecki.

Spc. Aaron Tingley, surrounded by wife, Dominique, and children Alice, Andrea, Gabriella and Joshua, was antsy to get out of the hangar.