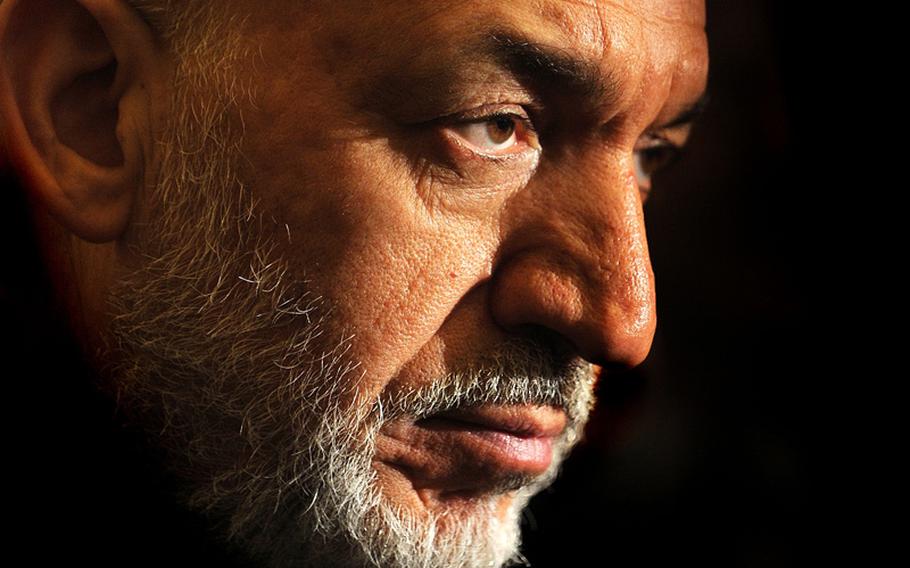 KABUL - The cross-border rocket attacks that have plagued villagers in Afghanistan's northeast have apparently claimed their latest victims in the capital: the country's two highest security officials.

Some, though, see Karzai's decision to keep the ministers in their posts until replacements can be found as a way to circumvent parliament's vote.

The decision comes as the international military coalition is in the midst of the messy process of handing over security of the country to Afghan forces. Wardak oversaw the Afghan National Army and Mohammadi the Afghan National Police, the two units that make up the bulk of the Afghan security forces.

Both had a close relationship with U.S. and coalition military leaders and Wardak, especially, was spoken of highly in military circles as a trusted Afghan partner. Karzai did not immediately name potential successors.

Coalition officials released a statement after the decision:

"We've built a great relationship with the Afghan government and have confidence that transition is going to continue. Beyond that, it would be inappropriate for us to comment on an internal Afghan political matter. Any assumption that this will affect transition strategy is purely speculative."

The vote was the culmination of months of outrage over rocket attacks coming from Pakistan that have killed and injured scores of villagers and displaced thousands along the rugged Afghanistan-Pakistan border. The attacks, blamed by many Afghans on the Pakistani military - Pakistani officials deny this - have been happening for years but greatly picked up in frequency over the past three months and have been covered almost non-stop by the Afghan press in recent weeks.

According to a release from Karzai's office, which seemed to leave open the possibility of the two remaining in government in different positions, both have agreed to stay on until replacements are found.

"The President thanked General Mohammadi and General Wardak as hard-working Mujahid and true sons of Afghanistan who he said spent many years in helping develop a new system in Afghanistan," the statement reads. "The President said [the] Afghan government will not only decorate them with highest state medals of honor, but would ask them to continue as experienced and dedicated persons to serve their nation and their country in other capacities within the government."

Some parliamentarians are outraged that Karzai did not immediately sack Wardak and Mohammadi.

Zaisnoon Safi, who represents a district in Laughman province, said she is worried the president will keep the interim tag on the ministers indefinitely, as he has done in the past.

"The parliament made this decision according to the wishes of the Afghan nation because they didn't want (the ministers) anymore," she said. "It is unfair the president should keep them as acting ministers. It's against the wishes of the nation, and I'm very concerned."

It does not appear ethnicity played a role in the vote; Wardak is a Pashtun and Mohammadi is a Tajik. Wardak had served nearly eight years in his post; Mohammadi was appointed in early 2010 after serving for eight years as the Afghan National Army chief of staff.

Whatever the merits of the decision, it does show parliament is willing to push back against Karzai, said Michael O'Hanlon, a defense expert at the Brookings Institution and author of the Afghanistan Index.

"I think Minister Wardak has been pretty good and that Minister Mohammadi might have been even better," he said. "That said, the former in particular had been in office a very long time and parliament's willingness to demand accountability is welcome, since that body needs to gain more teeth and more decisiveness - even if I am of a mixed mind about the merits of these particular decisions."

It's still too early to tell if this vote represents a new boldness in parliament or a one-time move borne of anger over the attacks, but there is no question it was a major milestone, said Fabrizio Foschini, a political analyst with the Kabul-based Afghan Analysts Network.

"This is undoubtedly one of the biggest achievements they can boast of," he said. "It's one of the major actions it has taken."

Foschini did warn, though, that Karzai's decision to keep the ousted ministers on an interim basis could be open-ended.

"It could last for one week, one month - I don't want to say one year."

Reaction on the streets of Kabul was muted and included the usual ruminations on perceived Pakistani meddling.

"The ISI (Pakistan's intelligence service) is very strong and they have their people inside the government and inside the security forces," said Ghulam Nabi, who owns a butcher shop. "There won't be a big impact. I think there are many other talented people to take the jobs."

The rocket attacks have undermined the already shaky relationship between Afghanistan and Pakistan, and U.S. officials have taken pains to steer clear of the controversy in the wake of hard-fought negotiations to reopen the Pakistani border to military supply trucks after a seven-month closure in retaliation for a U.S. military strike that killed 24 Pakistani soldiers.

Haji Sakhi Mushwani, a member of parliament from Kunar province, one of the hardest-hit areas, helped lead the charge against the ministers.

"For two years there was shelling from the Pakistani military against Kunar," he said. "The ministers were not able to secure the borders, and they didn't come and ask what is happening to the people."

Seeing the fate of two entrenched politicians, the next two security ministers might not have the luxury of tip-toeing around the issue.