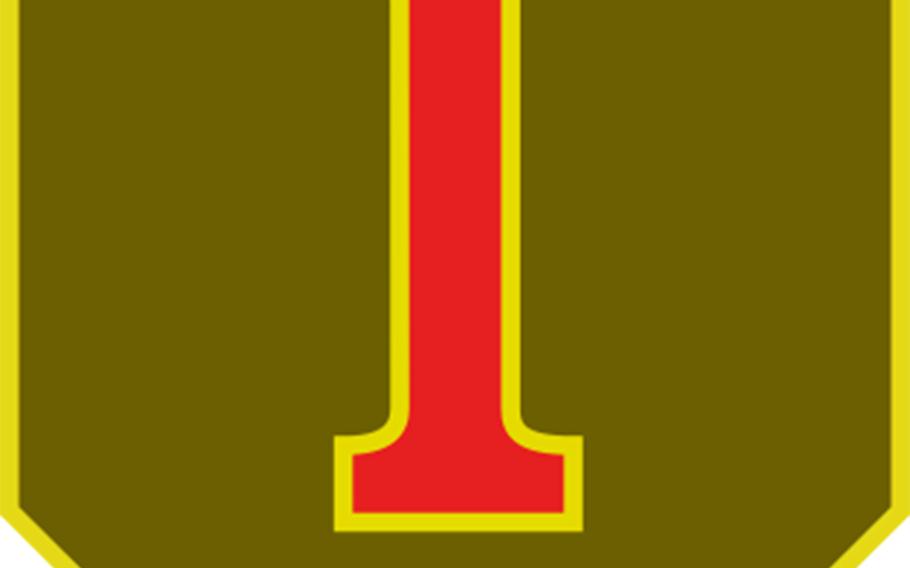 Three U.S. Army soldiers from the 1st Infantry Division based at Fort Riley, Kan., together with two German civilians, received an award Friday, Oct. 19, 2018, for helping save a 31-year-old man who had a car accident near the Army?s training area in Grafenwoehr. ()

GRAFENWOEHR, Germany — Three U.S. Army soldiers and two German civilians were honored recently for helping save the life of a 31-year-old driver pinned under his car after an accident near the Army’s training area in Grafenwoehr.

After a single-car crash on April 29, the victim’s arm was trapped under the roof of the overturned car. The five men, who stopped to help at the site of the crash, lifted the car and provided the motorist, who was not identified by police, with basic medical care until emergency workers arrived.

“Quick help was urgently needed,” said Josef Wittmann, from “Cavalier of the Streets,” an association of media organizations which awards good Samaritans who provide on-the-spot assistance in traffic accidents. “Only through the common strength of the five men, the car could be lifted.”

The awards were presented on Friday at the police station in Sulzbach-Rosenberg for Col. Jason McGuire, Spc. Alejandro Ortega and Capt. Ryan Russel, all members of the Army’s 1st Infantry Division based at Fort Riley, Kan., and local citizens Siegfried Buecherl and Klaus Ebensberger.

The soldiers, who were in Germany as part of a deployment to Europe, are now back at Fort Riley. Since they were not present to receive the awards, Sgt. Maj. Micheal Sutterfield, the command sergeant major of U.S. Army Garrison Bavaria, and James Federline, an American member of Cavalier of the Streets, accepted the awards on their behalf.

Federline said he was extremely proud of the soldiers’ actions.

“These soldiers acted the exact way we would anticipate American soldiers are expected to act in such an incident,” Federline said. “It was a spontaneous reaction (and) they immediately responded. They were able to flip the car over and provide immediate first-responder assistance, and that eventually saved his life.”

Wittmann told Stars and Stripes that local police who arrived at the crash site recommended the five men for the awards. Wittmann, who is a retired police officer, said that he and seven other committee members agreed that the rescuers deserved the accolades.

Federline said he has seen about 10 Americans in the past who have earned the honor for similar actions.