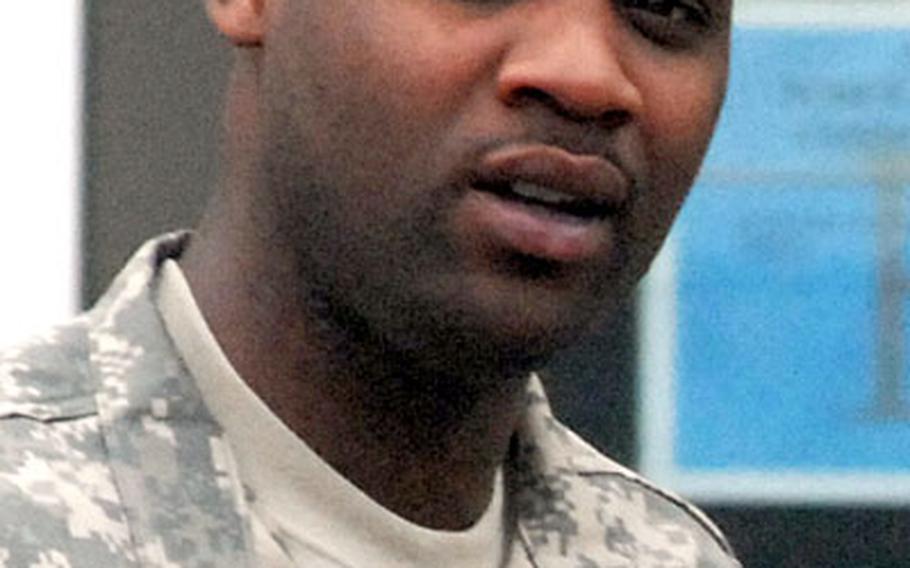 KAISERSLAUTERN, Germany &#8212; Damage to Sgt. Juwan Johnson&#8217;s heart was not the only injury that caused the 25-year-old soldier&#8217;s death on July 4, 2005, according to testimony Wednesday from the medical examiner who performed an autopsy.

Johnson, who was assigned to the Kaiserslautern-based 66th Transportation Company at the time of his death, also had brain injury. His cause of death was ruled as multiple blunt force injuries, said Air Force Col. (Dr.) Kathleen Ingwersen, Armed Forces Regional medical examiner.

The testimony came during an Article 32 investigation for Spc. Bobby D. Morrissette, who is charged with murder in the beating death of Johnson during an alleged initiation ceremony into the Gangster Disciples, a Chicago-based gang. The hearing concluded Wednesday afternoon, and a recommendation will be made to determine if the case should proceed to court-martial.

A second soldier, Pfc. Latisha Ellis, has been charged with murder and violating Army regulations on gang-related activities in connection with Johnson&#8217;s death. She faces a maximum sentence of life without parole. An Article 32 hearing for Ellis is scheduled in early February.

Johnson&#8217;s symptoms and behavior that night suggest he had problems with his central nervous system, Ingwersen testified. Johnson&#8217;s behavior was not normal, he was very thirsty and lost bowel control, she testified over the phone from Landstuhl, Germany, recalling the case history provided by investigators.

Johnson&#8217;s injuries did not suggest he was beaten with objects but were more consistent with blows from hands and feet, Ingwersen said. Johnson had cuts on his upper and lower lip indicating he was hit in the mouth, which can be lethal, she said.

Spc. Randy Berry, who is assigned to the Warrior Preparation Center in Kaiserslautern, testified that Ellis told him she had &#8220;a meeting with her family&#8221; on the evening of July 3.

Those statements seem to be in line with gang initiation ceremonies based on testimony given late Tuesday by Lt. Robert Stasch, a gang expert with the Chicago Police Department. Sometimes during gang initiation ceremonies, a hopeful member will have to hold and not drop a bandana or a like item while getting beaten by gang members for a short period of time, Stasch testified.

Also, the number six holds particular significance with the Gangster Disciples because one of the gang&#8217;s symbols is a six-pointed star, Stasch said. Investigators recovered a six-pointed star necklace from Johnson&#8217;s room along with other gang-related clothing.

The beatings associated with gang initiation ceremonies are performed to see if the potential member has the &#8220;heart for the gang&#8221; and not done to cause permanent or severe damage, Stasch said.

As of now, Ellis and Morrissette are the only individuals charged in the Johnson case, but investigators have identified as many as eight suspects in the murder.