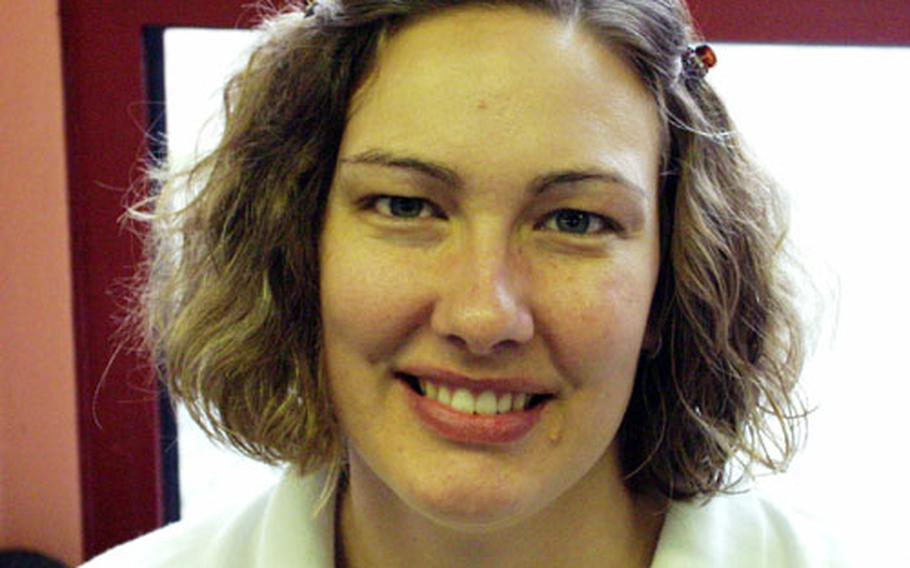 &#8220;I never saw myself as a coach,&#8221; Stohlmann, a former Air Force Academy swimmer, said as her Kingfish battled other European Forces Swim League teams at a recent meet at the Baumholder pool.

In that respect, Stohlmann is like the thousands of European Forces Swim League parents and volunteers who in the 28-year history of the league have created an opportunity for swimmers aged 6 to 19 years to pursue their sport and in the process, as the league motto puts it, &#8220;tour Europe pool-by-pool.&#8221;

The commitment of time and energy is enormous. Practice time is part of it &#8212; Stohlmann&#8217;s team spends 2&#189; hours a day, four days a week in the pool. But that pales in comparison to the travel time the 18 league teams routinely invest in their sport. For example, at the two-day Baumholder meet, teams from as far away as Britain, Spain and Sicily competed, arriving by car, bus, van and plane.

Add to that the hours Stohlmann, 27, spends as a new mother caring for her 5-month-old son, Chase, and it is easy to see how the time commitment involved explains her initial reluctance to coach.

She&#8217;s glad however that she decided to take the plunge.

It helps that Stohlmann can include Chase in the process.

It also helps that Stohlmann and the Kingfish are supported by parents and volunteers just as dedicated as she is.

Stohlmann cited a case in point.

Then there are her fellow, equally dedicated Kingfish coaches.

This year, some 930 EFSL swimmers, more than 60 of them Kingfish, will benefit from all that effort, all pointed toward the league&#8217;s annual championship meet at the Olympic pool in Munich on Feb. 15.

But swimming in the wake of history isn&#8217;t the only perk the youngsters get. Stohlmann said that the discipline required to pursue swimming helps in other aspects of life.

It&#8217;s no coincidence, she added, that all her swimmers do well in school. Their self-discipline carries over into academic areas.

Stohlmann&#8217;s swimmers say their coach&#8217;s efforts have yielded dividends, too.

&#8220;She has lots of racing experience and really helps me with technique in freestyle and butterfly.&#8221;

Come April, however, the Stohlmann family rotates to McChord Air Force Base, Wash.

Where will that leave the Kingfish?

And as for the formerly reluctant coach?