Kaiserslautern school district to be redrawn 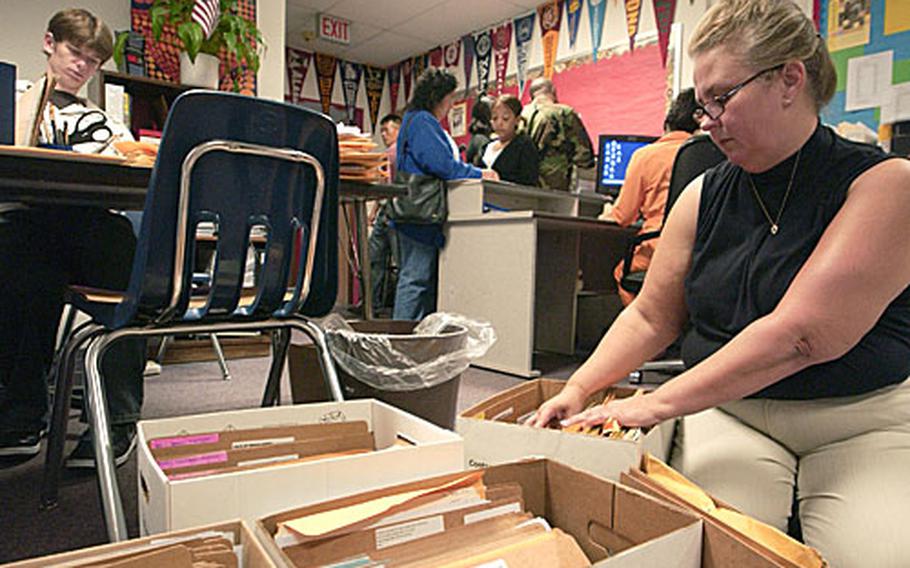 The plan, which will begin next school year, will include moving about 560 elementary, middle and high-school students to create two 800-plus high schools in the area, Matt Syarto, chief of staff for the Kaiserslautern school district, said Thursday.

Ramstein High School has more than 1,100 students, which is nearly 250 over its capacity. Kaiserslautern High School, located a few miles east at another base, has fewer than 600 students.

To reduce the numbers at Ramstein, school administrators have come up with a massive reorganization plan that includes redrawing school boundaries and reworking bus routes to send Ramstein students to Kaiserslautern High.

The district will send letters to parents later this month telling them where their children will go. The notice will come around March 23 and will be inserted with registration information for the fall.

The changes have been talked about for months as Ramstein High has struggled to accommodate the school&#8217;s largest enrollment in history. The move is likely to be an emotional topic among families, who often choose their off-base home based on which school they want their children to attend.

Some students who just moved to the area could face the possibility of going to a new school for the second time in less than a year. Bus rides will be longer for some, especially for high-school students who live in the Landstuhl area. Those students attend Ramstein High but will switch to Kaiserslautern High in the 2008-2009 school year.

Landstuhl, home to Landstuhl Regional Medical Center, is a 10-minute drive north of Ramstein Air Base, but Kaiserslautern High is about a 30- to 40-minute drive away.

Ramstein High has seen an extraordinary rise in enrollment over the last several years as the air base emerged as the U.S. military&#8217;s biggest and most important airlift hub in Europe.

Ramstein and Kaiserslautern high schools are only a few miles apart, but they couldn&#8217;t be more different. The common perception among many military families, regardless whether it is right or wrong, is that Ramstein High has better facilities and is superior to Kaiserslautern High and its outdated buildings at a nearby military base called Vogelweh.

Ramstein High has its own campus and football field nestled in a wooded area on base, while Kaiserslautern High shares a campus of older buildings with an elementary school and a middle school.

Making room for the Ramstein High students will involve moving some elementary and middle school children to other local schools that have space.

&#8220;That enables us to have some space at Kaiserslautern school complex,&#8221; Syarto said.

The district will then renovate some of the classrooms vacated by the elementary and middle schools to make room for the incoming 232 high-school students from Landstuhl the following year.

Although the Department of Defense Dependents Schools-Europe has looked at building a new school complex at Vogelweh, such a project is in the preliminary stages and funding has not been approved, said David Ruderman, a DODDS-Europe spokesman.