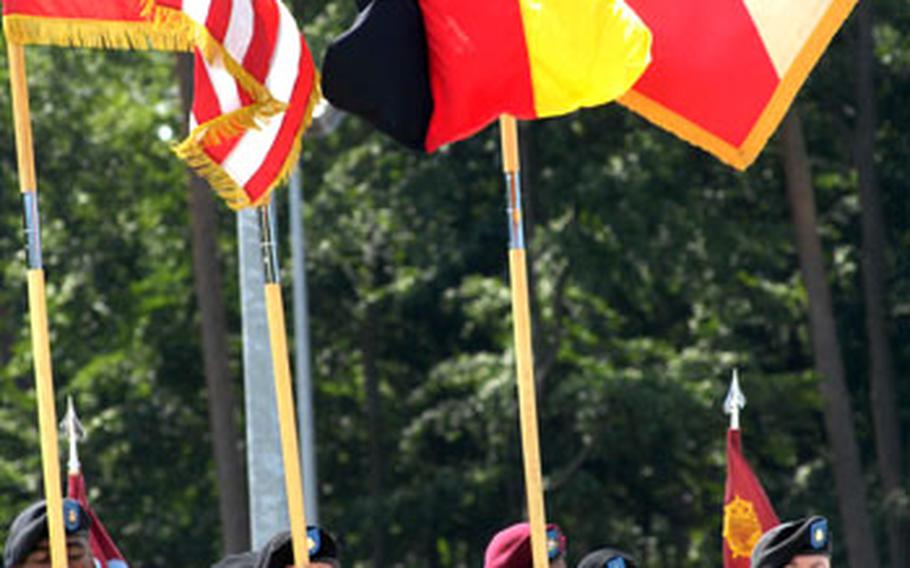 An Army color guard displays the flags of the U.S., Germany and 29th Support Group during the group&#39;s deactivation ceremony on Monday at Rhine Ordnance Barracks in Kaiserslautern, Germany. (Scott Schonauer / S&S)

An Army color guard displays the flags of the U.S., Germany and 29th Support Group during the group&#39;s deactivation ceremony on Monday at Rhine Ordnance Barracks in Kaiserslautern, Germany. (Scott Schonauer / S&S) 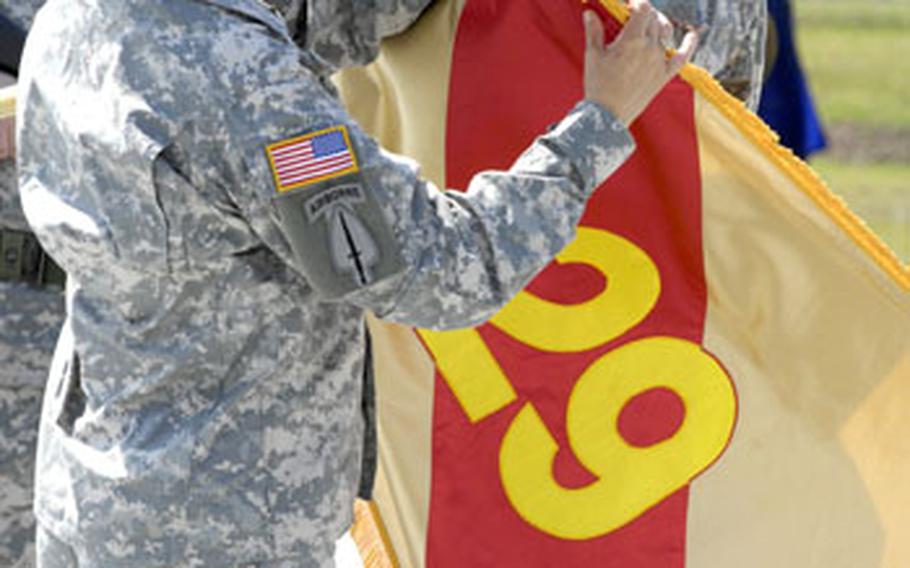 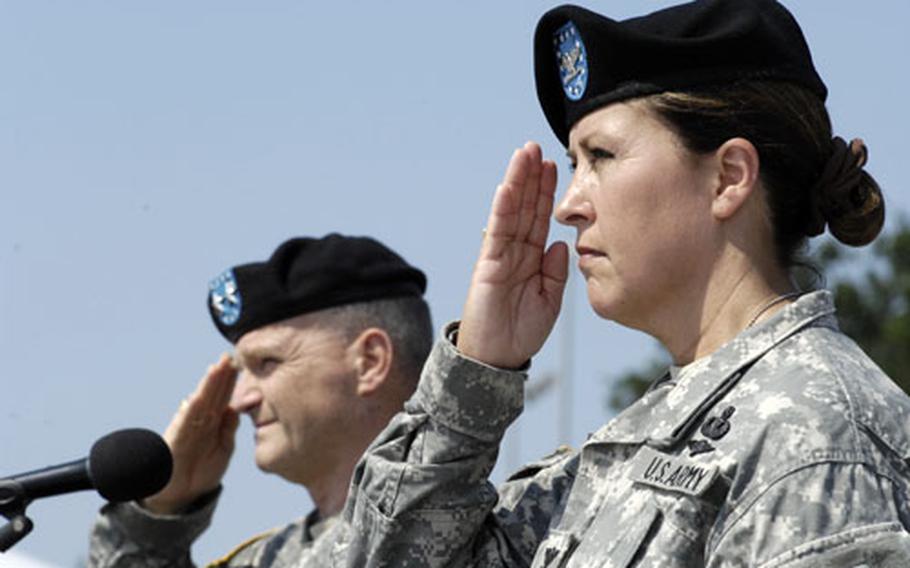 RHINE ORDNANCE BARRACKS, Germany &#8212; An Army logistics group with a history that reaches back before World War II cased its colors on Monday during a deactivation ceremony.

Soldiers symbolically said farewell to the 29th Support Group, a unit wiped away and left only in name by the Army&#8217;s transformation and reorganization of forces in Kaiserslautern and elsewhere in Europe.

The group, which provided logistical support to deploying units scattered across Europe, boasted as many as 1,500 people just one month ago. The 29th currently has only a couple hundred soldiers, who will leave the now deactivated unit this Friday for other commands.

Maj. Gen. Yves Fontaine, commander of the 21st Theater Sustainment Command, said the group&#8217;s history "reads like a brilliant manuscript" that has come to its last chapter.

"It is a great organization, and it is a sad day to read the end of this outstanding mission," he said in prepared remarks at the ceremony.

Col. Robin Akin, who took command of the 29th in July 2006, said it was an honor to serve as its last commander.

"Although I&#8217;m saddened by the end of the unit&#8217;s service to the Army, it&#8217;s a privilege to be standing before you as the last Dragon Brigade commander and honor the legacy of the 29th Support Group."

The Army has been planning to deactivate the 29th for more than two years. Last year, the 21st Theater Sustainment Command established the 16th Sustainment Brigade, which has largely taken over most of the duties once done by the 29th.

The 29th can trace its origins to 1936, when it was known as the 29th Quartermaster Regiment. In 1942, the Army designated the unit the 29th Quartermaster Truck Regiment and transferred the command to the Pacific region, where it served in the Papua Campaign. After receiving a Presidential Unit Citation for its actions in World War II, it was deactivated.

It wouldn&#8217;t be until 1962 that the Army would bring it back as the 29th Quartermaster Group at Fort Lee, Va. The unit would serve in Vietnam and deactivate a second time in 1972 before the Army reactivated the unit and moved it to Kaiserslautern.

The group deployed to Turkey in 2002 to help support Operation Iraqi Freedom and deployed to Afghanistan in 2005 to help with logistics. The unit most recently helped support deploying Romanian and Slovakian troops heading to Afghanistan and Iraq.