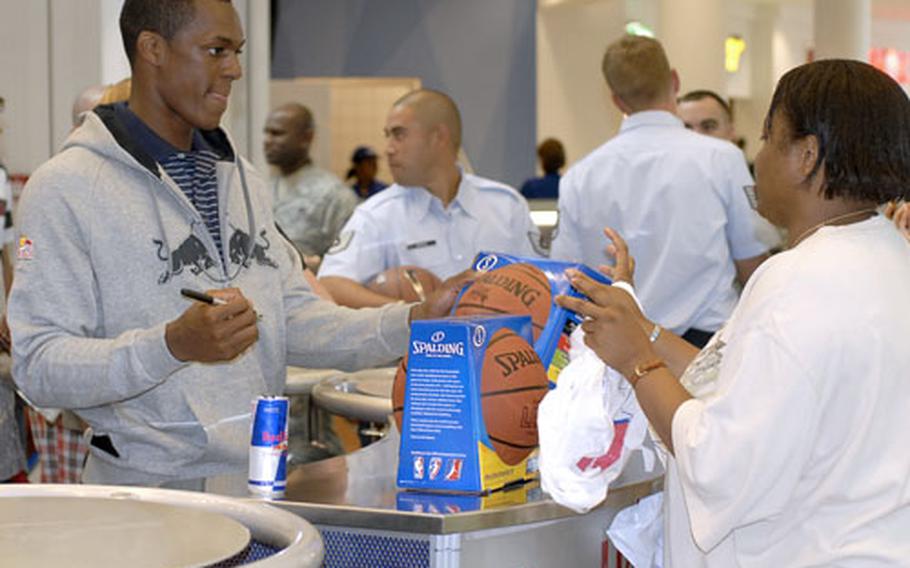 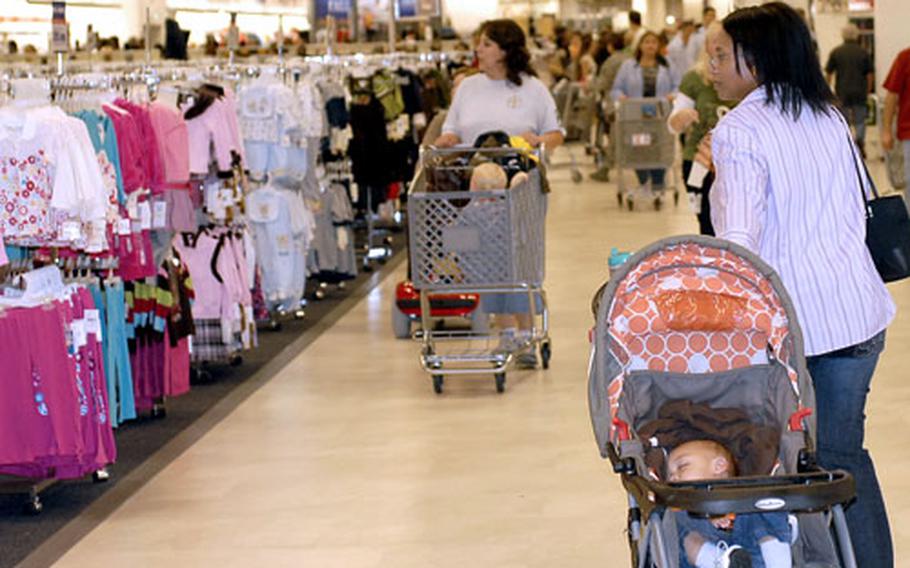 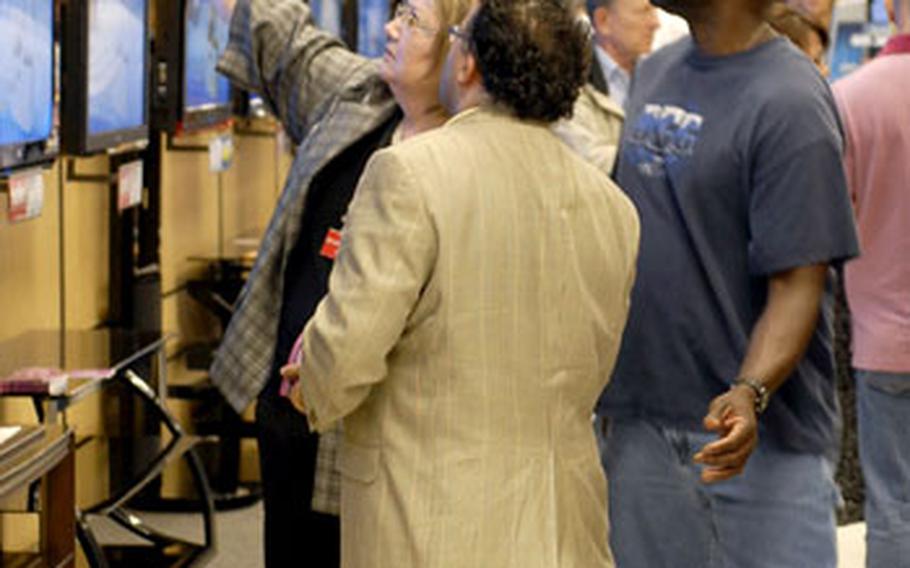 Shoppers check out the televisions at the Power Zone. (Mark Abramson / S&S)

According to Army and Air Force Exchange Service officials, the new exchange on Ramstein Air Base is the largest in the world at 165,000 square feet. It opened after nearly four years of construction-related delays in the same complex as a 350-room hotel and shopping center.

The exchange&#8217;s Power Zone electronics area, toys and sporting goods were among the most packed sections of the store. Kids tested their gaming skills on various consoles and airmen and soldiers lounged in home theater chairs watching movies on massive flat-screen televisions.

But despite the crowds, everything went smoothly and the large turnout did not seem to cause any parking problems, Marotto said.

The line to get on base, however, was a little longer than usual, stretching to the visitor center at the West Gate. And Air Force Security Forces airmen directed traffic at the roundabout entrance to the exchange parking lot.