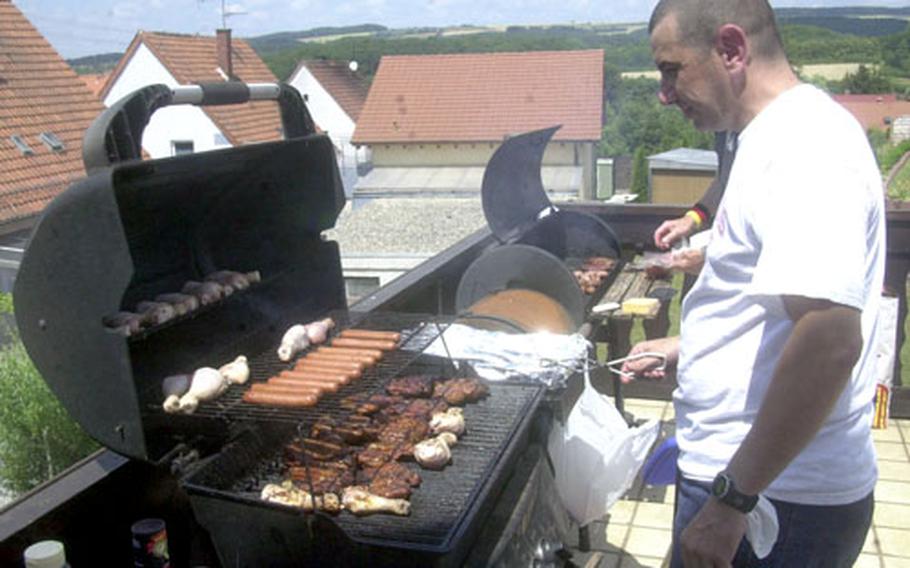 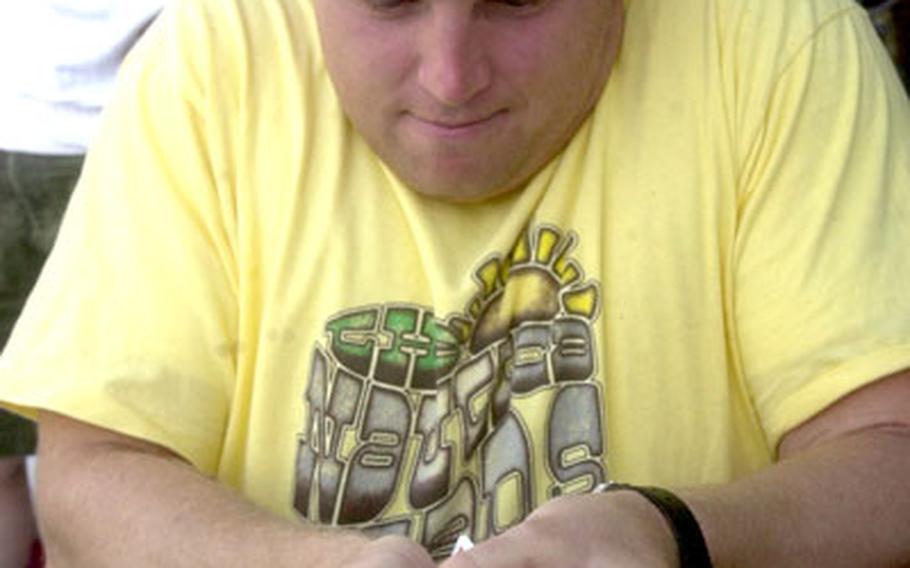 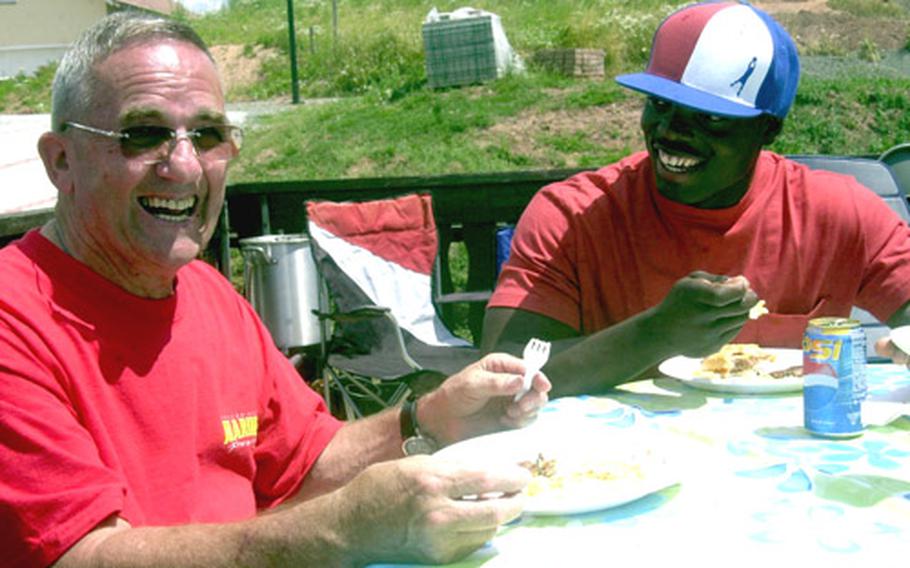 KAISERSLAUTERN, Germany &#8212; If not for the hospitality and generosity of one couple and several volunteers, a group of wounded warriors likely would have spent our nation&#8217;s 230th birthday stuck in the barracks.

Instead, nearly 30 volunteers and &#8220;walking wounded&#8221; gathered Tuesday at the Kaiserslautern-area home of Doug and Carolyn Crossley for a Fourth of July cookout.

The Crossleys have been hosting cookouts for the wounded troops year-round for the past 2&#189; years.

His wife seeing the wounded troops at the hospital prompted the couple to start hosting events at their home, said Sgt. 1st Class Doug Crossley, who is assigned to the Army&#8217;s Center for Health Promotion and Preventive Medicine-Europe at Landstuhl.

The walking wounded troops from downrange staying at Kleber Kaserne&#8217;s medical holding barracks suffer injuries that do not require constant hospitalization. They are housed at Kleber while they receive treatment at nearby Landstuhl Regional Medical Center for ailments that medical facilities in Iraq and Afghanistan are not tailored to treat. Vans transported the wounded troops Tuesday from Kleber to the Crossleys&#8217; home.

Once there, the soldiers, sailors, airmen and Marines enjoyed a variety of grilled meats, played cards and dominoes, watched movies, cracked jokes and laughed.

In addition to the cookouts, the Crossleys also take the wounded on short trips around Kaiserslautern.

Carolyn Crossley is the vice president of Operation First Response, a nonprofit organization dedicated to supporting wounded troops and their families. The Crossleys receive financial support from the organization to host the cookouts. Until a few months ago, the couple was paying out of their own pockets.

So why do they give so much time and effort?