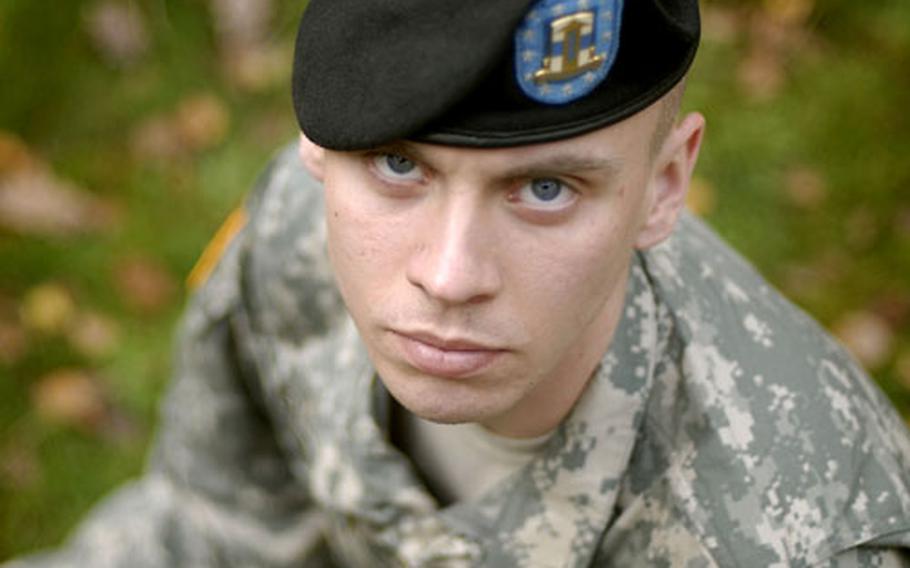 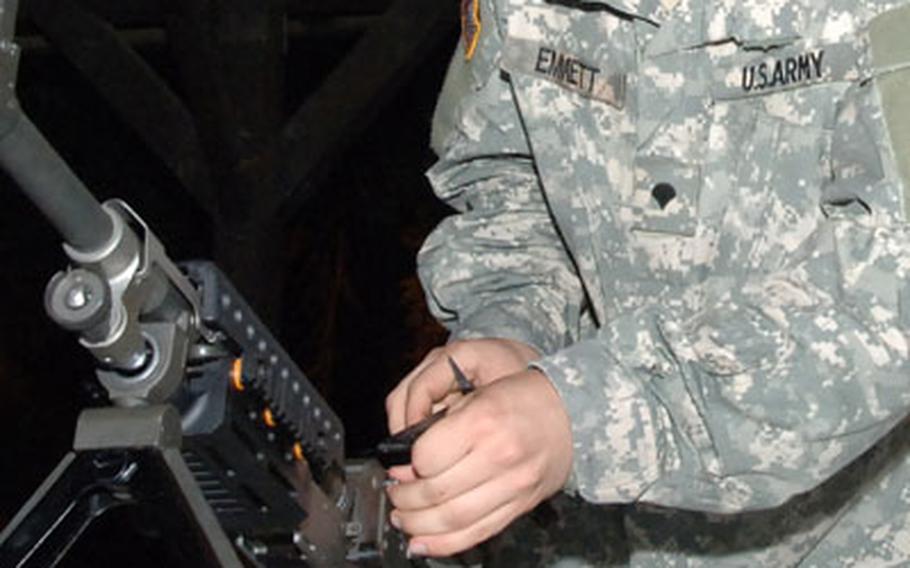 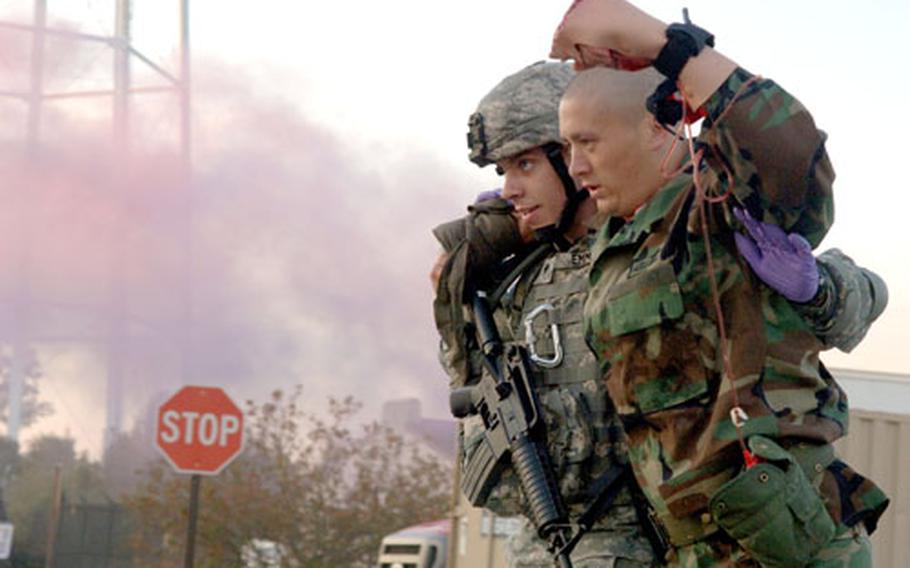 Spc. John Emmett assists a casualty to a collection point during the Warrior Tasks and Battle Drills at the competition at Fort Lee, Va. (Mike Strasser / Fort Lee PAO) 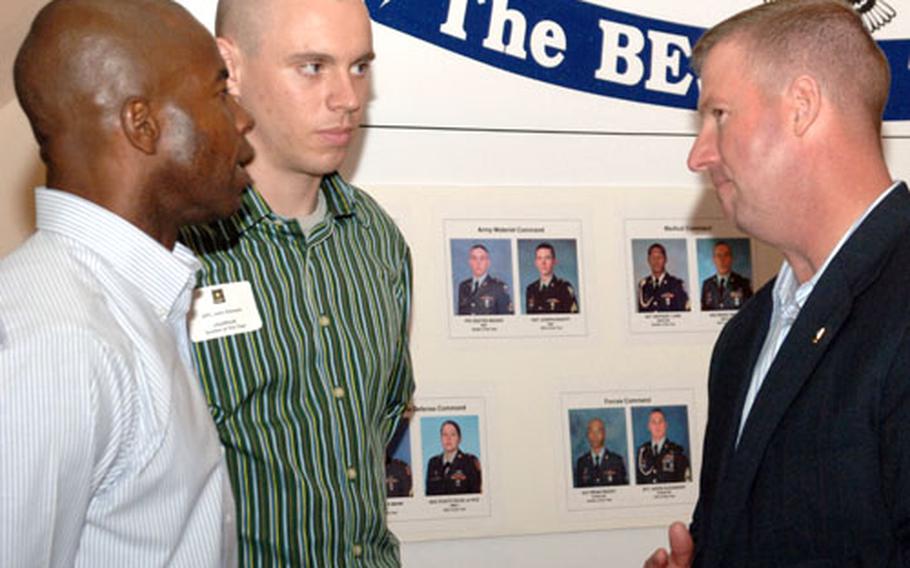 It is the first time a 21st TSC soldier has garnered the distinction of the Army&#8217;s Soldier of the Year.

So, what was it like when Emmett was announced the winner?

But for the soldier, who at the time of the competition held the rank of specialist, the title came with a sense of responsibility.

In winning the five-day competition in early October, Emmett, among other tasks:

Achieved the maximum score on a physical fitness test.Performed day and night land navigation in full gear.Dragged a 225-pound mannequin through an obstacle course.Grappled with the other competitors in an Army combatives tournament.Emmett represented U.S. Army Europe during the Armywide competition, after taking the USAREUR Soldier of the Year title in August.

The thought that got Emmett through the USAREUR competition was Jesus carrying the cross on the road to Calvary.

While Emmett found the USAREUR level competition physically challenging, the Armywide contest was more of a mental challenge, and his faith played a big role. &#8220;It was just asking God for the agility of mind, the quickness of mind to react to these things quickly and accurately,&#8221; said the signal support system specialist with the 21st TSC Headquarters and Headquarters Company.

Emmett&#8217;s road to becoming the Army&#8217;s best warrior began April 26 when he sat for the soldier of the month board at the company level. Through the process, Emmett credits the mentorship and sponsorship of Sgt. 1st Class David Fannon and Staff Sgt. Lawrence Allen in helping him achieve the soldier of the year title.

Emmett&#8217;s father, who retired from the Army at the rank of sergeant first class, has always told him to stay humble and look to himself. It seems that Emmett is heeding his father&#8217;s words.