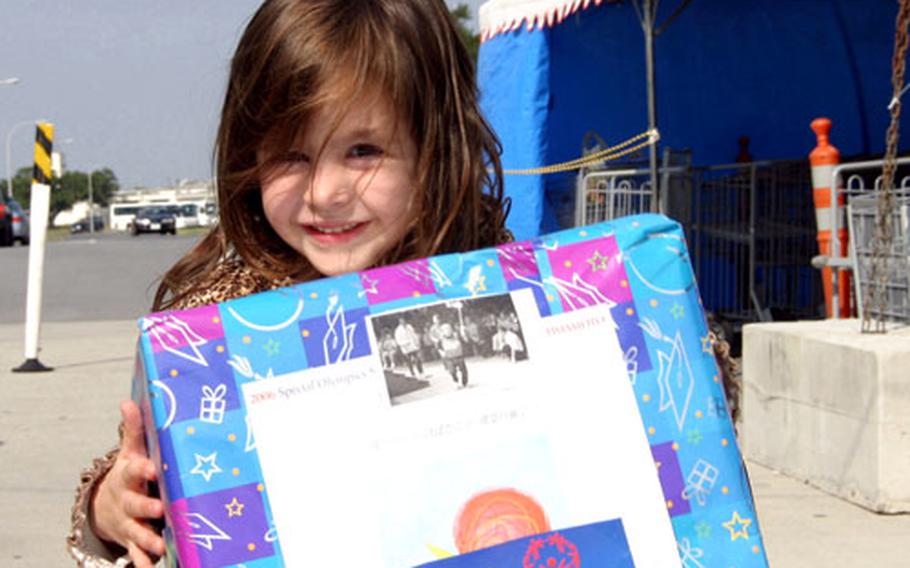 KADENA AIR BASE, Okinawa &#8212; More than 150 airmen, Department of Defense Dependents Schools employees and their families volunteered their time this month to raise money for the 2006 Kadena Special Olympics.

According to Chip Steitz, a senior adviser for the group, they expect to have raised more than $3,000 in individual donations once the money is counted from the past two weekends collecting funds at the Kadena Commissary.

They also expect to raise some $5,000 from donations from Proctor & Gamble, which is donating 25 cents for each case of its products sold during the period, Steitz said.

This year&#8217;s Special Olympics is scheduled for June 24 at Kadena High School. Last year, some 881 athletes and 250 special-needs artists participated, cheered on by more than 2,000 spectators. Most of the participants were Okinawan.

&#8220;The message is that people with disabilities should be afforded the same opportunities to celebrate their successes and achievements,&#8221; she said.

&#8220;The Special Olympics on Okinawa is a unique program which has grown to become the largest such outreach program in the Pacific. I am humbled by the number of volunteers over the past two weekends and inspired by the generous contributions made by the members of team Kadena toward this program.&#8221;

The Kadena Special Olympics began as a 100-athlete affair in 1999 and is now one of the U.S. military&#8217;s largest community-relations undertakings in the Pacific, Steitz said.