Kadena troops fight aircraft damage one object at a time 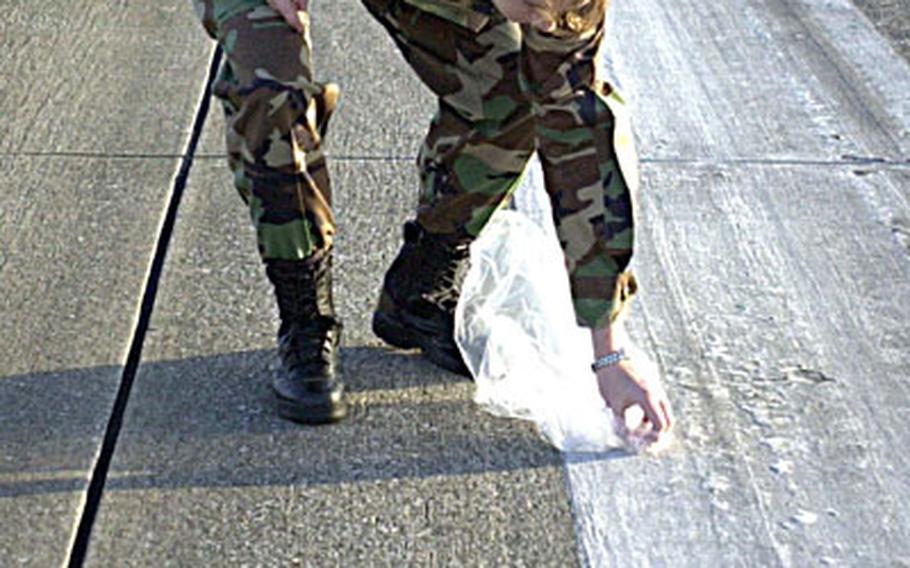 That was the mandate for more than 2,000 airmen, sailors and Marines during Kadena Air Base&#8217;s annual foreign object damage (FOD) walk Wednesday on the tarmac and surrounding areas.

During the walk &#8212; a supplement to daily searches by flight-line personnel &#8212; servicemembers looked for lost tools, personal items and airfield debris.

As most associated with the military know, foreign object damage from debris pulled into aircraft engines can be dangerous &#8212; and it can suck up a lot of money.

And for the last five quarters, the base has not experienced any FOD incidents resulting in damage of more than $20,000, Rogers said, adding that 90 percent of all FOD incidents are preventable.