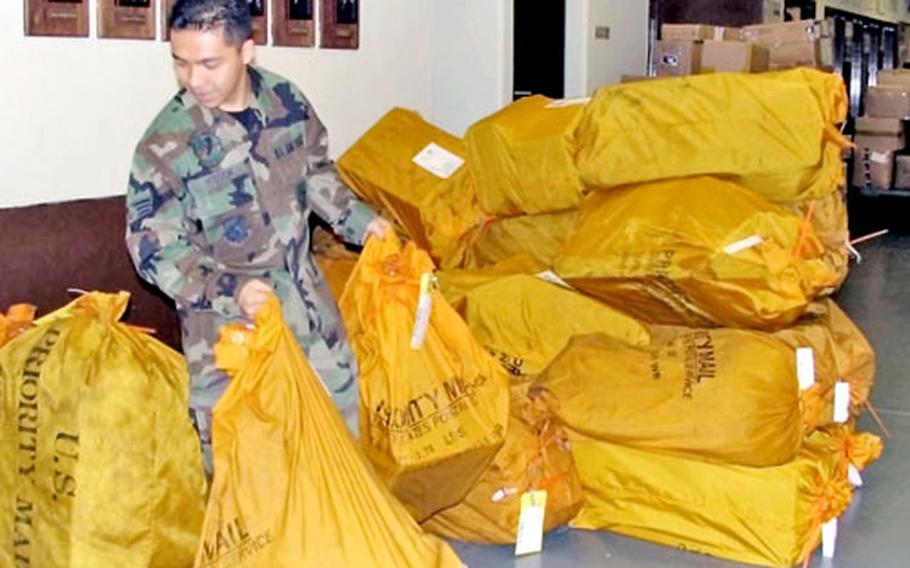 KADENA AIR BASE, Okinawa &#8212; This base is home to the best aerial mail terminal in the Air Force.

&#8220;We&#8217;re ecstatic!&#8221; Master Sgt. Roger Hall, detachment chief for Detachment 3, PACAF Air Postal Squadron, said Tuesday. &#8220;This is unprecedented for us, especially against such steep competition from the other mail terminals in the Air Force. It shows the quality of the people we have here.&#8221;

Hall and his crew of 25 military and 10 Japanese civilian workers move two to three tons of airmail every day.

And once a week they do the same thing for space-available mail that arrives by ship.

Hall said his crew had a potluck lunch to celebrate the award.

Competition for the awards gets tougher every year, said Lt. Gen. Michael Peterson, chief of war-fighting integration and chief information officer for the office of the secretary of the Air Force.