Kadena students learn to 'walk away' 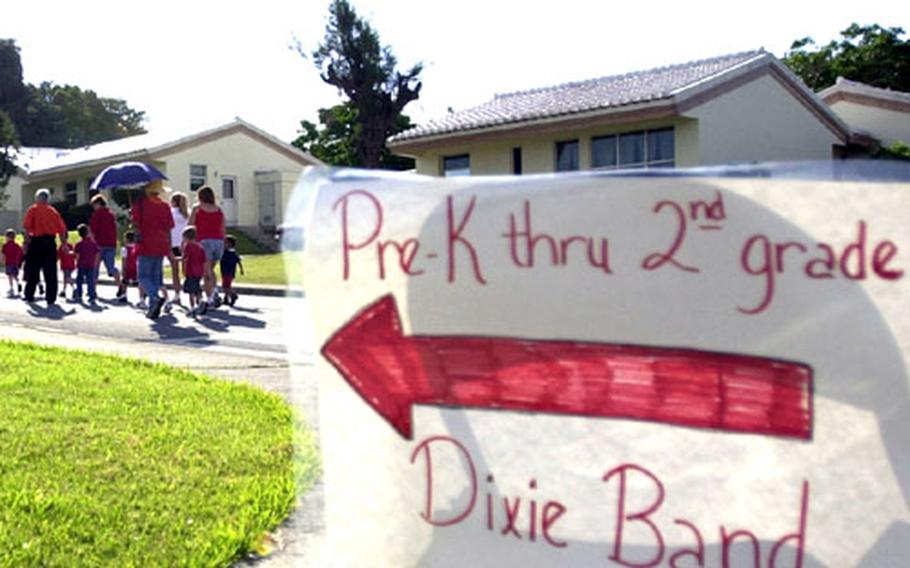 The sign points the way for younger Kadena Elementary School students during their "walk away from drugs" Thursday, in celebration of Red Ribbon Week. (Fred Zimmerman / S&S)

The sign points the way for younger Kadena Elementary School students during their "walk away from drugs" Thursday, in celebration of Red Ribbon Week. (Fred Zimmerman / S&S) 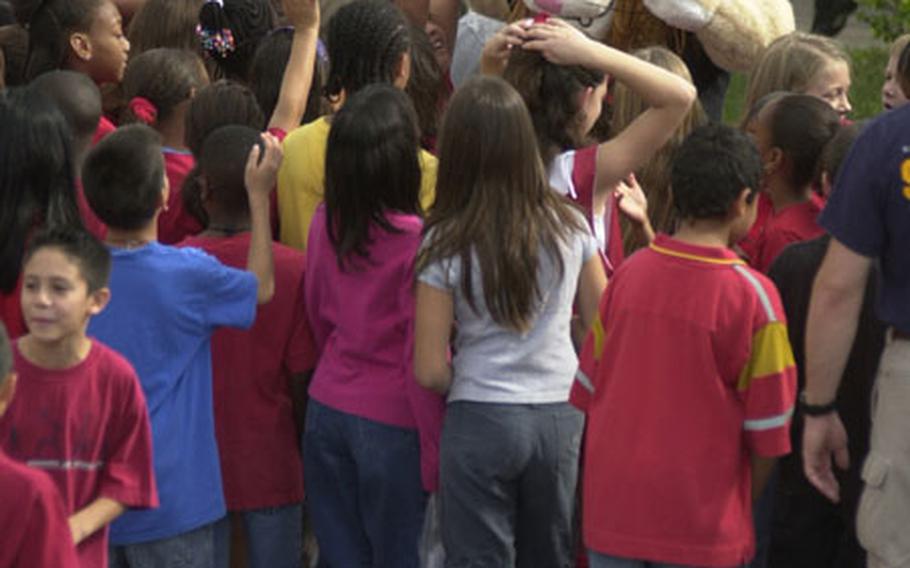 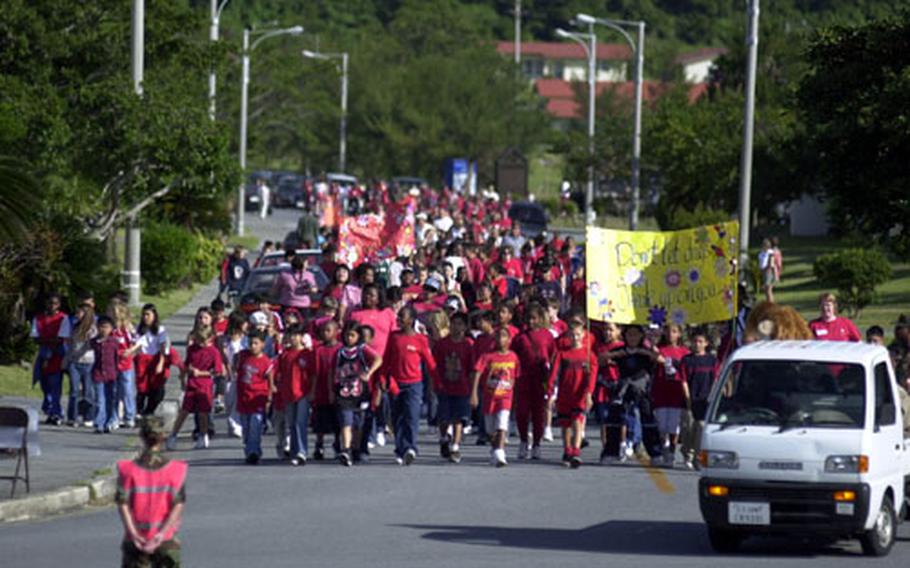 A wall of students from Kadena Elementary School makes its way through the streets of the housing area surrounding the school during the "walk away from drugs" event Thursday. More than 1,200 students, faculty and parents participated in the walk in celebration of Red Ribbon Week. (Fred Zimmerman / S&S)

KADENA AIR BASE, Okinawa &#8212; Kadena Elementary students &#8220;walked away from drugs&#8221; Thursday during the culminating event of Red Ribbon Week.

About 1,200 students, faculty members and parents, led by the III Marine Expeditionary Force Band, took part in the second annual parade through the housing areas surrounding the school.

Red Ribbon Week has become a national symbol of drug prevention. It began as a tribute to Enrique Camarena, a Drug Enforcement Administration special agent killed by drug traffickers in 1985.

Thursday&#8217;s event started with a gathering on school grounds. Ian Coubrough, the school&#8217;s principal, talked about what the students learned during the week.

After the brief ceremony, the march stepped off on the walk, which was about a mile for third- through sixth-graders and a half-mile for pre-kindergartners through second-graders. During the parade, students carried banners and posters that each student had signed, pledging to remain drug-free.

School nurses Tina McNeal and Marian Ruff had events planned for every day of Red Ribbon Week. Monday was &#8220;sock it to drugs day,&#8221; when students were asked to wear crazy socks; Tuesday, students could &#8220;shade out drugs&#8221; by wearing sunglasses; &#8220;don&#8217;t let drugs sneak up on you&#8221; was Wednesday, when all the students were to wear sneakers to school.

Prizes were given out each day to some of the students who took part in the events. All prizes were in line with the theme of the week &#8212; red &#8212; whether it was candy or school supplies.

&#8220;Sock it to drugs&#8221; was the favorite day for sixth-grader Harlee Alcala. Harlee said that in addition to being fun, Red Ribbon Week reminds the students about the negative effect of drug use.