Kadena students get a taste of Okinawa-style school 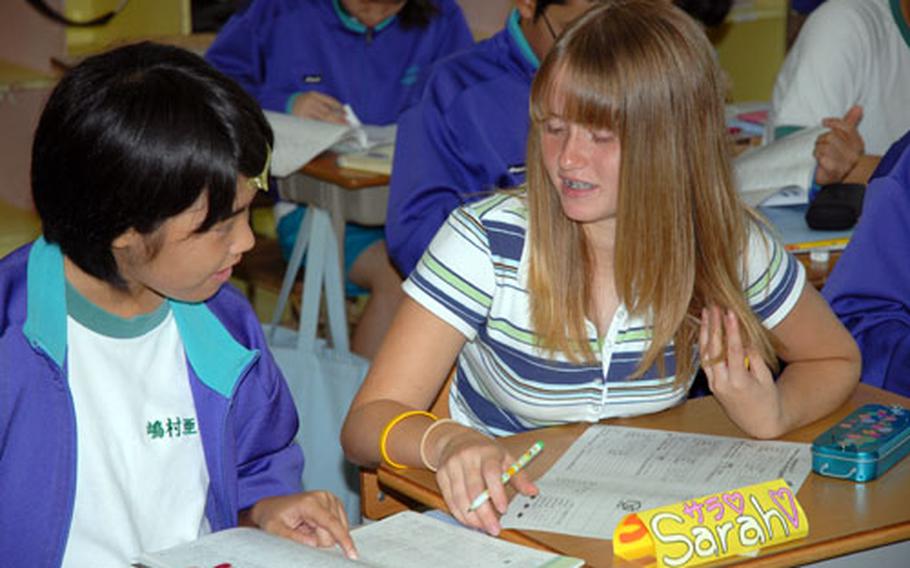 KADENA AIR BASE, Okinawa &#8212; Some Kadena Middle School students are getting a taste of Japanese school life this week &#8212; not all of which the kids actually want to taste.

Simons and six other Kadena eighth-graders are participating in a student exchange with Yamauchi Junior High. Most of the Kadena students are finding that Japanese schools are wildly different.

At Yamauchi the students eat family-style and serve the meal themselves. There is no lunchroom or janitorial staff &#8212; the kids clean the school.

The classes are almost double the size of those in the Department of Defense Dependents Schools and the students wear uniforms.

The principal of Yamauchi, Hirokuni Shimoji, said he encourages the program because he wants his students to think internationally and be able to communicate with anybody. &#8220;I want to be the one learning English, but I&#8217;m too old now,&#8221; he laughed.

The program, in its second year, has grown in popularity with the Kadena kids. There was twice the number of Japanese students who wanted to attend Kadena than there were spots available, but only one Kadena student went to Yamauchi last year, said Henry Meyer, a DODDS-Okinawa school district spokesman.