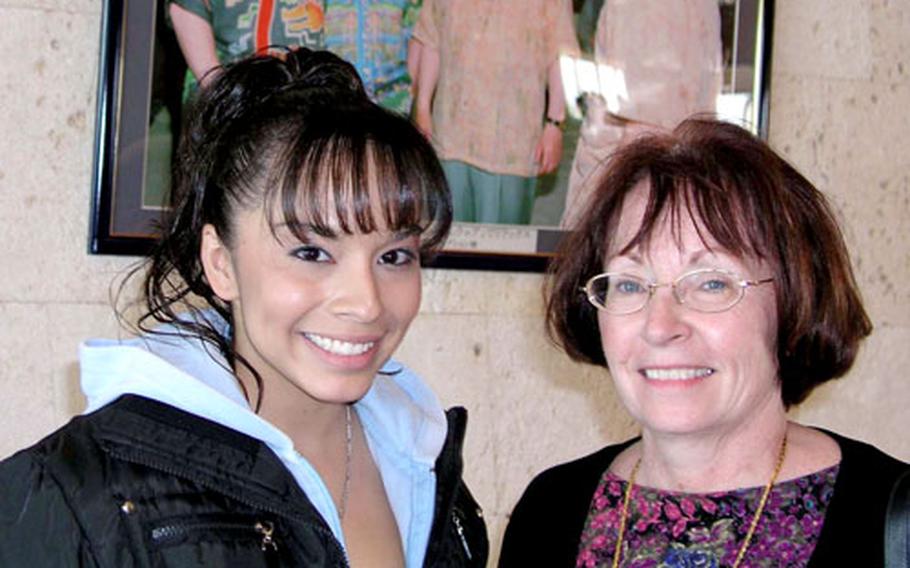 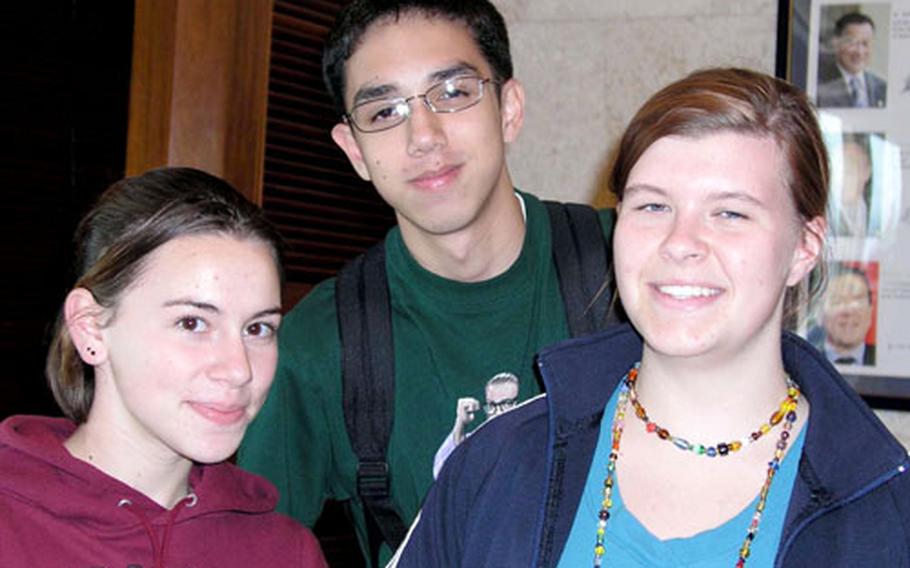 About 20 marine biologists from around the world participated in the two-day symposium to discuss their latest findings about the earth&#8217;s endangered sea mammals.

On Sunday, three biologists gave lectures open to the public about sea mammals, such as whales, dolphin, dugongs and manatees.

Two of Sunday&#8217;s lectures were given by Japanese researchers, with simultaneous translations provided to the non-Japanese-speaking audience members.

&#8220;It was a wonderful experience for our students to come to hear world-renowned scientists speak,&#8221; said Jayne Schilke, a Kadena marine biology teacher escorting the students.

&#8220;It was really interesting to learn how whaling was introduced in Japan,&#8221; student Amanda Garcia said during a break from a lecture on the subject.

Senzo Uchida, director of the Okinawa Churaumi Aquarium in Ocean Expo Park, sponsor of the symposium, gave a lecture on sea mammals found in Okinawan waters.

Of 76 kinds of whales and dolphins known in the world, 38 have been seen in Japanese waters and 23 have been spotted near Okinawa, Uchida said.

Although sea creatures live in the water, their lives are constantly affected by the activities of human beings, he said.

Several years ago, his aquarium staff found a dead dugong on a beach in Ginoza, in northeast Okinawa, he said. The cause of the death was intestinal damage from fishing lines it had swallowed.

Okinawan waters are the northern habitat for dugongs.

Attending the lecture had more impact than reading any book, he said.