Kadena student to bowl for Okinawa in Japan Special Olympics 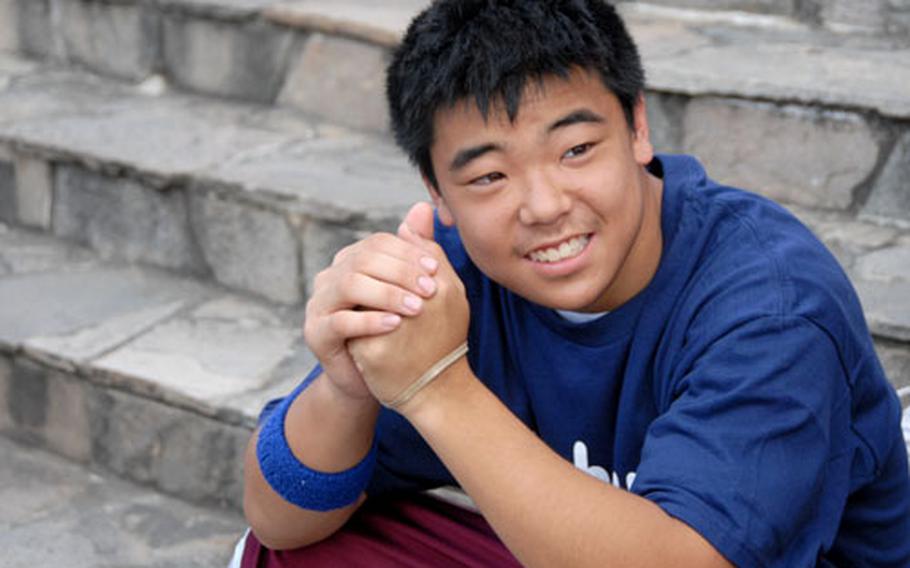 DJ La Marr, a senior at Kadena High School, is the first American to compete in Japan&#39;s Special Olympics. He is on the bowling team representing Okinawa. (Megan McCloskey / S&S)

DJ La Marr, a senior at Kadena High School, is the first American to compete in Japan&#39;s Special Olympics. He is on the bowling team representing Okinawa. (Megan McCloskey / S&S) Hitoshi Neho and DJ La Marr make each other laugh while waiting for Sunday&#39;s torch run to publicize the Okinawa tennis and bowling teams&#39; trip to Japan&#39;s national Special Olympics next month. "We crack jokes," La Marr said about his friendship with Neho, who doesn&#39;t speak English. (Megan McCloskey / S&S) 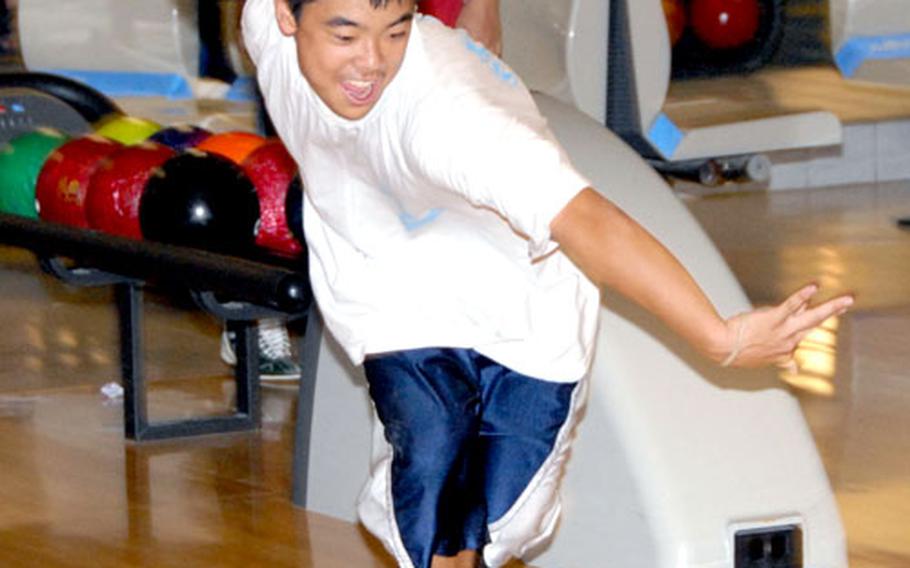 DJ La Marr bowls with friends Monday at the air base bowling alley, where kids can bowl unlimited games for free from 2:30 to 5 p.m. He practices almost every day. (Megan McCloskey / S&S)

KADENA AIR BASE, Okinawa &#8212; As a pro bowler hopeful, a Kadena High School senior is finding that life&#8217;s ambitions are taking him back to his roots.

DJ La Marr was born in Tokyo almost 18 years ago, adopted by an American family and now is headed to Kumamoto, Japan, to compete in bowling at the country&#8217;s national Special Olympics in November.

DJ will be the first American ever to participate in Japan&#8217;s games.

Getting the special-needs athlete and standout bowler on the team representing Okinawa was an arduous process that took more than nine months, said Chip Steitz, the Okinawan Special Olympics advisor who pushed to get DJ accepted into the national games.

DJ found out only a few weeks ago that he would be able to go.

Those afternoons of bowling normally are full of silliness with friends but DJ and his Okinawan teammates had to put in documented practice time with the coaches to qualify for the national games.

DJ is the only team member who doesn&#8217;t speak Japanese but his coaches and parents said that doesn&#8217;t seem to make a difference with the players.

DJ hangs out with one of the athletes in particular, Hitoshi Neho, whom DJ calls his bowling brother. The twosome often can be found giggling and have an unusual ritual for celebrating strikes. They sing &#8220;Happy Birthday&#8221; &#8212; some of the only English Neho knows.

DJ will travel with the bowling team and take part in all the Japanese customs that come with, such as sleeping in a tatami room and going to a bathhouse. DJ went with his dad to an Okinawan bathhouse recently so he&#8217;d have an idea of what to do when he was on his own in Japan.

With money from a $10,000 grant from the American Women&#8217;s Welfare Association, Okinawa is sending a tennis and a bowling team to the Nov. 3-5 games. The winners will go on to compete in the Special Olympics World games in Shanghai, China.

When asked his goals for the Japan games, DJ replied with his characteristic smile and shrug: &#8220;To bowl perfect games.&#8221;