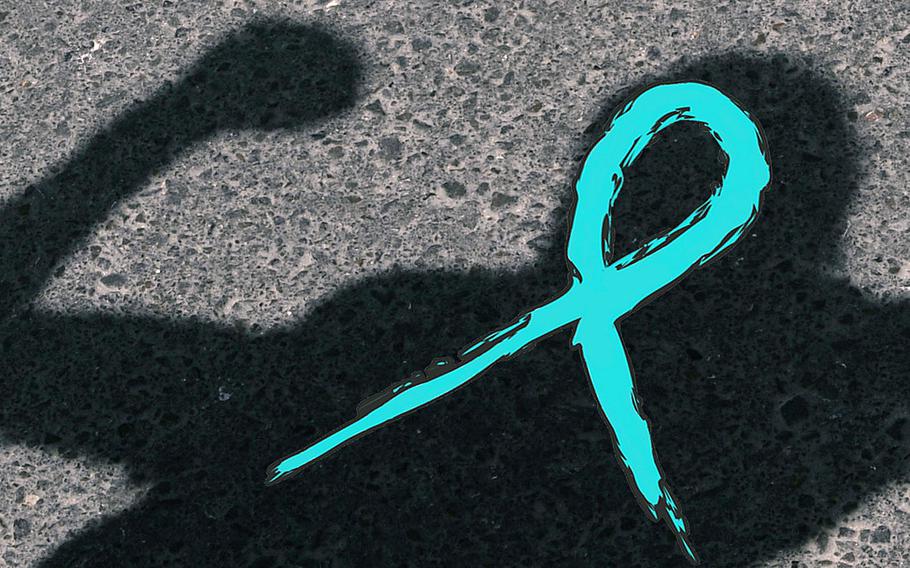 CAMP FOSTER, Okinawa — An 18-year-old Kadena High School student was indicted Monday in federal court on charges that he allegedly raped a heavily intoxicated 17-year-old classmate in front of other students and captured the incident on a cell phone video.

Ricky Isiah Sherwood of White Bear Lake, Minnesota, was charged in District Court in Minnesota with sexual abuse, production of child pornography and possession of child pornography, according to a Justice Department statement. The incident took place in early February at the Kadena Air Base home of his legal guardian and uncle, a Marine Corps staff sergeant, according to court documents.

Sherwood is being tried in federal court, because under the Military Extraterritorial Jurisdiction Act, federal courts have jurisdiction over felonies committed abroad by certain people employed by — or accompanying — the U.S. military. The act applies to any offense punishable by more than one year in prison.

Air Force officials on Okinawa referred inquiries to the Marine Corps, which declined to comment beyond the Justice Department statement.

Charly Hoff, a spokesman for DODEA-Pacific schools, said that the high school was providing care and support to the alleged victim.

“It’s heartbreaking,” Hoff said. “We’re doing all we can for this young student.”

“Appropriate actions” have been taken against the unnamed number of students who witnessed the alleged sexual assault and did not intervene, Hoff said. He declined to comment further citing privacy concerns.

The girl, whose family lives on Kadena Air Base, was transported to the U.S. Naval Hospital on nearby Camp Foster for evaluation. Her blood-alcohol content at the time was .208, which is more than twice the legal limit to drive a car in the state of Minnesota, the complaint stated.

The incident was referred to the Naval Criminal Investigative Service. The alleged victim told NCIS agents that she had left school that day with Sherwood and other male students from Kadena High School and went to Sherwood’s home, according to the complaint, which was filed by an FBI agent investigating the case.

According to the agent, Sherwood provided alcohol to all of those present. The alleged victim did not have any recollection of what transpired between drinking a second cup of alcohol and being addressed by emergency personnel at Kenny Park.

Other students who were at the residence that day told authorities that an intoxicated Sherwood was observed having sex with the girl, according to court documents. By the end of the encounter, the alleged victim was “unable to stand, walk or dress herself” due to her level of intoxication.

Sherwood was driven to his job on the base as a part-time lifeguard by a friend, according to the complaint. Co-workers reported to NCIS agents that he did not appear to be drunk.

The next day, NCIS agents picked up Sherwood, who, after waiving his Miranda rights, admitted to providing alcohol, having sex with the classmate, and recording it on his cell phone, which he showed to investigators, the complaint stated.

At one point during the video, a male student said, “She looks like she’s gunna die,” according to the complaint.

Sherwood was arrested on May 7 at Kadena Air Base and made an initial court appearance via telephone, the Justice Department statement said. District of Minnesota Magistrate Judge Tony Leung ordered Sherwood be detained and brought back to the United States.

NCIS and the FBI are continuing to investigate the case, according to the Justice Department statement.

Hoff said students at Kadena High School were given Sexual Assault Prevention and Response Training on April 29 that had been modified for them in response to this incident.