Kadena striving to be 'Fit to Fight' 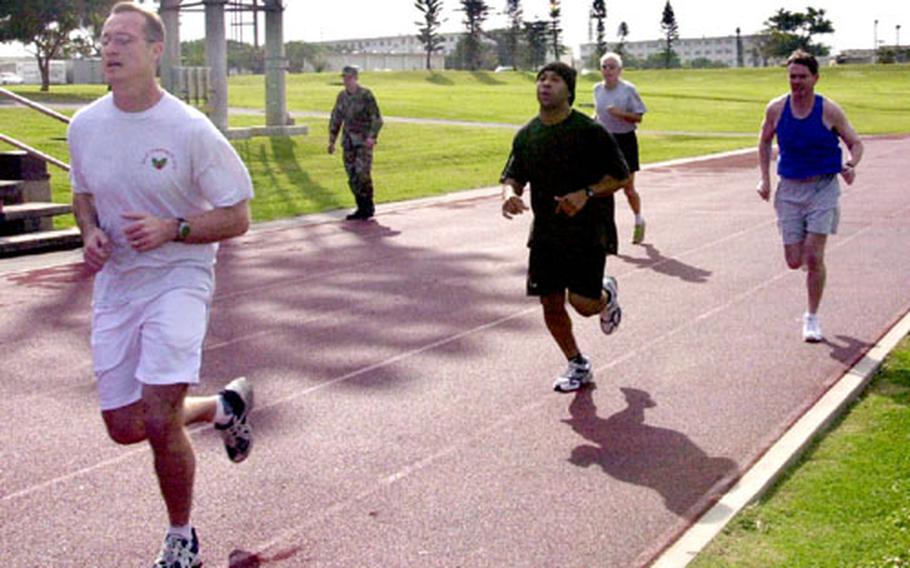 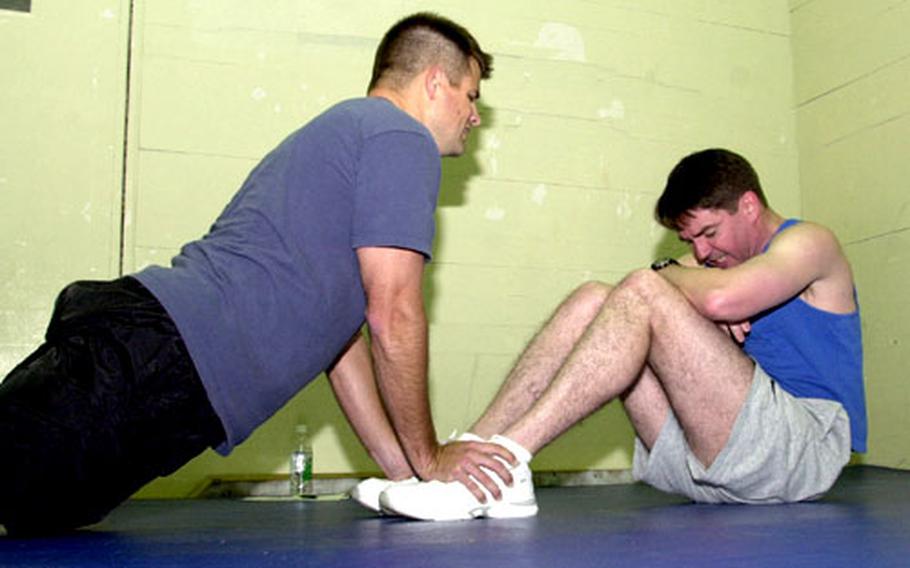 KADENA AIR BASE, Okinawa &#8212; Master Sgt. Chas Hodge shows airmen a few different sizes of bowls, then asks them what size they would select for their morning cereal.

Most select a size that Okinawans refer to as &#8220;an American-sized portion&#8221; &#8212; and eating those portions is what brings some airmen to Kadena Air Base&#8217;s Health and Wellness Center, where Hodge serves as superintendent.

The center is on the frontline of the Air Force&#8217;s year-old &#8220;Fit to Fight&#8221; program, which replaced an annual exercise-bike test with a steady regimen of physical training, leading to a test that includes push-ups, sit-ups and a 1.5-mile run.

In 2004, 3,200 people participated in Health and Wellness Center programs. The center didn&#8217;t keep figures on how many of those people came during the first three months of 2004, nor how many came because of poor physical training test scores.

With few statistics to go by, Kadena health and wellness officials are determining ways to measure the new physical training program&#8217;s effectiveness.

Officers and senior noncommissioned officers plan to gather this summer to discuss how to weigh physical fitness when evaluating promotions.

Many Kadena officials said they can tell the added emphasis on fitness is working just by looking around.

Most units are now in physical training three times per week, although Kadena is &#8220;still working toward that in some units,&#8221; Jouas said.

Airmen who score below 75 percent on their tests must take the Health and Wellness Center&#8217;s body composition classes, which review nutrition and other health factors. Airmen scoring below 70 percent must take the fitness improvement program, which delves in-depth into each person&#8217;s fitness regimen and makes recommendations.

Many airmen who struggle with the 1.5-mile run are smokers, Hodge said. The Health and Wellness Center offers classes to help those airmen quit smoking.

Any SOFA-status personnel can use the Health and Wellness Center&#8217;s nutrition and fitness services. For information or to make an appointment, call DSN 634-2499.

The new emphasis on fitness isn&#8217;t limited to just the lower ranks, as Brig. Gen. Jan-Marc Jouas showed during his own test with his 18th Wing Headquarters staff Wednesday.

Jouassaid he would have liked to run the course about 15 seconds faster; however, his overall score, including push-ups and sit-ups, put him in the &#8220;excellent&#8221; range for his age group.

The Air Force is considering changes to the fitness program, Jouas said. Officials will consider whether to factor in altitudes while running, and whether the body mass index is the right measurement for fitness, he said.