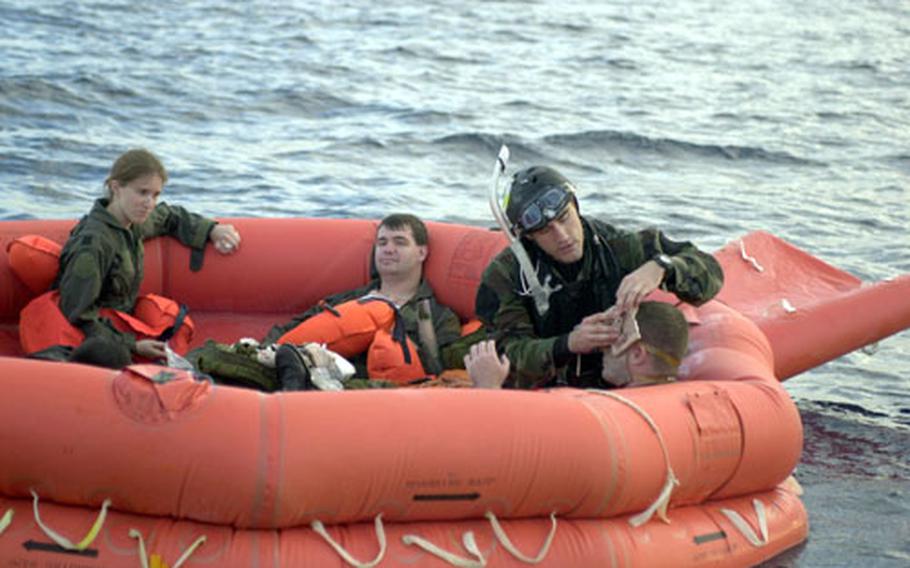 Air Force Staff Sgt. Sean Cunningham, a Pararescue Journeyman with the 31st Rescue Squadron, bandages the head of one of the "victims" in Thursday&#39;s exercise off the coast of Okinawa at White Beach Naval Facility. (Fred Zimmerman / S&S)

Air Force Staff Sgt. Sean Cunningham, a Pararescue Journeyman with the 31st Rescue Squadron, bandages the head of one of the "victims" in Thursday&#39;s exercise off the coast of Okinawa at White Beach Naval Facility. (Fred Zimmerman / S&S) 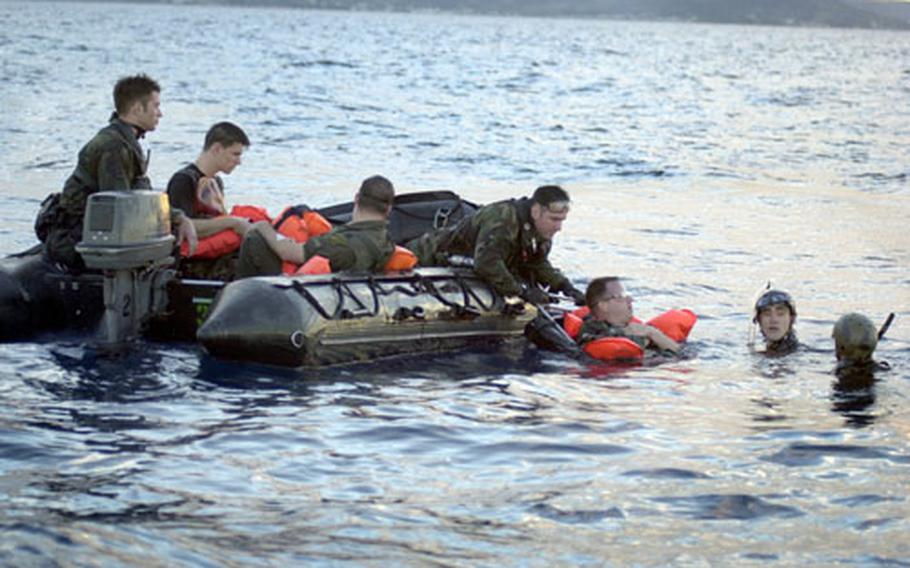 Members of the 31st Rescue Squadron secure a "victim" in a basket as they prepare to lift him from the water onto a Pave Hawk helicopter. (Fred Zimmerman / S&S) 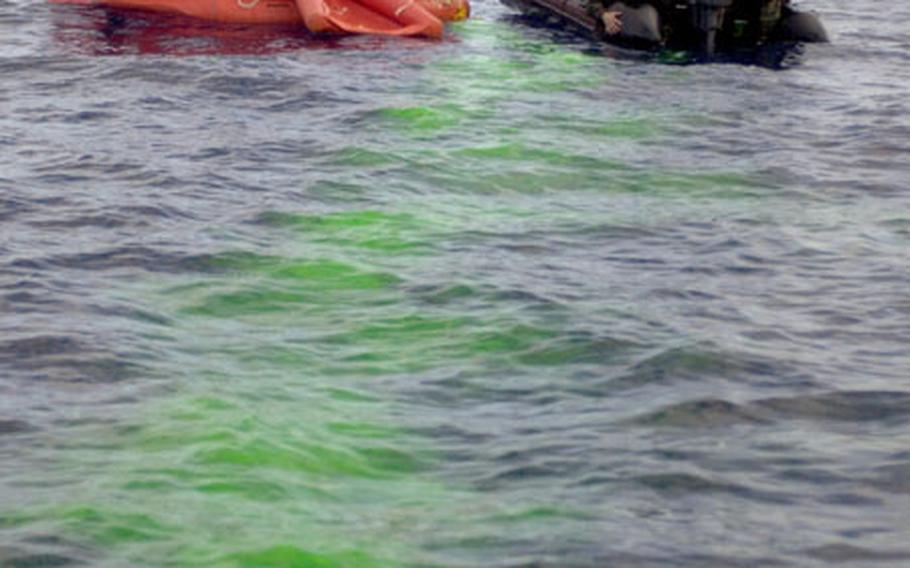 A green dye trail shows the path of the raft that some of the crash victims were in during the 31st Rescue Squadron&#39;s exercise Thursday. The dye is released once the packet becomes wet and can last for hours. (Fred Zimmerman / S&S)

The pararescue journeymen grabbed their gear and boarded a C-130 cargo plane and an HH-60G Pave Hawk helicopter. Within minutes, they were on scene.

Another four pararescuers rappelled from the helicopter and set up a boat.

The training was realistic.

For example, during the exercise the engines on the two inflatable boats dropped from the C-130 flooded and wouldn&#8217;t start.

While the pararescuers from the C-130 worked to start the engines, the helicopter crew was able to mobilize and care for the mock victims quickly.

The mock victims were categorized by injuries, and the Pave Hawk airlifted the most serious first.

The 31st is the only U.S. unit of its kind in the Pacific region, unit superintendent Tech. Sgt. Jeremy Hardy said.

The unit trains, equips and employs combat-ready pararescuers for deployment worldwide, he said. It also provides combat and humanitarian search and rescue, and medical assistance in any environment.