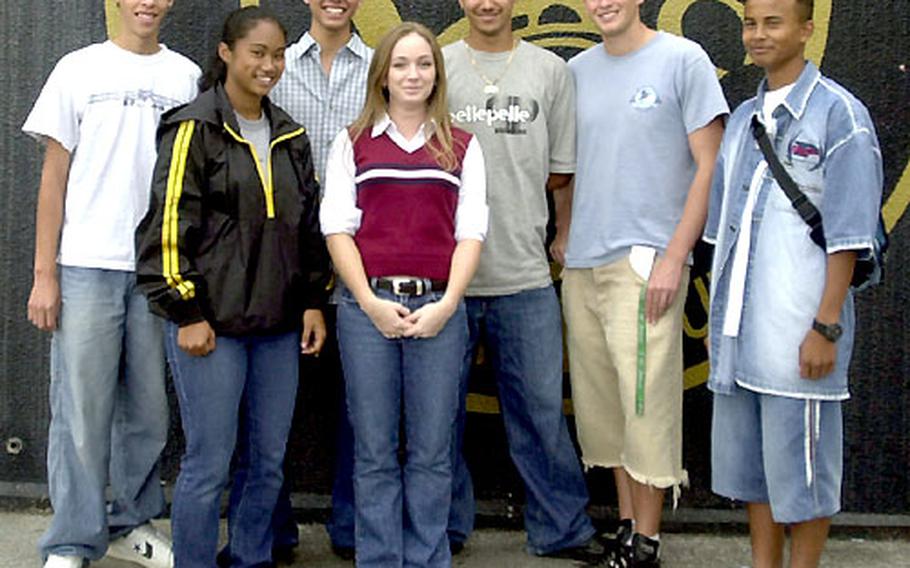 KADENA AIR BASE, Okinawa &#8212; The apple doesn&#8217;t fall far from the tree. And right now, that tree seems to be sending down roots on Okinawa.

Ten seniors at Kadena High School have received either Reserve Officers Training Corps scholarships or appointments to the various armed forces academies for next school year.

The school usually averages one student heading off to a service academy after graduation, said retired Lt. Col. Phillip J. Norris, the school&#8217;s Junior ROTC instructor, but that number has tripled this year.

Norris also serves as a liaison officer interviewing students who apply for an Air Force ROTC or Academy scholarship. &#8220;When the kids make the decision that this is what they want, they&#8217;re pretty motivated,&#8221; he said.

The students are so competitive, Norris said, in part because of the amount of extracurricular activities they perform, whether sports or community service. He said the number of students selected is a &#8220;testament to the kids &#8230; they do more than just show up to school.&#8221;

Mark said his mother, Barbara, was in the Air Force until about 10 years ago. She&#8217;s now a contracting specialist; his father, Eddie, is a sixth-grade teacher at Kadena.

The school&#8217;s JROTC unit deputy commander is one of the students aiming to become an Air Force officer through the ROTC program. Cadet Col. Ashley Coffey said she, too, always has wanted to be an Air Force officer. She&#8217;ll be attending the University of Missouri, Columbia, before hopefully heading off to flight school.

Coffey wants someday to fly the C-130 transport airplane, an aircraft familiar to her family. Her father, Air Force Master Sgt. Tim Coffey, is a loadmaster on the aircraft with Kadena&#8217;s 353rd Special Operations Group.

Norris said students who receive an ROTC scholarship would be saving more than $50,000, while those going to the academies easily will be getting a $200,000 education. But whether the students get commissioned via ROTC or an academy, Norris said &#8220;the bottom line is we&#8217;re going to have an officer.&#8221;