Kadena says another base food-service worker tested positive for coronavirus 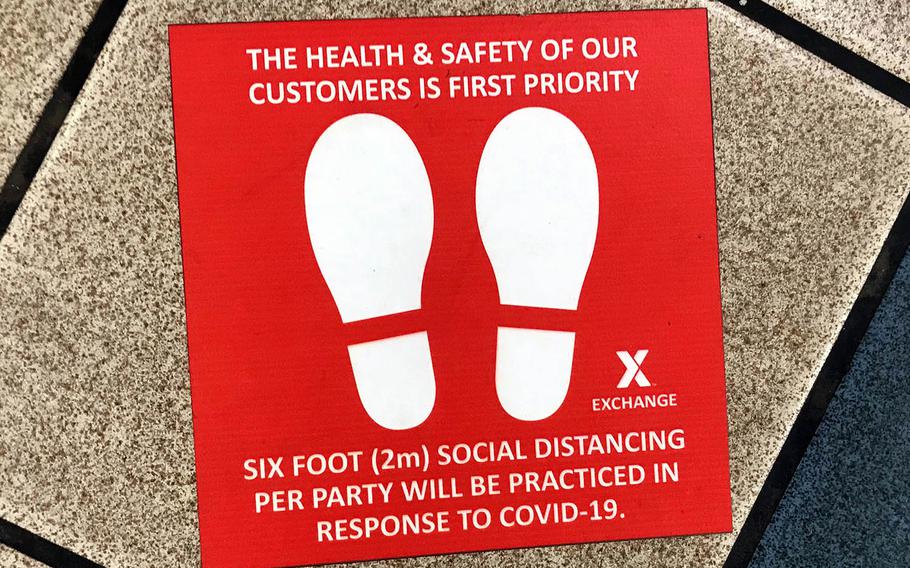 TOKYO — A food-service worker at Kadena Air Base has tested positive for the coronavirus, the third case this month involving a base employee, the installation announced Wednesday.

The employee worked at the Kazoku Place restaurant inside Rocker Enlisted Club and contracted the virus from a family member who also tested positive, according to a Facebook post by Kadena.

Four close contacts of the employee were also quarantined, and the Rocker was closed for deep cleaning, the post said. The Rocker and Kazoku Place restaurant will reopen at 6 a.m. Thursday.

The employee complied with all standard prevention measures “to include proper handwashing and mask wear while at work,” according to Kadena. The base referred to the U.S. Centers for Disease Control and Prevention, which states that no evidence exists to show people can get the virus by eating or handling food.

“An infected person can spread COVID-19 starting from 48 hours (or 2 days) before the person has any symptoms or tests positive for COVID-19,” the Kadena post said. COVID-19 is the respiratory disease caused by the coronavirus.

The infected employee “did not work the two days prior to symptom onset,” according to Kadena.

Kadena announced four other cases on Monday, all members of the same family that arrived Oct. 3. They tested positive over the weekend in a test required by U.S. Forces Japan prior to exiting quarantine. The four had been isolated since their arrival in Japan, the base reported.

Okinawa prefecture reported one death and 37 new cases Wednesday, which brought the pandemic total to 3,013 cases, according to the public health official.

In southern Japan, Sasebo Naval Base on Wednesday announced it cleared three people of the virus, leaving the base with one active case.

The base commander, Capt. David Adams, on Oct. 7 re-imposed tight travel restrictions as four, and ultimately five, new cases appeared at Sasebo. He lifted those restrictions four days later, in time for his command to take advantage of the Columbus Day holiday.

In response to questions, Winegardner said local conditions and mission requirements typically dictate the restrictions imposed by base commanders. For example, Navy personnel work in environments like ships and submarines where the virus may spread quickly, so they may be saddled with more stringent rules than Air Force maintainers working on open flight lines, he said.

“We have learned a lot of lessons along the way,” Winegardner said. “Some of them we learned the hard way. Some of them have come off the backs of the force out here because we just didn’t know what right looked like.”