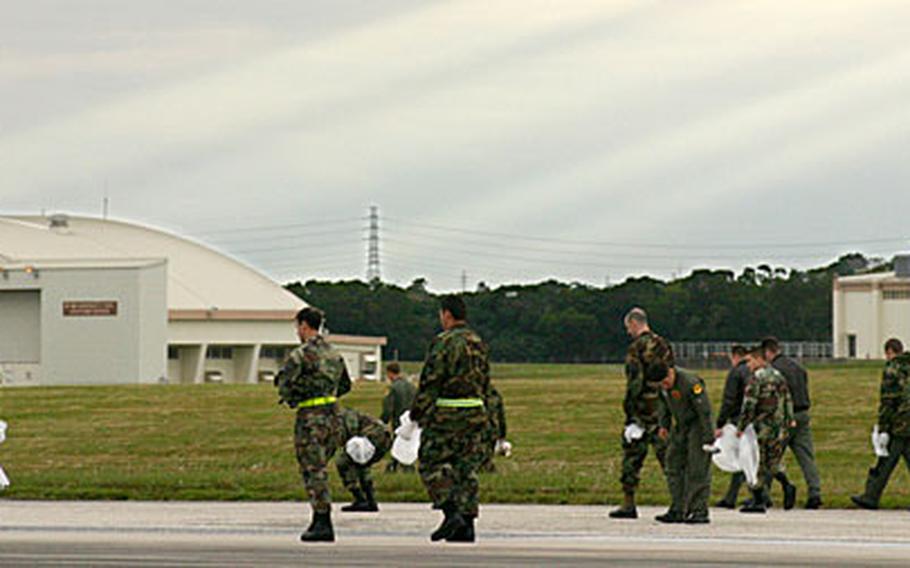 About 500 servicemembers walk along the two runways on Kadena Air Base looking for debris during the annual FOD Walk on Thursday. (Cindy Fisher / S&S)

About 500 servicemembers walk along the two runways on Kadena Air Base looking for debris during the annual FOD Walk on Thursday. (Cindy Fisher / S&S) 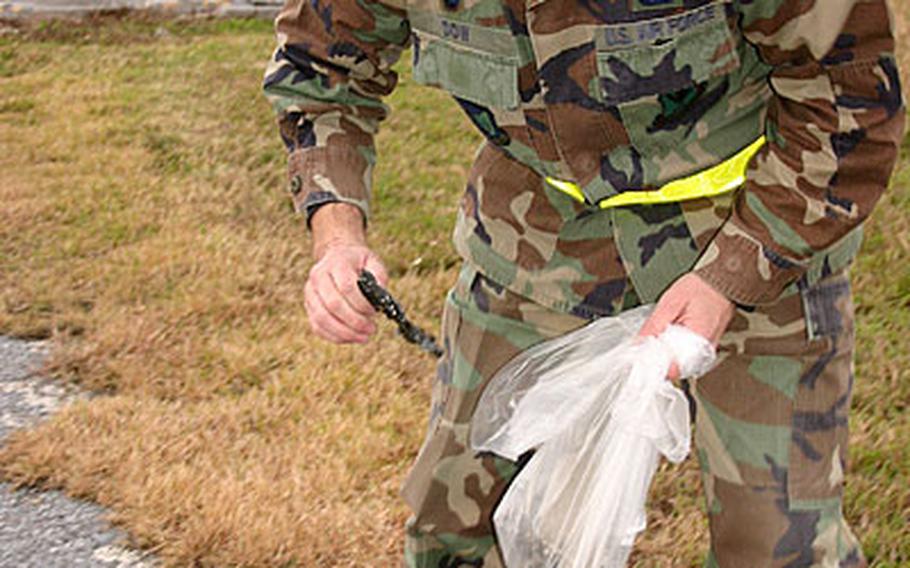 Maj. Jody Dow, 38, from Troy, Mont., with the 18th Logistics Readiness Squadron, picks up a piece of rubble along a runway. (Cindy Fisher / S&S) 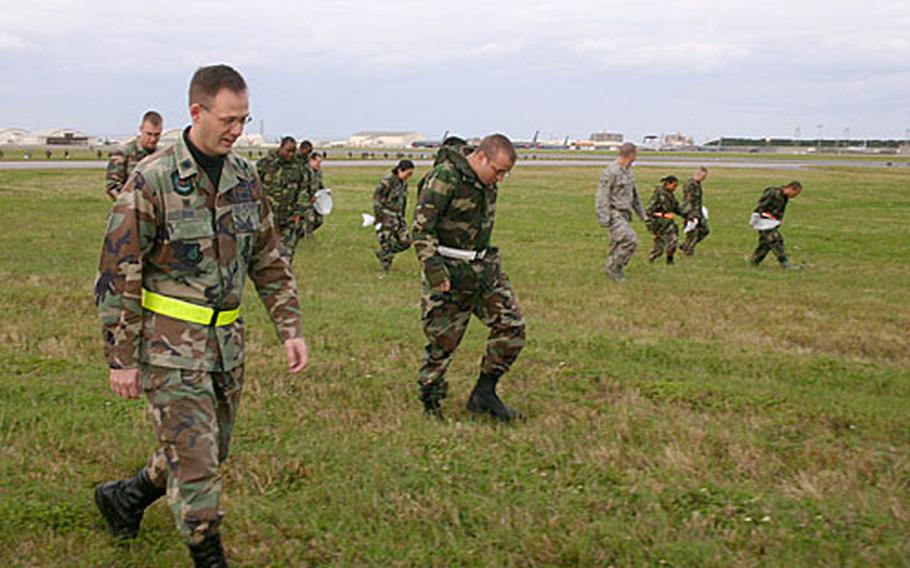 More than 500 other servicemembers cleaned their units&#39; maintenance areas and parking lots at the same time. (Cindy Fisher / S&S)

FOD &#8212; or foreign object damage &#8212; refers to the debris that if left on an airfield could be sucked into a jet engine and damage aircraft.

Airfield personnel look for such material on a daily basis, but once a year Kadena servicemembers gather for a massive search of the air base&#8217;s two 12,100-foot runways and the surrounding maintenance areas and parking lots, said Master Sgt. Warren Rogers, the outgoing 18th Wing FOD program manager.

The annual FOD Walk serves the dual purpose of flight line cleanup and raising awareness about the importance of controlling debris that can damage or disable aircraft, according to Rogers.

The walk was important enough for Maj. Jody Dow, with 18th Logistics Readiness Squadron, to be at one of the runways with about 500 other airmen, sailors and Marines to help out.

Troops searched for loose rubble, trash, lost items and tools and any other materials that didn&#8217;t belong on the flight line. To do this, normal flight operations were suspended from about 4:30 a.m. to about 10:30 a.m., Rogers said.