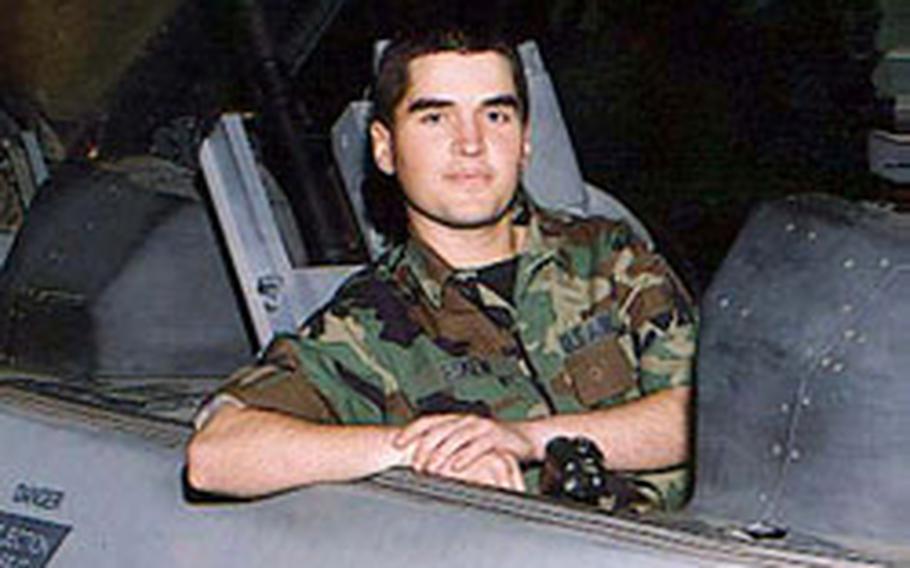 He had been sentenced to life in prison four years earlier for killing a 20-year-old co-worker at Kadena Air Base in November 2001.

But he found himself adrift in the military legal system May 15 when the U.S. Air Force Court of Criminal Appeals set aside the sentence and a separate conviction for obstruction of justice.

He was transferred from the federal prison at Fort Leavenworth, Kan., to Whiteman Air Force Base in Missouri, where he awaited in an unusual &#8220;pre-trial&#8221; detention status while Air Force officials scurried to arrange for a retrial and sentencing hearing.

In less than 70 days after being informed of the decision for a retrial, members of a legal team from Kadena boned up on thousands of pages of trial transcripts, testimony and evidence.

Then they arranged for witnesses and family members of the accused and victim from throughout the continental U.S. and Hawaii to attend a court-martial at Whiteman.

On Oct. 3, Kawai again was found guilty of obstructing justice, again was sentenced to life in prison for murdering Airman 1st Class Charles E. Eskew and again was sent to a cell in Fort Leavenworth.

Kawai, of Hilo, Hawaii, was a few weeks shy of his 19th birthday when charged with killing Eskew, of Great Falls, Mont., in his dormitory room on Nov. 17, 2001.

They both were jet engine mechanics with the 18th Maintenance Squadron.

Co-workers at the time said Eskew continuously was the object of scorn and ridicule by Kawai and others in the unit.

At his original trial, Kawai admitted to strangling and smothering Eskew and stealing some of his possessions, then slitting Eskew&#8217;s wrists to make the death appear a suicide.

But at his sentencing hearing, Kawai contended he killed Eskew at the command of another airman who threatened to say Kawai was homosexual.

That testimony about an alleged threat provided a potential defense the trial judge didn&#8217;t consider, the appeals court ruled in setting aside the obstruction-of-justice conviction.

It also set aside the sentence, citing prejudicial errors during the trial and in post-trial processing.

&#8220;We found out what had happened in June,&#8221; Grant said. From then on, the Kadena legal team underwent a marathon session of cramming for the retrial.

They were joined by chief trail counsel Maj. Jeffrey Ferguson from Yokota Air Base.

&#8220;Witnesses were scattered across the world. Some had already been discharged from the Air Force.&#8221;

A key witness, the airman Kawai had claimed forced him to kill Eskew, was found only three days before the trial, Brugnoli said.

She said many of the witnesses, including members of Eskew&#8217;s family unable to attend the original trial, told her afterward they were glad to take part in the retrial.