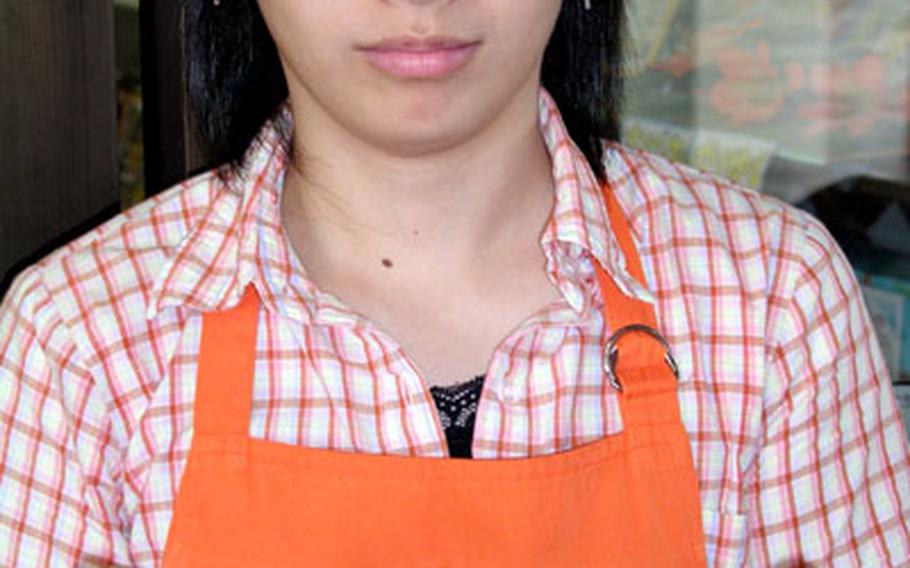 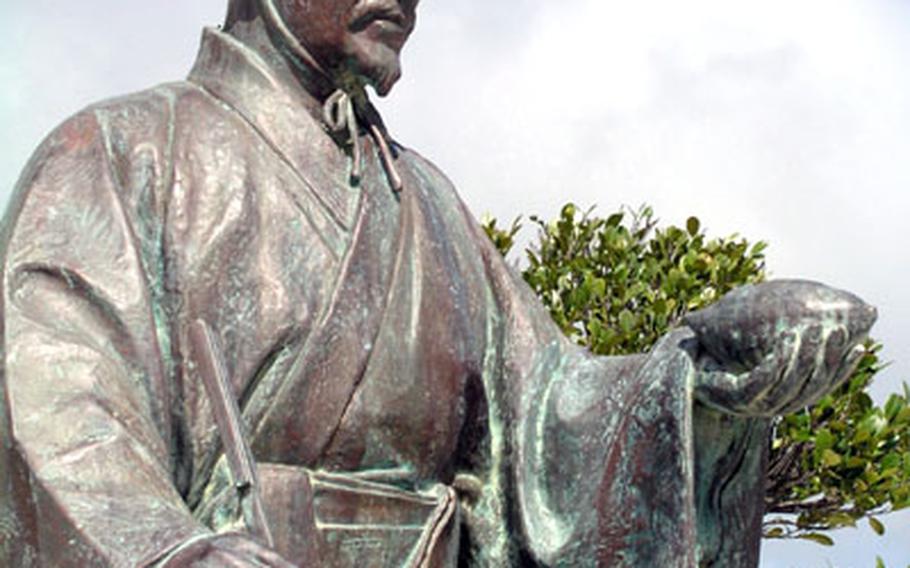 Noguni Sokan is known as Japan&#39;s Father of Sweet Potatoes. His statue is in front of Kadena Michinoeki, an observation spot on Highway 74, across from the runways on Kadena Air Base. (Chiyomi Sumida / S&S) 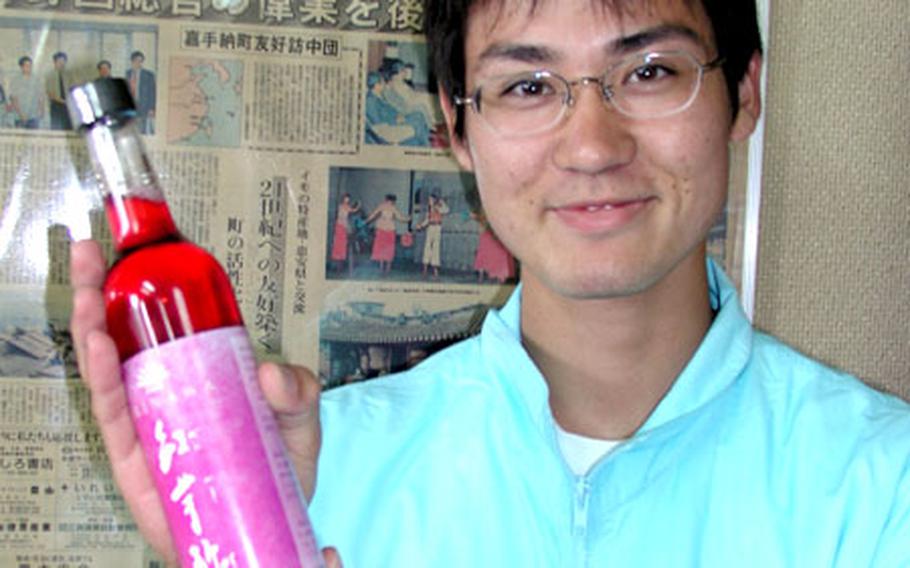 KADENA, Okinawa &#8212; Every day drivers cruising down Highway 58 near the entrance to the Kadena Marina pass a stone monument along the side of the road. Most never pause to learn what it&#8217;s all about.

They can make up for their lack of knowledge this weekend at Kadena town&#8217;s Sweet Potato Festival, which marks the 400th anniversary of the illegal introduction of the sweet potato to Okinawa.

The two-day festival, which starts Saturday, honors Noguni Sokan, a Kadena native who snuck the sweet potatoes from China into what then was known as the Kingdom of the Ryukyus &#8212; an action that saved the lives of thousands of starving islanders.

The festival runs from 10 a.m. to 9 p.m. both days at two sites: Kaneku Beachside Park north of Kadena Marina and Kadena Elementary School on the Hija River. The town will run a free shuttle bus between the two sites.

A festival spokesman said English translators will be at both festival sites.

According to a book titled &#8220;Sweet Potatoes and Noguni Sokan,&#8221; published by the town of Kadena, Sokan smuggled sweet potato tubers to Okinawa, hoping they would flourish in the island&#8217;s thin soil and feed the impoverished peasants in his village. In those days, according to the book, Okinawans suffered from massive famine. In years of poor harvests &#8212; which happened almost every 10 years &#8212; the peasants had little to eat.

The sweet potatoes thrived on Okinawa and soon spread north to Kagoshima and the rest of Japan. High in fiber, they also contain vitamins E, C and B1 and potassium and calcium.

Today, the people of Kadena take pride in their ancestor for his achievement. In the past 400 years, more than 300 varieties of sweet potatoes have been developed, with colors ranging from a whitish yellow to chestnut and a rich purple.

Food prepared according to recipes invented by the people of Kadena over the years will be served at the festival, including sweet potato pies, sweet potato chips, bread, noodles and a more recent concoction: sweet potato vinegar. Sweet potato products from throughout Japan will be sold.