Kadena drama teacher to retire, but show goers on 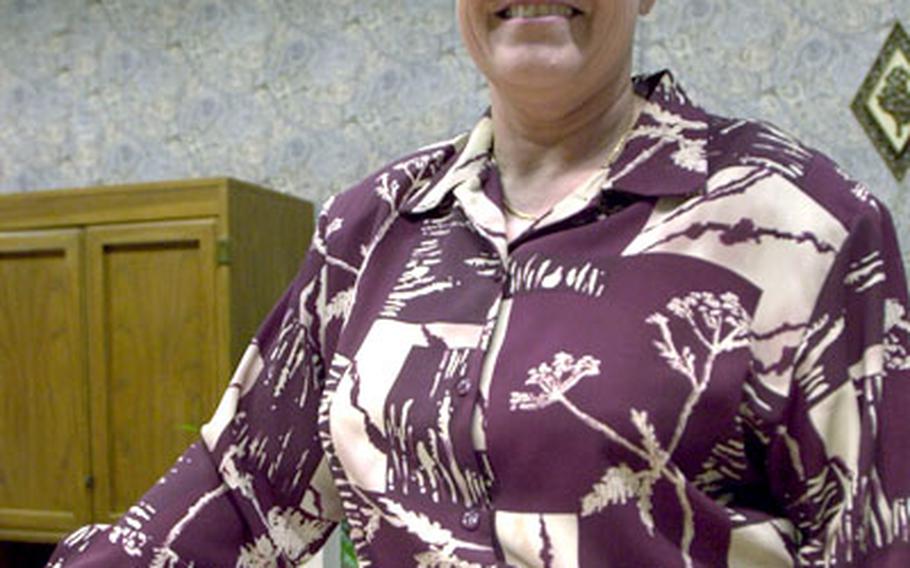 Vickie Briscoe, who started the drama department, stands on the set of her last play at Kadena High School. “See How They Run” was held this weekend and was the same play she began her career with at the high school 25 years ago. She is set to retire at the end of this school year. (Fred Zimmerman / S&S)

KADENA AIR BASE, Okinawa &#8212; Some kind of teenage drama regularly fills high school halls, but for Vickie Briscoe the drama at Kadena High School here has been a labor of love.

Briscoe has worked at Department of Defense Dependents Schools on Okinawa since 1980.

Her first position with DODDS was at the former Makiminato Elementary/Middle School.

She transferred to Kadena High School a year later, where she created the drama department and now will retire this summer after 26 years with DODDS.

When she started the drama department, she began with nothing.

Briscoe filled the empty stage with props, thanks to some Marine friends who helped build the pieces.

Since those early challenges, Briscoe said, the school has held two plays and several one-act dramas each year.

A play is about an 8-to-10-week commitment, while the one-acts require two to three weeks of work.

She said she chose to go out with the comedy because &#8220;I just love it.&#8221; But, she added, every play and cast is different, and she enjoys watching the students perform and take away an appreciation for the arts.

Several of her students think just as highly of her.

Senior Sean Carmichael, who has been in five plays, said Briscoe has taught them &#8220;the art of putting on a good show.&#8221;

Throughout her time with DODDS, Briscoe said, she has not only seen the schools grow in size but also how they&#8217;ve tried to be more like stateside schools. She said the schools also have seen a great increase in the technology used in classrooms.

As her DODDS career come to a close, Briscoe said she will miss the students most of all.