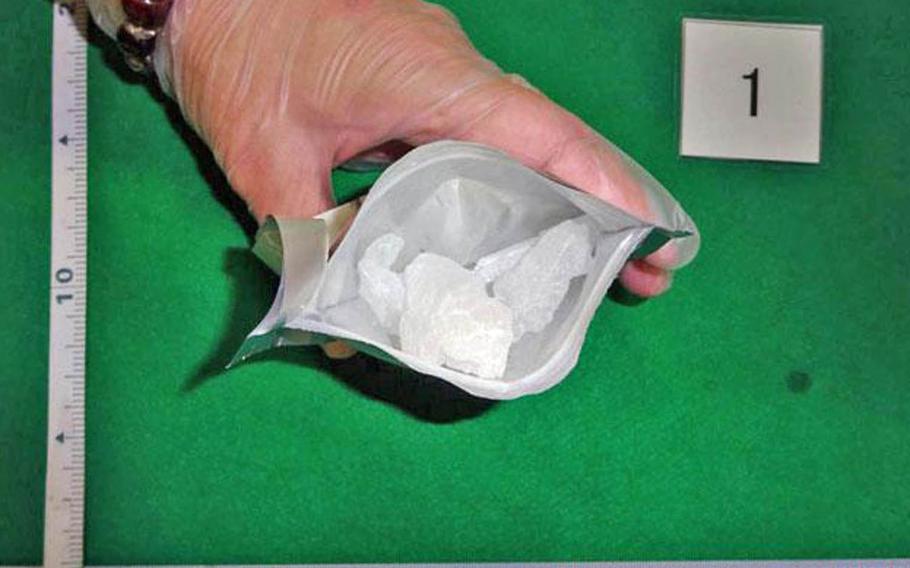 CAMP FOSTER, Okinawa — A civilian employee at Kadena Air Base received a suspended sentence for importing and abusing methamphetamine, a serious and rare crime in drug-averse Japan.

Milton Richmond King II, 51, was sentenced to three years in prison Monday by a three-judge Naha District Court panel but will avoid jail time if he stays out of trouble for five years.

In its decision, the panel cited King’s previously pristine record, confession and remorse.

The judges said they wanted to give King the opportunity to seek rehabilitation in the community. He will likely not face mandatory deportation because he has family ties to the area and will not be subject to drug testing.

King has been in Japanese custody since his April 26 arrest. Police charged him with making arrangements with an unknown individual in the United States to mail 28 grams of the highly addictive and dangerous stimulant, which had a Japanese street value of about $17,800, to his off-base home in the Goya section of Okinawa City.

King admitted to smuggling in the drug and to being addicted. He said he abused meth several times a week beginning in November 2015.

Brevon Kentrell Key, 23, a co-worker of King’s at Kadena, was arrested April 12 and charged with marijuana possession after police found 23 grams at his home in Okinawa City, a police report said. Key’s friend, Jeff Taiyo Robertson, 24, who has Japanese citizenship, was arrested April 10 after police found 13 grams of marijuana at his home in Okinawa City, police said.

The arrests came at a particularly bad time for U.S. military forces on Okinawa, who were already dealing with a series of high-profile crimes, including rape and homicide, that sparked mass protests and calls for the reduction of U.S. forces.