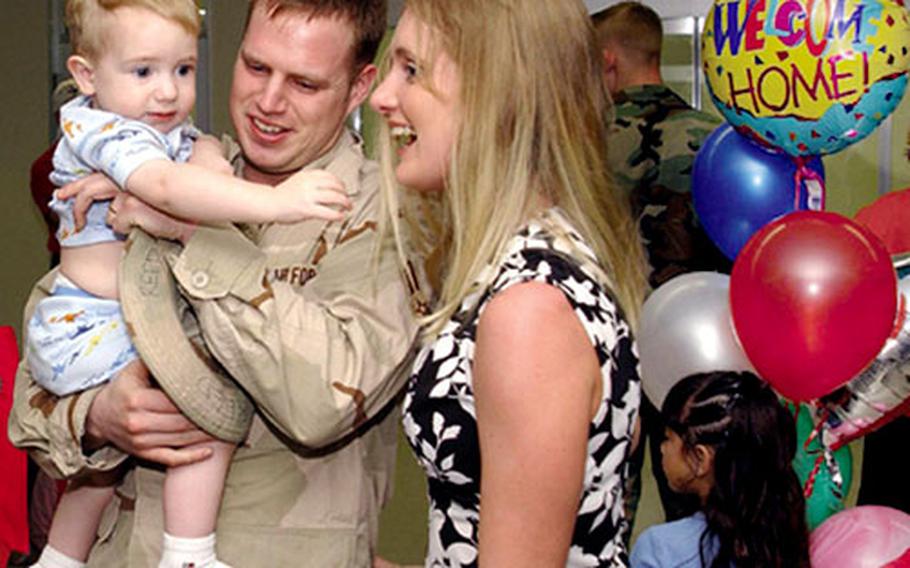 The troops likely will continue to trickle back in coming weeks, Poock said, but U.S. Central Command officials will determine the number and timing of such releases.

Although every Air Force base in the Pacific has personnel deployed in support of Operation Iraqi Freedom, Poock said Friday, to date mostly Kadena-based airmen and planes have returned from the war zone. The Kadena members who have returned include those from the 909th Refueling Squadron and support crews from the air base&#8217;s 18th Wing Equipment Maintenance, Component Maintenance, Aircraft Maintenance, Logistics Readiness and Munitions Squadrons.

On a deployment that originally was to last 90 days, through February, the 67th&#8217;s mission was to patrol the no-fly zone over southern Iraq in support of Operation Southern Watch. But with hostilities looming, the deployment was extended indefinitely.

An undisclosed number of Kadena-based F-15s have been in the region since deploying for Air Expeditionary Force 5/6 in September. The aircraft stayed in Saudi Arabia when AEF 7/8 began in December.

&#8220;We loaded the aircraft with missiles. They went up and waited for something to come up, but nothing came up,&#8221; Reed said.

He arrived April 13, one day before their second wedding anniversary.