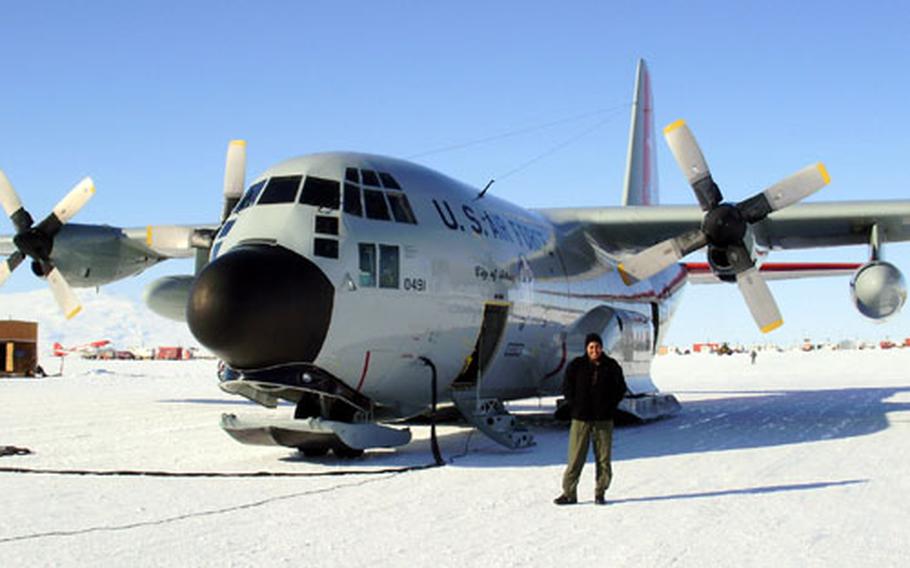 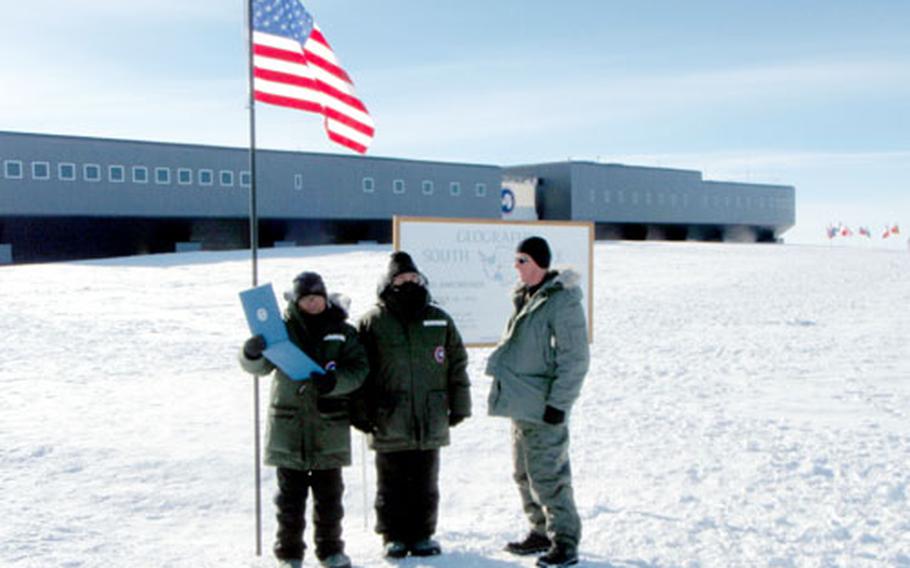 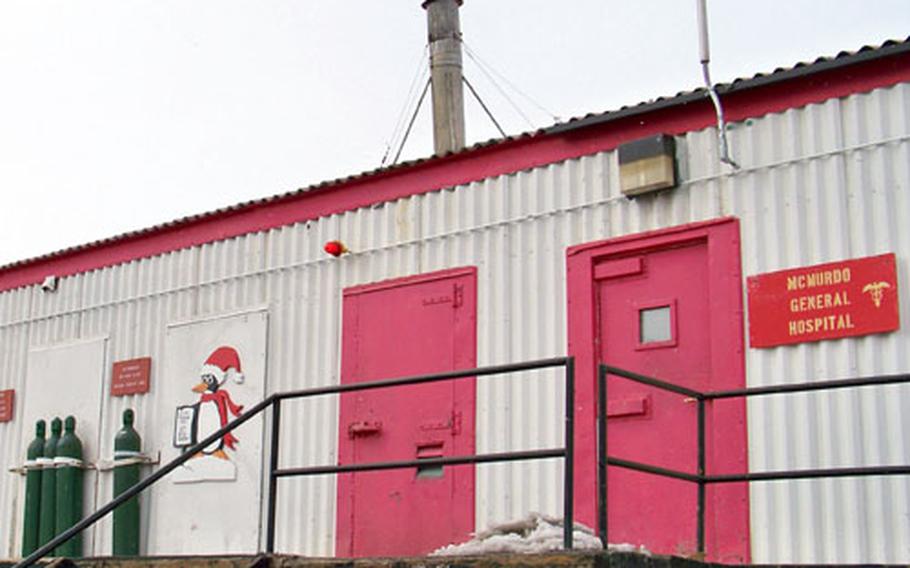 Life is as quirky as it is cold at the edge of Antarctica, where McMurdo Station sits.

Bordered by glacial mountains and ice caves, the science research center there is home to about 1,500 people &#8212; roughly 200 scientists, with the rest providing labor and operations support to the compound affectionately referred to as "The Ice."

To hear Air Force Capt. Sam Millar and Tech. Sgt. Leslie Green describe it, a stint at McMurdo Station is like living an episode of "Northern Exposure," the &#8217;90s TV series about a New York doctor who sets up practice in an offbeat Alaska town.

Down at The Ice, penguins waddle by LC-130 planes that have skis attached as landing gear, while seals beach themselves on the runway.

And the perpetual daylight during the summer months can be a bit of an adjustment.

Millar and Green, both with Kadena Air Base&#8217;s 18th Aeromedical Evacuation Squadron, recently returned from The Ice, where they treated patients at the station&#8217;s General Hospital and helped transport those in critical need to facilities in New Zealand.

Millar, a flight nurse, said the deployment under Operation Deep Freeze was the first for the squadron tasked to provide aeromedical evacuation oversight to McMurdo.

Beginning in September, airmen deployed in groups, spending 35 to 40 days in Antarctica. With a core staff of 10, McMurdo&#8217;s hospital is run more like an urgent-care facility, Green said, as it lacks the sophisticated infrastructure and equipment of an emergency-care facility.

The additional Air Force assistance helped ease some of the strain, said Green, who returned in December after a month there.

"They needed us; they were busy," said Green, an aeromedical evacuation technician. "We lightened their load a lot."

The hospital averaged about 40 patients daily, varying in age from 19 to 81, and treated ailments ranging from colds and fractures to brain tumors and cardiac problems. The severe cases were flown to Christchurch, New Zealand.

Millar accompanied a 27-year-old on an eight-hour flight to New Zealand after the man was run over by a 40-foot flatbed truck he was directing to back up.

So far, the squadron has completed 20 to 25 medevacs, Millar said.

Millar said one of the challenges in transporting patients from McMurdo was ensuring the planes were equipped with the necessary supplies.

Typically on aeromedical evacuations, he said, planes are staffed with a set crew of at least three medics, and supply kits contain all the required IVs, filters and fluids to treat any patient.

But at McMurdo, medical crew and equipment varied with each flight, which meant supplies had to be carefully considered ahead of time, Millar said.

On one flight with a patient suffering from a kidney stone, Millar said he had to calculate how much pain medicine was needed for the eight-hour trip, build an IV start kit and remember specific equipment such as a urinal and urine filter to catch any stone that passed.

"It boiled down to using skill and knowledge," said Millar, who returned last month.

The airmen also assisted in the hospital&#8217;s blood bank program and ran mass casualty drills to help prepare residents on how to respond to emergencies, Green said.

Six airmen will have deployed to McMurdo when the rotation ends later this month. Since Antarctica is considered part of the Pacific Air Forces&#8217; area of responsibility, officials are considering routine deployments there for the squadron, Millar said.

Traveling to Antarctica was the highlight of her deployment, but for Green, the perk was her promotion to technical sergeant in a ceremony at the South Pole &#8212; about a four-hour flight from McMurdo.