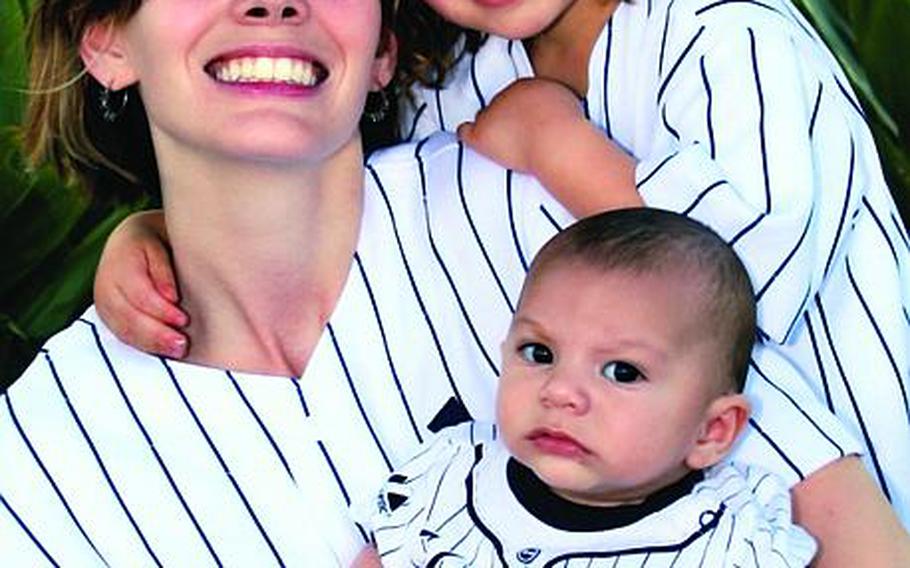 The airman husband of Kelli Abad said Thursday she may have committed suicide after leaving a cryptic note in her abandoned vehicle. Here, Abad poses with her two children for a family photo in 2010. (Janice Cribbs/Courtesy photo)

The airman husband of Kelli Abad said Thursday she may have committed suicide after leaving a cryptic note in her abandoned vehicle. Here, Abad poses with her two children for a family photo in 2010. (Janice Cribbs/Courtesy photo) 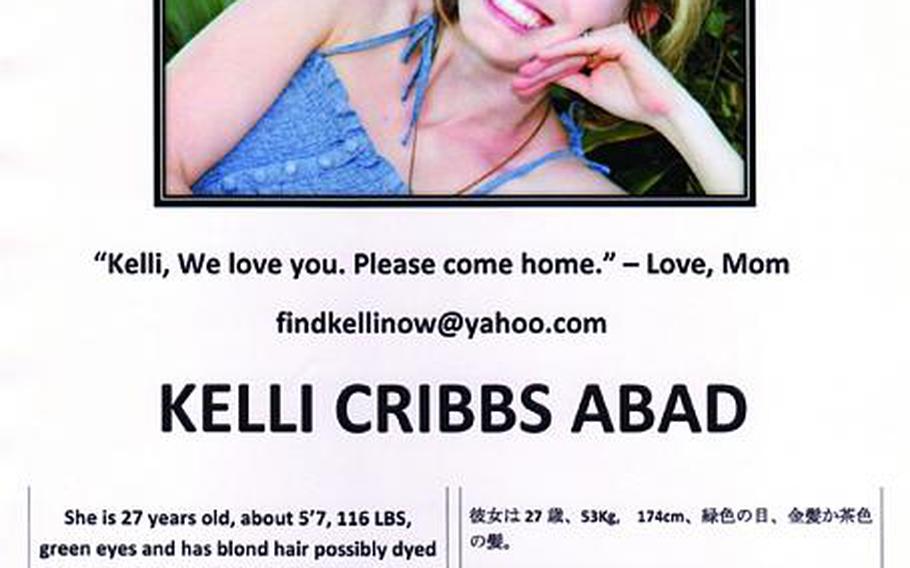 Missing posters went up at military bases and Japanese police stations as mother Janice Cribbs and the Kadena community searched for Kelli Abad. Now, her airman husband says she may have committed suicide. (Janice Cribbs/Courtesy photo) 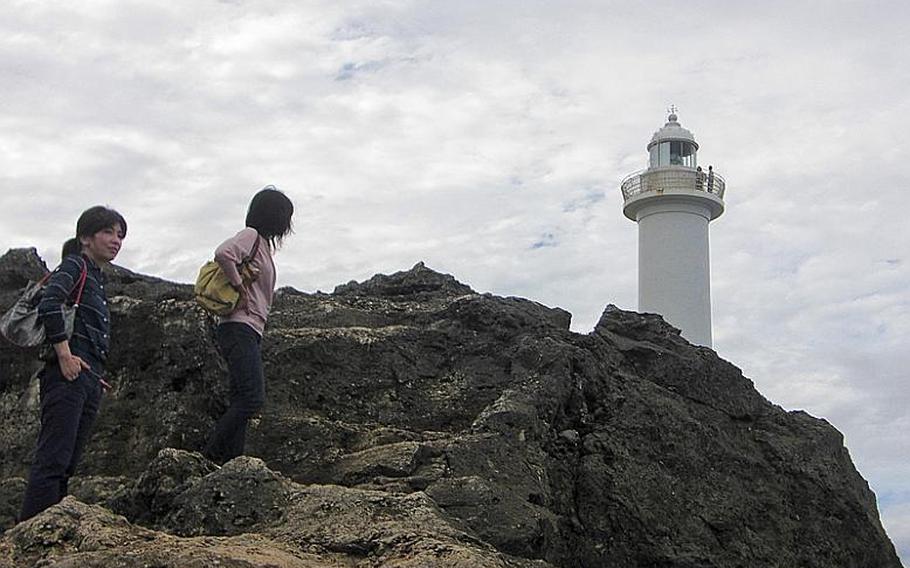 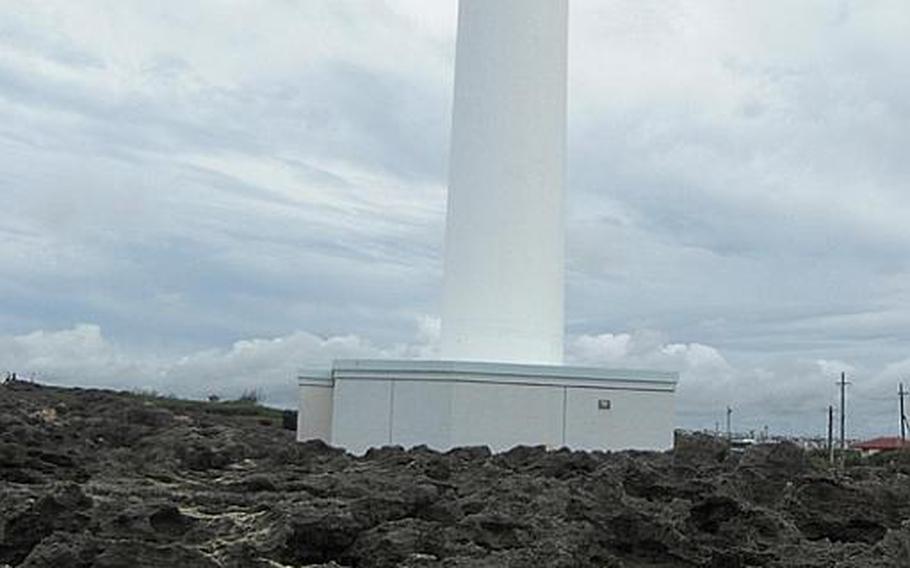 CAMP FOSTER, Okinawa &ndash; The husband of a woman who went missing on Okinawa said Thursday she might have committed suicide, according to an interview he gave to CNN.

Tech. Sgt. Vince Abad told the news channel that a note was found in Kelli Abad&rsquo;s vehicle after it was discovered by police along a rugged coastline two days after she disappeared from her home on Kadena Air Base on Oct. 26.

The handwritten note said, &ldquo;Love my kids. Love my hubby and parents. Bye,&rdquo; he told CNN. Abad, who could not be immediately reached for comment Friday morning, later posted a note on his wife&rsquo;s missing person Facebook page saying the handwriting is being analyzed by Japanese police.

Kelli&rsquo;s family is &ldquo;always hoping for the best &mdash; that she&rsquo;s out there,&rdquo; Abad said. But &ldquo;she might have decided to leave us on her own terms &hellip; Right now, she&rsquo;s a ghost.&rdquo;

A spokesman for Okinawa prefectural police in Kadena Town confirmed Friday that a note was found in Abad&rsquo;s abandoned vehicle and is being analyzed by a Japanese crime lab.

The Air Force and Japanese police still list the 5-foot-7-inch sandy blonde mother of two children as a missing person. Authorities have scoured the rocky shore around Cape Zanpa, a popular coastal area about 10 miles from Kadena Air Base, with helicopters, boats, divers and search dogs after her vehicle was recovered there. No trace of her has been found.

Vince Abad told CNN the couple had fought over the telephone the night of her disappearance, and he had gone to see a pastor who had helped the couple in the past.

When he returned home, the couple&rsquo;s 4-year-old and 22-month-old children were in bed sleeping, and Kelli Abad was gone, he told CNN.

Abad said he believed she had gone to a friend&rsquo;s house to spend the night and did not call police about her disappearance until the next day.

Despite the suggestion of suicide, it is still unclear what might have happened to Kelli Abad in the three days between her leaving the family&rsquo;s home and the vehicle being discovered at Cape Zanpa, said Janice Cribbs, Kelly Abad&rsquo;s mother.

Cribbs, who is on the Okinawa searching for her daughter, said she spoke with Kelli on the telephone the morning of her disappearance and her daughter had asked her for warm winter clothes because Abad believed her husband would soon be transferred to a colder duty station.

There was no indication that Abad was about to commit suicide, Cribbs said.

&ldquo;It&rsquo;s hard to believe,&rdquo; she said. &ldquo;I&rsquo;m just not willing to give up &hellip; When it rains, I still get emotional. I just think of her out there in it.&rdquo;