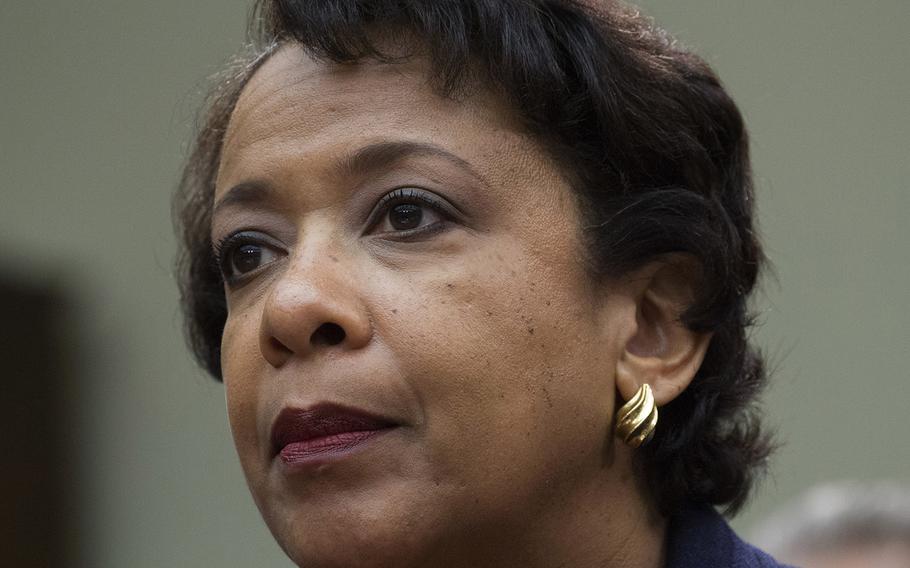 But the firing went against a federal law mandating servicemembers are not discriminated against because of military service. Pfunk took his case to the Department of Labor and, in 2012, the Department of Justice filed a civil rights lawsuit against the company. A $35,000 settlement was announced two years later.

“From 2012 to 2014, it was a tumultuous time for me,” Pfunk, now a staff sergeant in the Army Reserve, told Attorney General Loretta Lynch on Wednesday.

Lynch announced Wednesday that the DOJ would allot more resources to investigate and prosecute cases, such as Pfunks’, on behalf of servicemembers, veterans and their families.

The positions are being added through a new program aiming to better enforce the Servicemembers Civil Relief Act – a federal law that protects servicemembers from incidents such as getting evicted while on active duty and allows them to terminate a cell phone contract or vehicle lease on duty, among other things.

The program will receive full federal funding through fiscal year 2018, the DOJ announced. The department on Wednesday was not able to provide the cost of the additional positions and their training.

In September, the DOJ reached a $4.1 million settlement with Wells Fargo, which had broken the Servicemembers Civil Relief Act when it repossessed 413 cars owned by servicemembers without obtaining a court order.

In 2015, Sallie Mae was forced to mail 77,795 checks totaling $60 million to servicemembers after the DOJ found the company had charged excess interest on student loans.

Maj. Gen. Dixie Morrow, an assistant to the Air Force Judge Advocate General, said Wednesday that the “best example” of why more enforcement was needed was a case involving Capital One in 2012. The company agreed to pay $12 million after the DOJ found it had charged more than the maximum 6 percent interest on credit card and car loans established for servicemembers.

An airman at Davis-Monthan Air Force Base in Arizona brought the issue to his local JAG office, which led to a two-year DOJ investigation.

“A lot of people forget it was just one airman,” Morrow said. “It was learned this just wasn’t affecting one airman at one base, but it went across every jurisdiction in the United States.”

In addition to adding the new attorney positions, the DOJ will appoint liaisons to each of the 93 U.S. Attorney offices throughout the country and in U.S. territories. Their purpose will be to communicate with local servicemembers and veterans about their specific legal troubles.

“This will allow us to make sure we have our finger on the pulse of the needs of the military and veterans community,” Lynch said. “The needs are going to be different at places where there are large military installations, as opposed to where there might be a cluster of VA hospitals. We’ll see different issues come up.”

Scott Hope, a leader within the veterans service organization Disabled American Veterans, said the 93 new liaisons was what he found most valuable of the changes announced Wednesday. DAV frequently hears from veterans and their families with various issues, he said, and the organization will now be able to direct them to someone.

“Our field officers have no idea who to contact,” Hope said. “Getting that information out, having 93 people who are going to be put in place, that’s exactly what’s needed.”