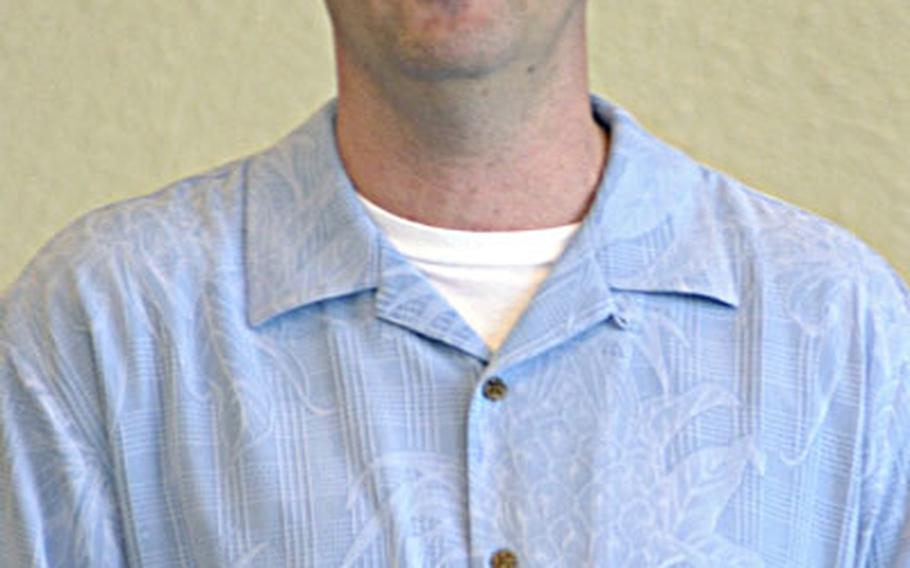 About 25 chaplains and pastors gathered for the American Red Cross Camp Foster station&#8217;s &#8220;Training on Disaster Spiritual Care Services&#8221; at the Butler Officers Club. The training, which is beginning to make the rounds at stateside Red Cross chapters, was conducted by Navy Lt. Charlie Owens, a base chaplain.

Spiritual care is new ground for the Red Cross, which became involved with spiritual counseling after the Sept. 11, 2001, attacks, said Owens, who was a police chaplain for 10 years and provided support after Sept. 11.

&#8220;We were very fortunate to have [Owens] as the instructor,&#8221; said Gary Trotter, the station&#8217;s senior manager. Owens has extensive training in spiritual care in disasters and helped draft the American Red Cross&#8217; protocol for spiritual care training, he said.

The point of the class is to prepare chaplains and pastors to provide assistance with disaster services and disaster spiritual care.

Owens said he hoped the daylong class also would build trust between the chaplains and pastors in the event of a disaster.

&#8220;If something happened here with the military services, the military chaplains would be overwhelmed,&#8221; he said. Owens called the training &#8220;invaluable&#8221; for helping military and local spiritual leaders learn about one another and how to share their resources.

The Rev. Bo Russel of Koza Baptist Church in Okinawa city said he appreciated the opportunity to work with the military chaplains.

During the class, Owens detailed the role of spiritual care in the Red Cross. He outlined the impact of disasters and the spiritual caregiver&#8217;s role in a traumatic environment.