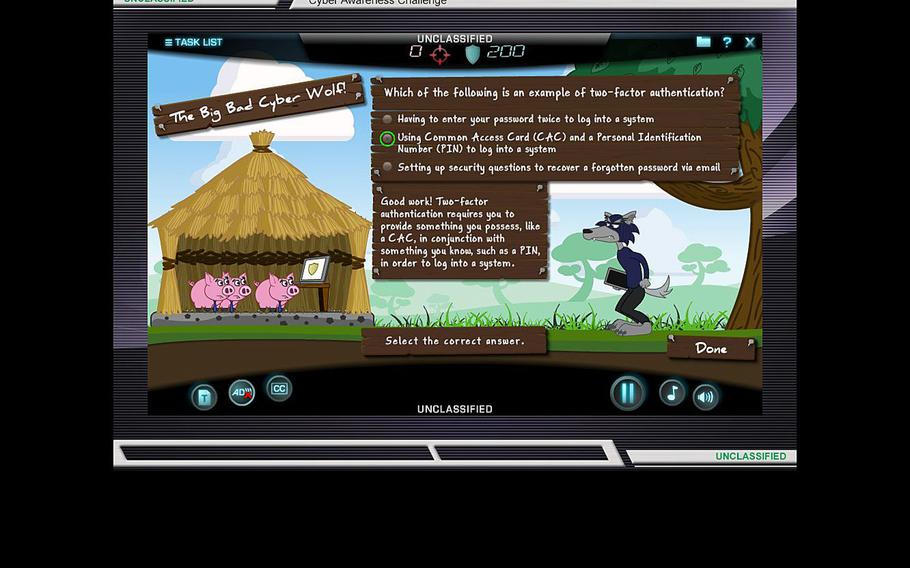 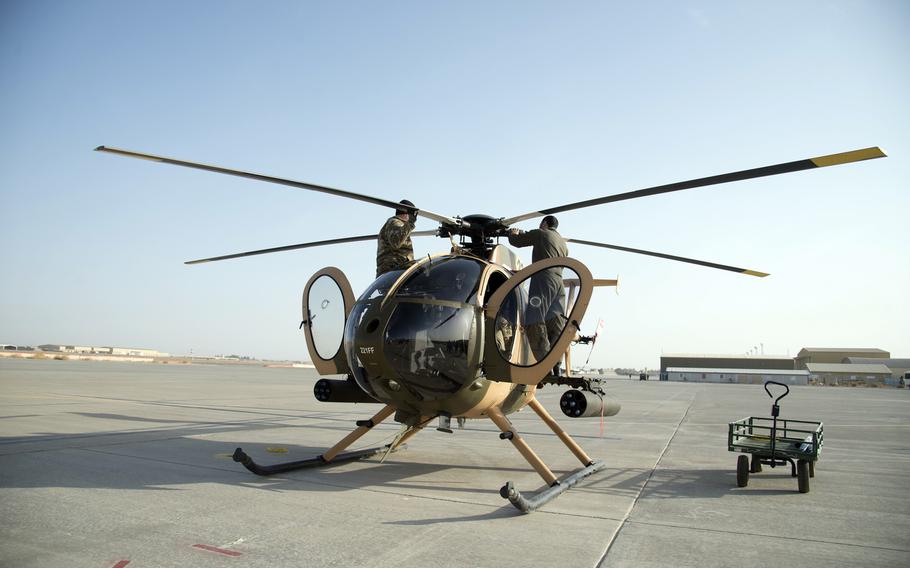 KANDAHAR AIR FIELD, Afghanistan — Military leaders have said they’re overwhelmed by unnecessary training requirements, but seasoned officers at this airfield in southern Afghanistan said they see signs of a turnaround as the Pentagon looks to streamline military policies.

To illustrate the excesses, a group of Army chief warrant officers listed some of the 23 mandatory computer-based modules they had to do before deploying here to train Afghan helicopter pilots. None had anything to do with their jobs as advisers, they said.

Standing on the flight line, the four officers said they’re required to submit three times as many forms to request leave back home as they do to fly an MD-530 Cayuse Warrior attack helicopter over this largely Taliban-controlled Afghan province.

It’s all part of a slew of bureaucratic demands many say has gotten out of control, in some cases affecting unit readiness and contributing to widespread dishonesty as officials “fudge” compliance reports. Now the Trump administration is seeking to lighten the load.

Decisions have not yet been made on reforms aimed at honing training and education, a Pentagon official said last week.

“What you see is the morale … is greatly improved because we’re finally able to do our jobs properly,” said Cornetto, a Pennsylvania National Guardsman with nearly 21 years in the military.

The abundance of mandates was hampering operations, he said. He knew of helicopter crew chiefs getting just 12 hours a week to do their actual jobs. However, room for improvement remains, he said.

Part of the agony is that the class content doesn’t change from year to year, said Chief Warrant Officer 4 Justin Watts, of the Hawaii-based 25th Combat Aviation Brigade, also deployed to Kandahar.

“It’s one thing to do it once,” he said. “It’s another thing to insult someone’s intelligence by telling them the same thing every year. I get it, don’t put a random CD (in a government computer).”

The complaints are not new. An Army War College study in 2002 found that company commanders had 256 training days to cram in 297 days’ worth of requirements each year. A decade later, an Army Inspector General report said leadership at 10 bases complained of “task overload.”

But Cornetto, Watts and others said things have gotten somewhat better in the past 18 months or so, with some commands doing better than others.

Chief Warrant Officer 3 Brent Ely, of the 82nd Airborne Division’s combat aviation brigade and a pilot trainer at Kandahar, said back in Fort Bragg, N.C., his division commander was already trying to “reduce the stupidity” and improve both the unit’s effectiveness and paratroopers’ quality of life.

“By far, he is one of the best general officers I have seen when it comes to listening to the troopers at all levels and then acting on that input ... all by using common sense,” he said of Maj. Gen. Michael E. Kurilla.

In December, the popular Facebook page “U.S. Army WTF! Moments” posted news that Kurilla had slashed the paperwork required for a leave request to one document.

The general declined to discuss his policy changes, said spokesman Lt. Col. Joseph Buccino, “as he would be concerned about coming off as self-promoting.”

Elsewhere in the military, relief from the “huge, overbearing level of training requirements” may not yet have come, said Andrew Swick, a research associate at the Washington-based Center for a New American Security and a former Army infantry officer.

Based on his discussions with around a dozen officers, he said soldiers face greater scrutiny through the Army’s Digital Training Management System, pushing some to fudge the numbers.

A December update to mandated training was billed as reducing the load. A Stars and Stripes review found that it dropped the frequency of some requirements, gave commanders more discretion on others and mandated some, such as training on human trafficking, prior to deployment instead of annually.

However, a unit’s training burden isn’t limited to what’s in the regulation, and it’s not just computer-based or classroom training that gets shirked.

“The system right now is incentivizing letting things fall by the wayside across the board,” Swick said.

For example, a unit in the rotation to deploy to Europe recently did not have enough time to conduct annual weapons training on one of its systems, so a familiarization firing session was counted as fulfilling the requirement, even though it didn’t meet Army standards.

Widespread “pencil-whipping” of requirements like that were detailed in a 2015 Army War College study, which found “rampant duplicity” among Army officers, who reported “hand waving, fudging, massaging or checking the box” to meet the time-consuming requirements. It was part of a tacit system in which Pentagon staff accepted the information they knew was often flawed.

Army War College professors and retired officers Leonard Wong and Stephen J. Gerras focused on the Army for the study, titled “Lying to Ourselves: Dishonesty in the Army Profession,” but said the issues pervaded the military and extended beyond false reports of compliance with training requirements. “Bending the truth” in combat zones frequently led to dishonesty in assessments of partner forces, they found.

The authors called for restraint in issuing requirements and a willingness to accept the political risk of reducing the existing mandates.

Despite initial pushback from the Army’s senior ranks and a “no kidding” from others, the services began to initiate changes, with the Army letting two-star generals cut some requirements, and the Air Force committing to slash computer-based training by 40 percent, Wong told Stars and Stripes.

“The culture change is definitely not complete,” Wong said. “But I’m encouraged that leaders are feeling more empowered to use their judgment.”

Many requirements were created to “cover your ass” as a unit commander, said Donald C. Bolduc, a recently retired brigadier general. But during four years as head of Special Operations Command Africa before retiring in October, Bolduc said he cut the requirements burdening tactical units by assuming more responsibility.

Such command-level decisions are personality dependent, he said, and he underscored the need for the Pentagon to issue a higher-level policy on the matter sooner than later.