Just in time, 557th made it home for Christmas 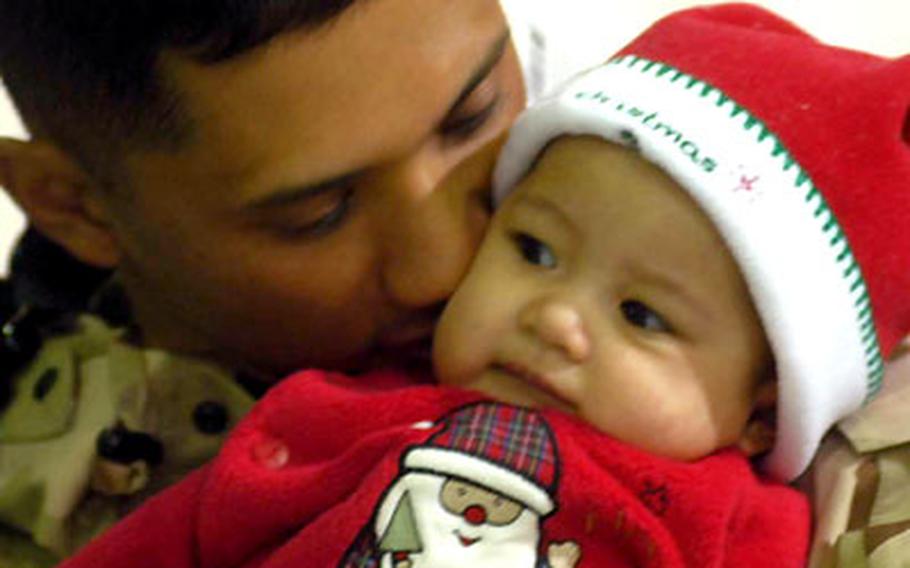 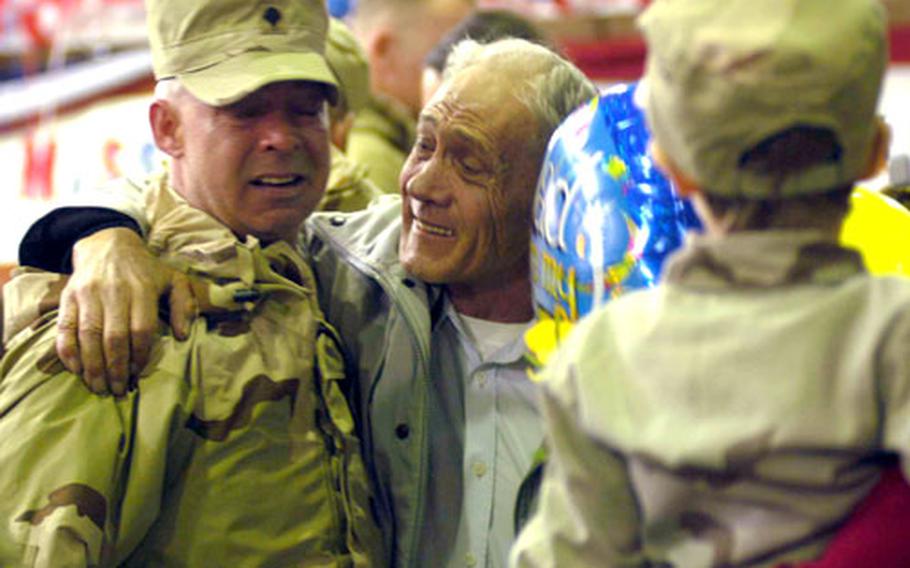 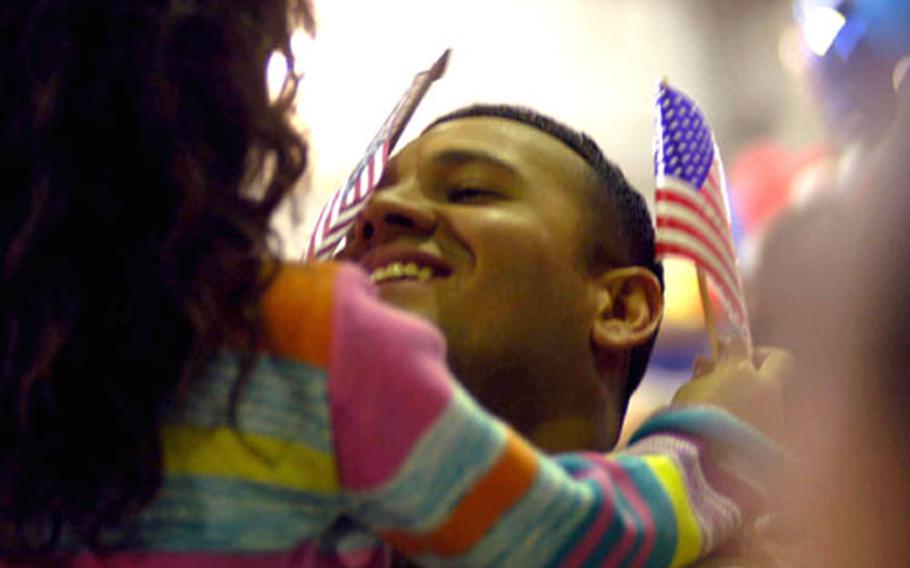 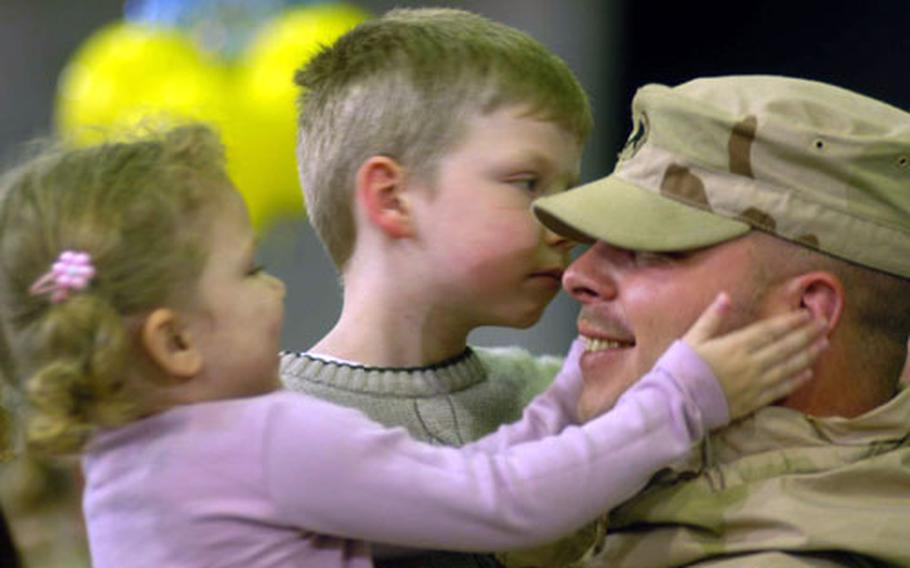 Two-year-old Abagail Vice gets a good look at her father, Sgt. William Vice, while the happy dad holds her and her brother Yankton, 6, at Wiesbaden Army Airfield on Friday. (Ben Murray / S&S)

That&#8217;s where family members and friends of soldiers in the 557th Medical Company (Ground Ambulance) waited eagerly in a hangar at 4 a.m. Friday, all but ignoring poor Santa when he did show up bearing candy canes and gift bags.

The dozens of wives and children had more important people to see, frankly, with their loved ones just minutes away after almost a year of being deployed in Iraq.

Anna Curlee, a co-leader of the unit&#8217;s family readiness group and whose husband is a captain in the 557th, said she asked 5-year-old daughter Jenna whom she was more excited to see on Christmas Eve, the man in the red suit or the one in the tan uniform.

Jenna told her &#8220;daddy coming home&#8221; was more exciting than Santa&#8217;s arrival, Curlee said, in a story that was repeated several times that morning.

Several wives said Friday that the bustle of the holiday season served as a welcome distraction from counting down the hours to the day when the 557th would return.

A total of 109 members of the 557th returned to Wiesbaden on Friday, after spending more than 11 months performing the dangerous work of traveling with ground convoys, providing first-response medical care to troops hurt in ambushes, accidents and attacks. Two other members remain downrange to help bring back equipment.

The 557th&#8217;s battalion commander, Lt. Col. Kyle Campbell, showed visible pride when talking about the accomplishments of the soldiers, calling them &#8220;the best medics that the Army has to offer.&#8221; Many of them are only 19 or 20 years old, he said, who have had the tough job of administering aid to men and women wounded in convoy attacks and rushing them to medical facilities.

The unit&#8217;s 40 ambulances were &#8220;literally all over the place&#8221; in Iraq traveling with the convoys, where they evacuated 5,258 people and drove 179,000 miles of dangerous road without suffering a serious wound or battle death, Campbell said.

Their efforts, he said, helped provide reunions similar to the 557th&#8217;s Christmas Eve gathering for countless other American families.

Another company of 121 medics under Campbell&#8217;s command, the 45th Medical Company (Air Ambulance) returned just two days before the 557th, also without suffering a loss, after airlifting 3,823 soldiers to safety over the course of its deployment in Iraq, he said.

With the biggest and best gifts of the holiday season already taken care of for families of the 557th, several said they were planning to just take it easy over the next couple of days.